Hatched back in 2006, club members (and architects) Richard Cole and Robert Hopton began the task of tackling the treacherous and decrepit. The result of their exhaustive and occasionally inspired labours – and those of countless club members – is a remarkable new home to more than 1,000 club members and countless community groups.

The switch to performance glazing is instrumental in this surf life saving club making the most of its pivotal position as social and sporting hub. Viridian provided assistance in accessing Smartglass™ SP30 Neutral Panoramic glass to help the club achieve its design potential.

Re-invention of Sydney’s Avalon Surf Life Saving Clubhouse might have taken an elephantine, slow-mo, eight years, but the wait has paid off.

Hatched back in 2006, club members (and architects) Richard Cole and Robert Hopton began the task of tackling the treacherous and decrepit. The result of their exhaustive and occasionally inspired labours – and those of countless club members – is a remarkable new home to more than 1,000 club members and countless community groups.

Architecture can lose its way in pursuit of the eye-catching form for passers-by but failing to deliver for occupants. Grounded in the realism of function, Cole and Hopton ensure that much like a slender, skeletal surf-boat, their design is every inch the lithe, athletic performer.

If the architects needed reminding, their clubhouse credentials were resting on the result. Both were instrumental in the conception generation, design, approval, funding, documentation and construction of the $3.15 million facility made possible with the goodwill required of a volunteer organization,

In desperate need of rescue from the ravages of time and tide, the previous clubhouse was a sad, badly weathered brick box with few redeeming qualities. The original club-house, circa 1933 with ad hoc additions and renovations over the intervening years, was weather ravaged, dilapidated and fraught with council planning overlays.

Richard Cole spoke with Peter Hyatt about a design very much created from the inside out.

This is a vast leap forward from the old clubhouse.

Richard Cole: It’s a transformation. With the old one falling apart, the club needed to stop the endless yearly spend on maintenance.

How mindful was management of the competition not simply in open water, but the quality of competing club-houses?

We were very mindful. We wanted a community building of high quality. With funding so tight there are significant financial constraints on most clubs and so there certainly wasn’t an open-chequebook.

Schools of architecture don’t specifically teach the surf life-saving club-house design? How did you approach this?

It’s not unlike how an architect might approach residential architecture. You certainly consider the building’s fit in the landscape. This was at the forefront of our work. I’ve been a member of the surf club for a decade, done patrols and nippers. Just using the old club and knowing the organization from the inside was probably the most informative influence on the way this has been designed. It needed to be a single building, yet had quite a complex brief for multiple uses. Flexibility of use was the key.

Did you envisage a design with a strong presence, or consider housing the various needs and grow the answer from the inside out?

Planning regulations meant we were restricted to the old clubhouse footprint. Rather than a totally new build from the foundation up, we were forced to perform a major renovation. It couldn’t be a completely new building due to the coastal engineering requirements. A new building would have meant setting the entire structure back 50 metres, placing us somewhere near the lower car park where there is no beach view.

What are some of the new facilities?

What about its narrow-volume shape?

The roof shape reflects the abstract form of sand dunes and the plane of the ceiling and eave echoes the plane of the ocean and horizon. Glass provides unobtrusive flexibility and thermal performance. The building is naturally ventilated and highly insulated. It uses minimal energy and collects its own rainwater and solar power.

Once you met the operational requirements, what other attitude did you want it to reflect?

Flexibility is vital. One of the key design decisions was the substantial circulation space that opens to the clubroom, lounge bar and entertaining spaces. We have some big functions for those events that can be operated independently, or be opened right up. The restaurant and café will have a commercial operator.

What is the breakup of community use versus surf club?

It’s open to a pretty wide range from school groups to yoga sessions. The surf club operates mainly on Sundays for the nippers training, and there are bronze, proficiency and Surf Rescue certificate training sessions most weeknights. The bar operates on Fridays and Sunday afternoons and there’s gym training every weekday. Plenty of clubs feel like they are private and members of the public aren’t welcome. Ours is definitely designed to be much more inclusive.

Was it obvious from the outset that it would have this linear form?

We considered various options, but it felt appropriate to follow the line of Avalon Beach. It’s one big sand dune and this linear structure offers the best opportunity for beach access, storage and better views from the first floor areas which essentially are the living and high usage areas.

With a great long balcony everyone can use and narrow body to the building means great cross-ventilation and natural daylight. There’s no air conditioning in the building so naturally it works well. The roof truss and form was essentially an economic decision. It also reflects the shape of the dune and with a shell-like leading edge.

Glass is a critical connector to the whole setting. It’s instructive to consider the body of your work that you’re obviously very conversant and comfortable with the material.

That’s absolutely true. It’s intrinsic to allowing the club-house to function in a sustainable, low-energy, way but it also offers a wonderful amenity that really just seems so logical now that it is open and operating. There’s a quality of light and pleasure of experience that feels incredibly relaxed and appropriate to beach life and culture. And of course, it is glazing in that context of being able to open up and close down as required which fits that whole ethos here of design flexibility.

What did Viridian’s assistance mean?

Well we simply couldn’t have afforded the higher spec glass. Part of our funding structure was to seek assistance from the building supply community. The club enjoyed a fantastic response from a few suppliers, particularly Viridian. They really came on board in a fantastic way by upgrading to a higher spec of materials. It was brilliant to obtain their SmartGlassTM. It had a huge impact on the appearance, experience and long term running costs of the building.

You’ve ensured the glazing isn’t simply accessible in operation but for cleaning.

It’s a project that needs to be well looked after and cleaned regularly. One of the benefits of those wide balconies means that all windows are within easy reach.

Does the noise of surf enter the building to disrupt the contemplative yoga session?

We haven’t found that to be a problem. The sound of the ocean is quite soothing and it’s not in any way intrusive or overwhelming. When the doors are closed the sound of the surf is remarkably well baffled.

Earlier you mentioned sustainability. Just how does the clubhouse feel in extreme weather?

We recently had a 40 degree day and there weren’t any major heat issues. We can regulate sea-breezes throughout with those sliding doors and windows. When the wind picks upon the south-east ocean side, we simply open it up to the west. The use of Viridian performance glazing is also a contributor to temperature management and ambience of the building.

How easy are glass walls and doors to operate?

There’s quite a few large panels that might need to be quickly opened up or closed right down. Some of these present as a big stack of doors. We haven’t had any issue with their operation. If it is quite windy we just crack them open to get a little bit of airflow. They’ve been working very well. A surf club has to be robust because of the environment and very high usage. You need simple, straightforward systems that work well.

The response has been overwhelming. Most people who walk up the entry stairs and take in the vista are pretty astonished. They get this post-card experience and iconic beach image. Standing on the balcony, or from one of the upper level rooms and looking out to sea to the breaking waves is a fantastic experience. The design and materials really helped to shape that experience and it’s working. There are so many people within the club who volunteer and freely commit enormous amounts of time and skill. It is very rewarding to have been able to contribute to a building that facilitates that dedication. 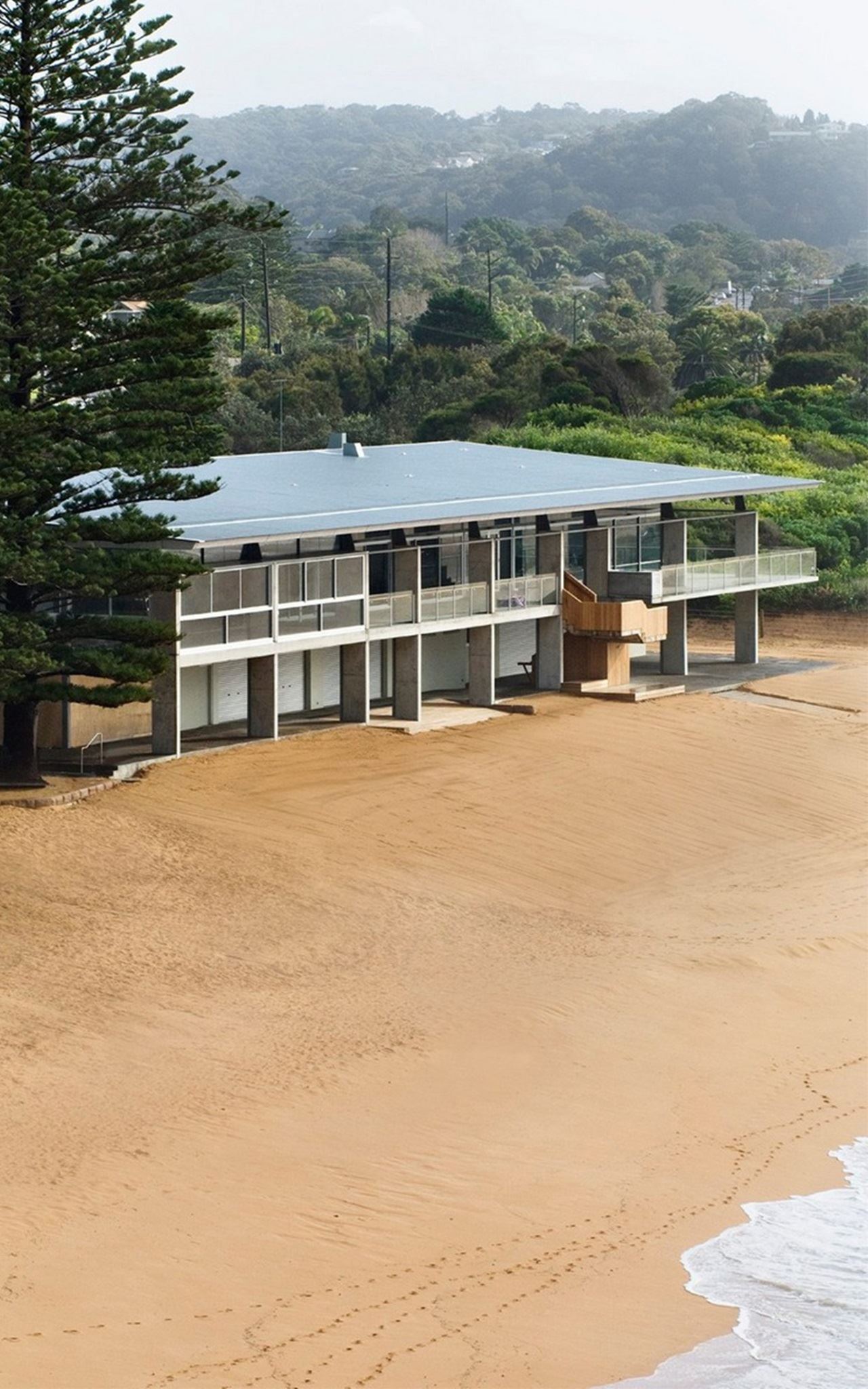 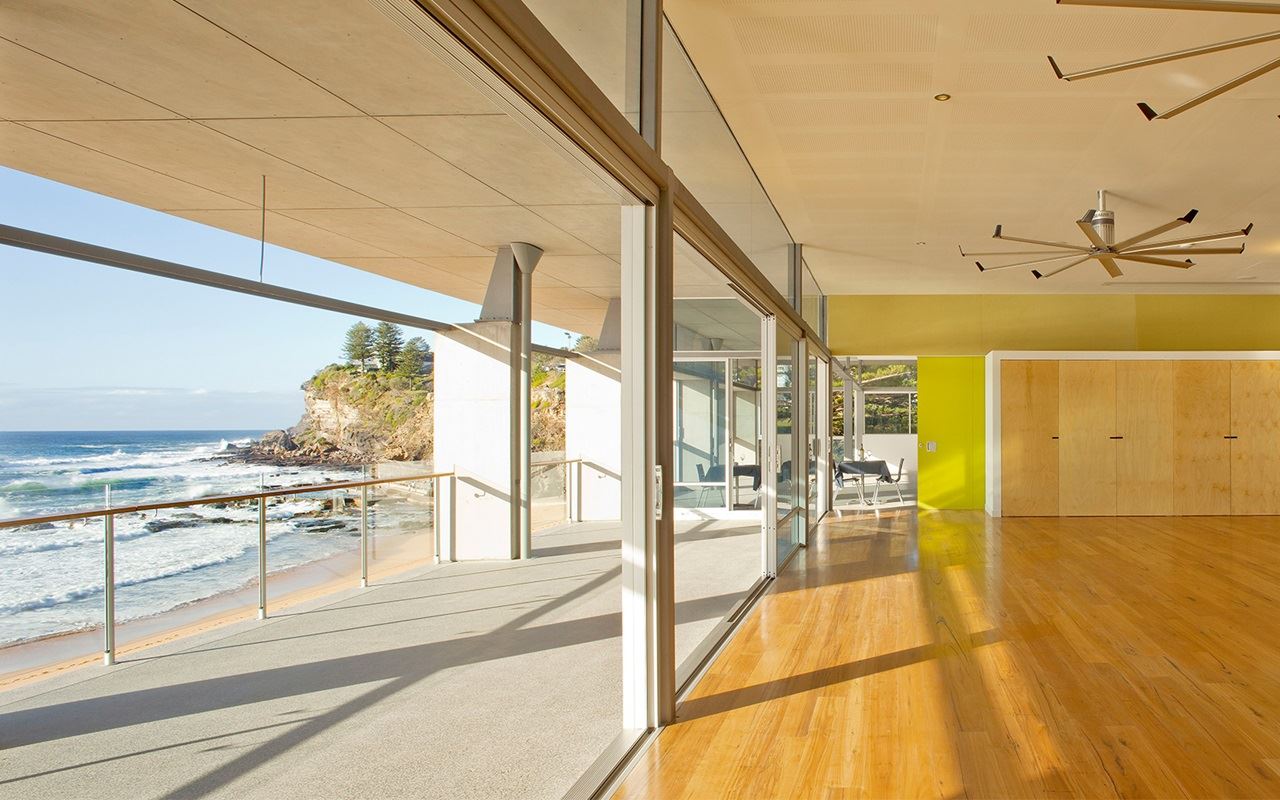 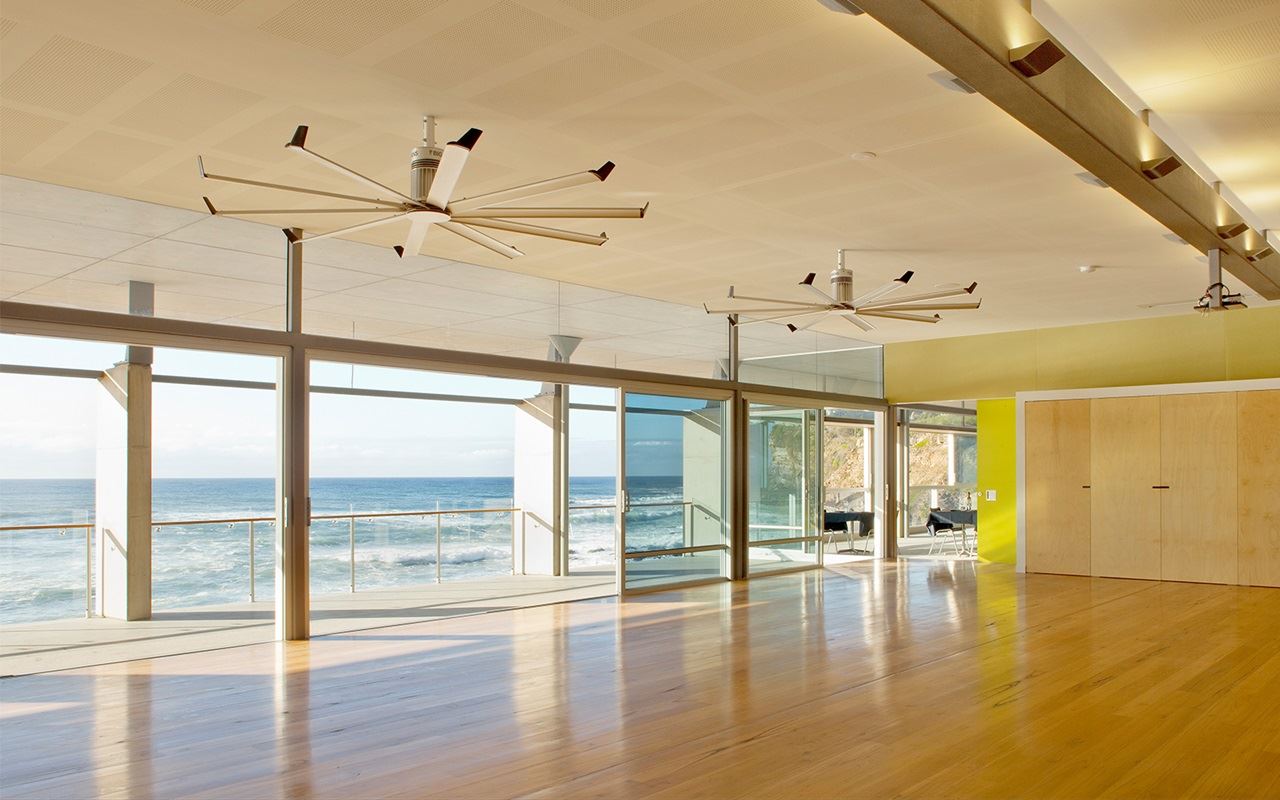 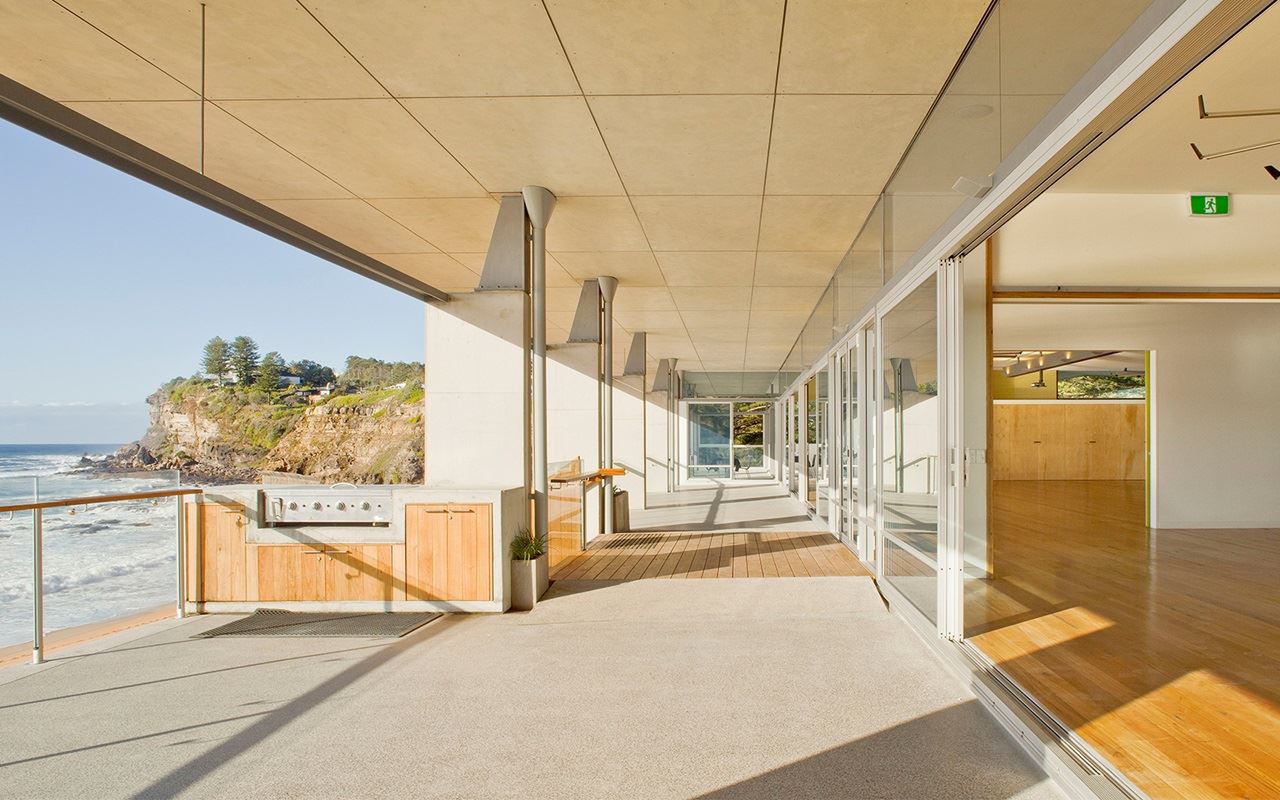 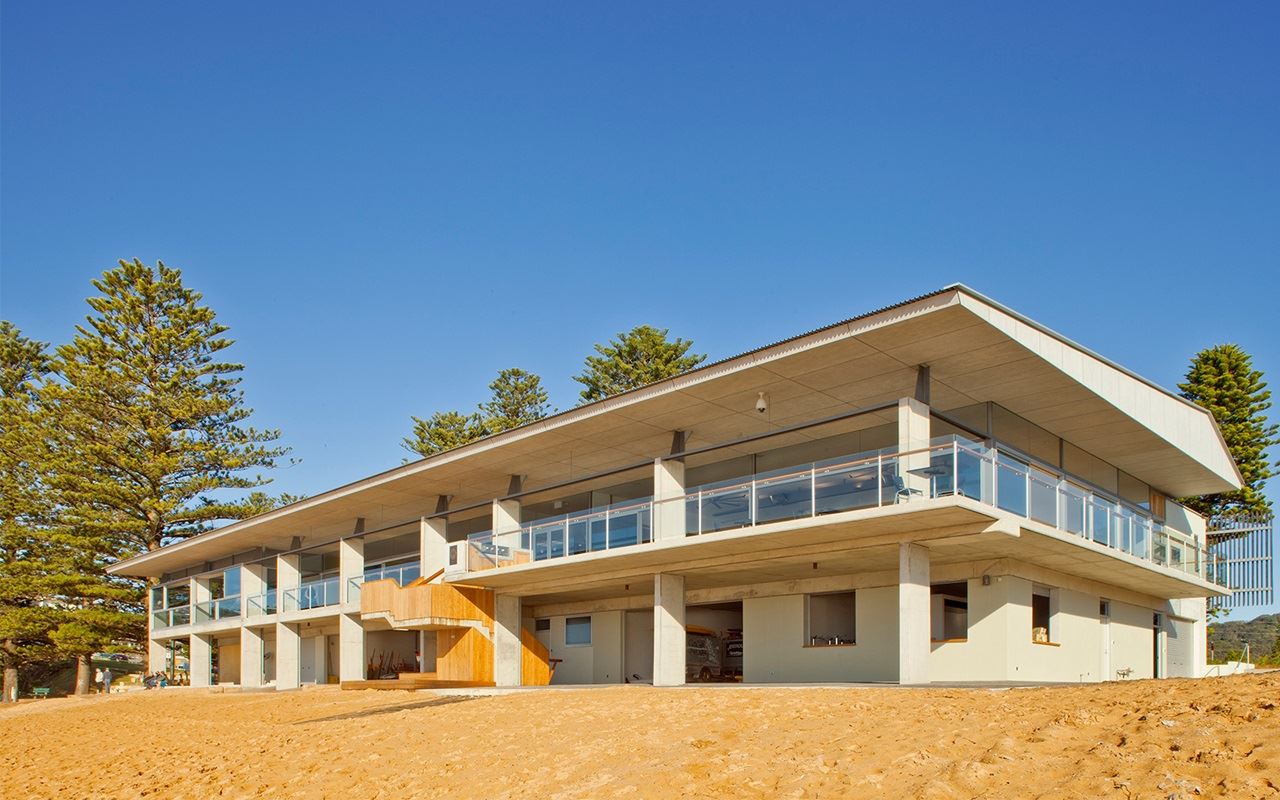 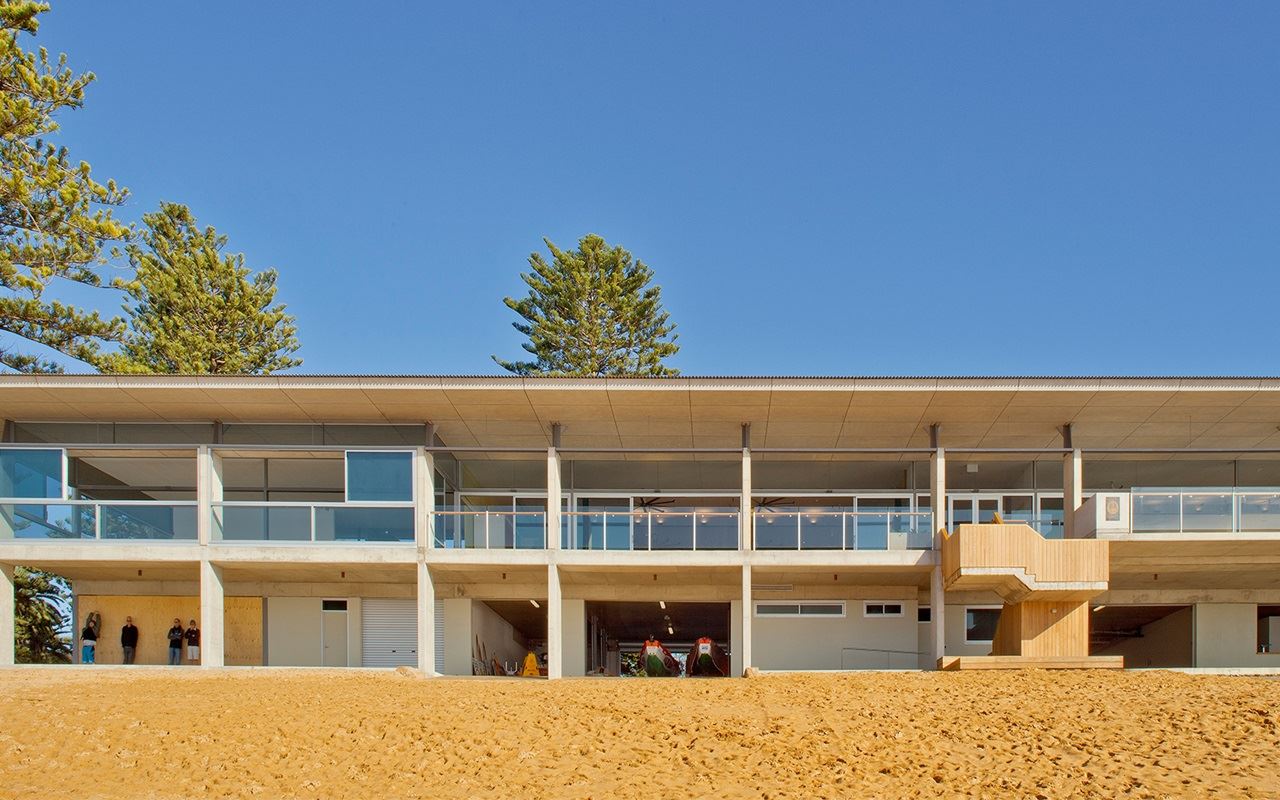 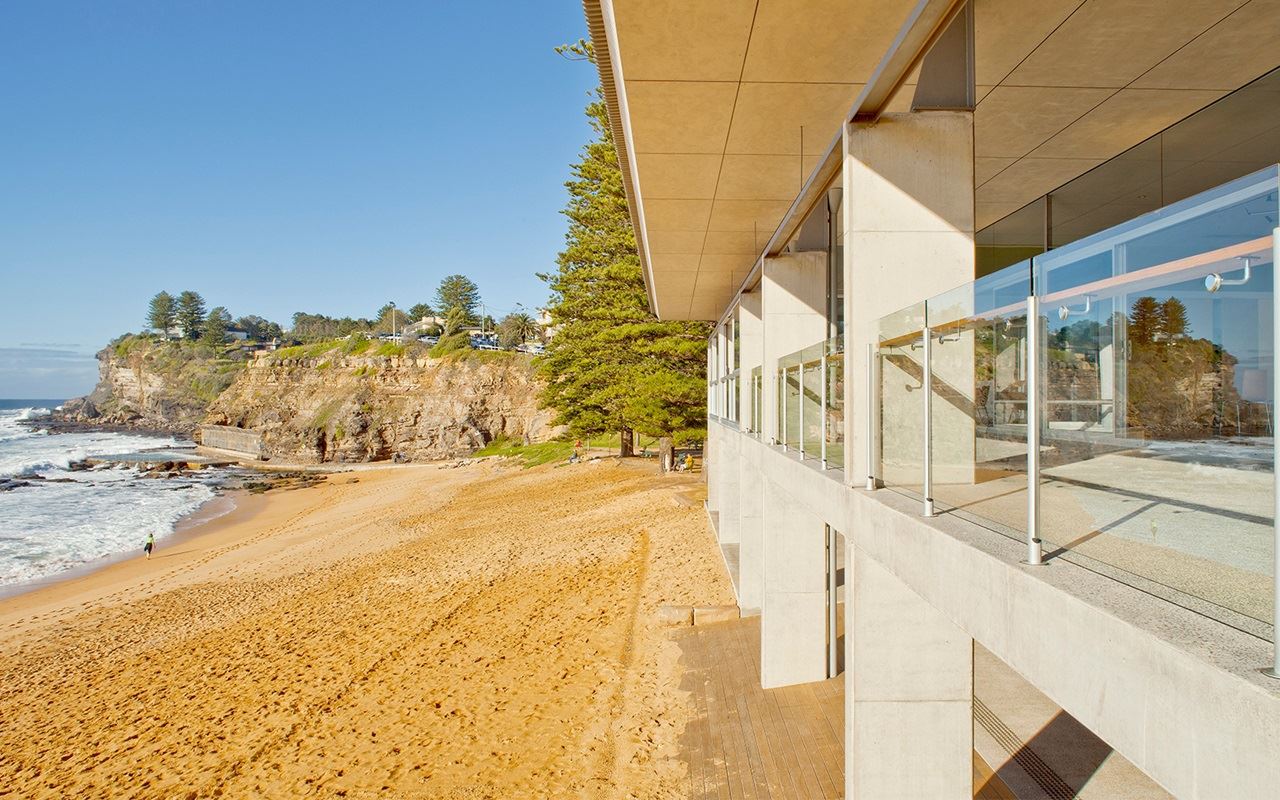 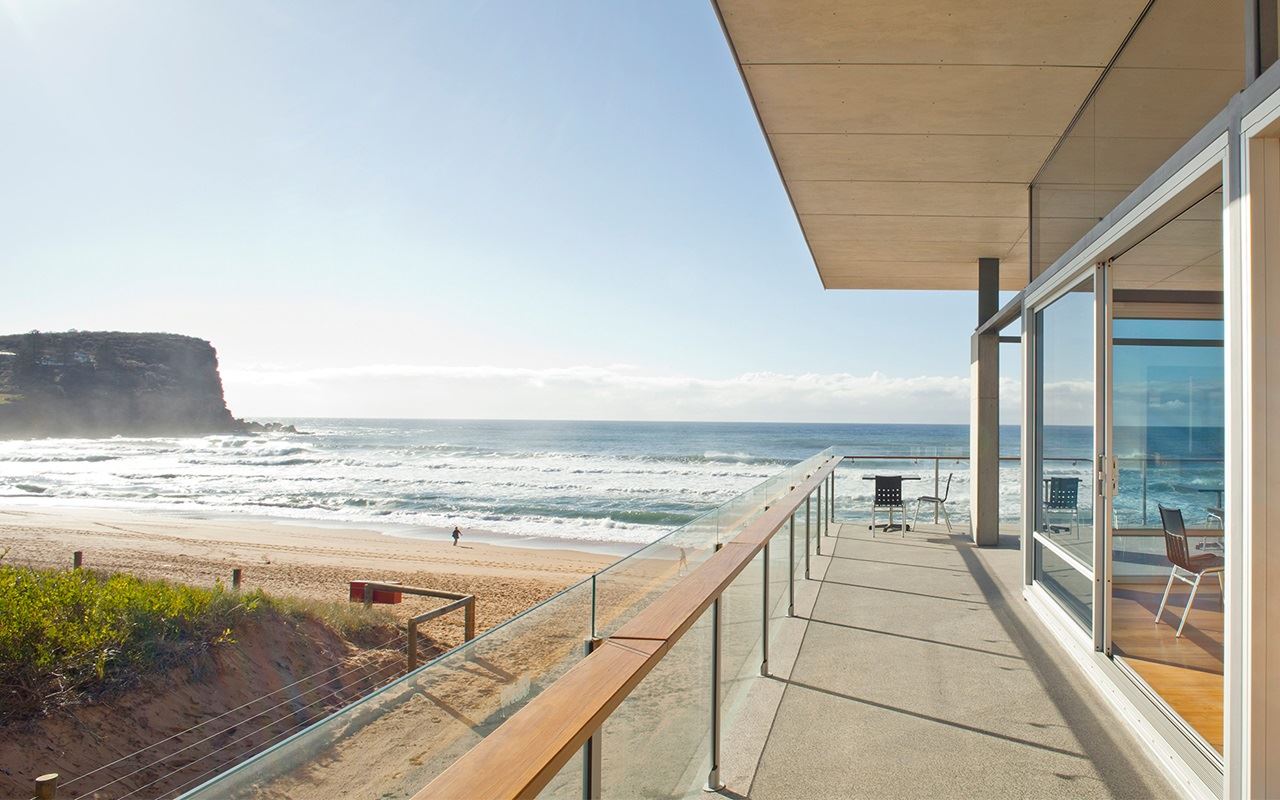 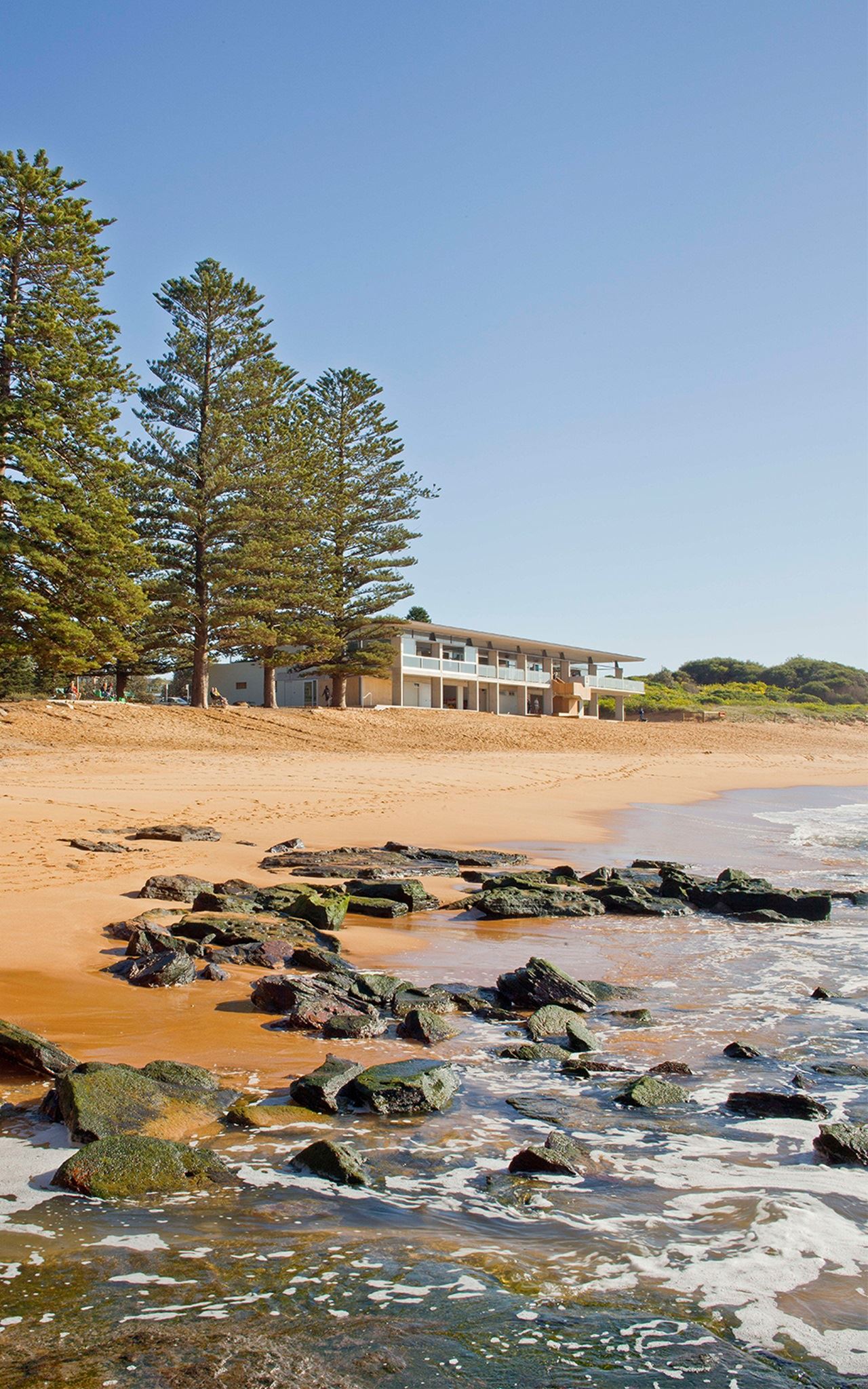 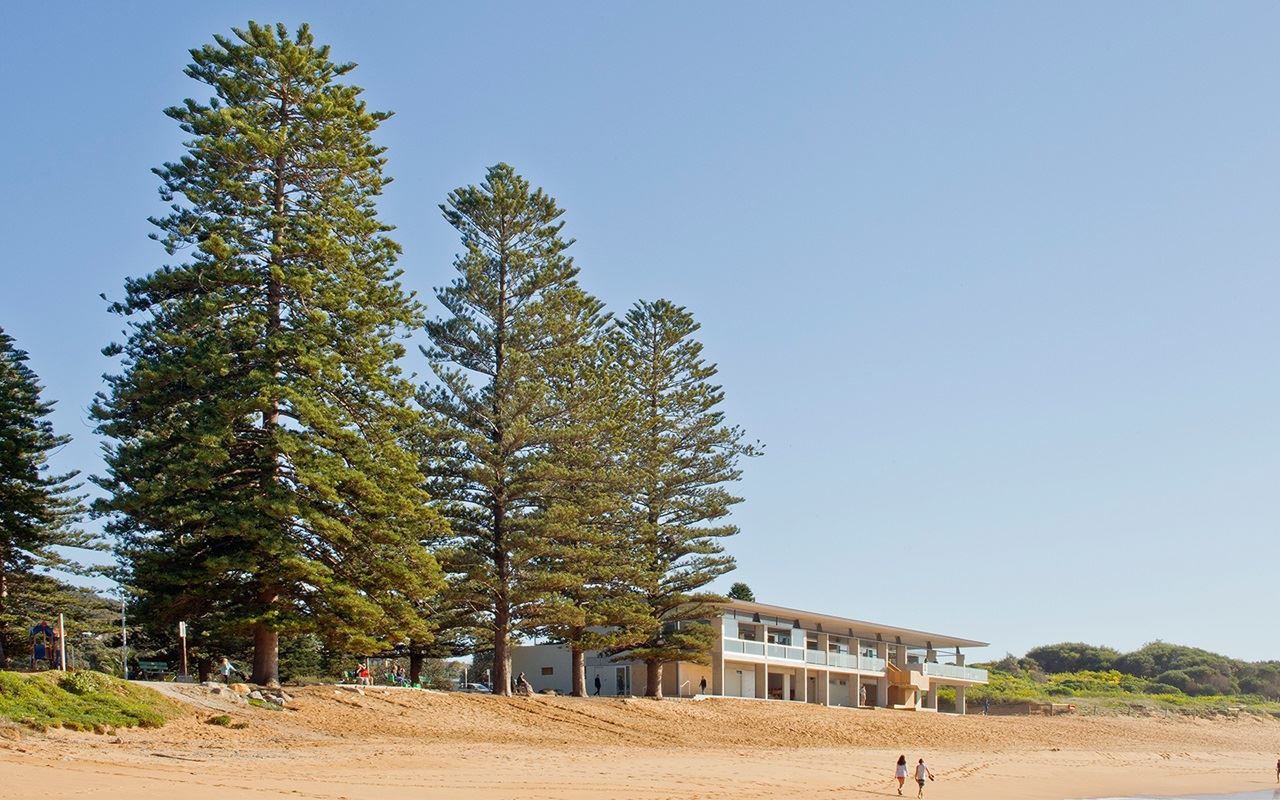 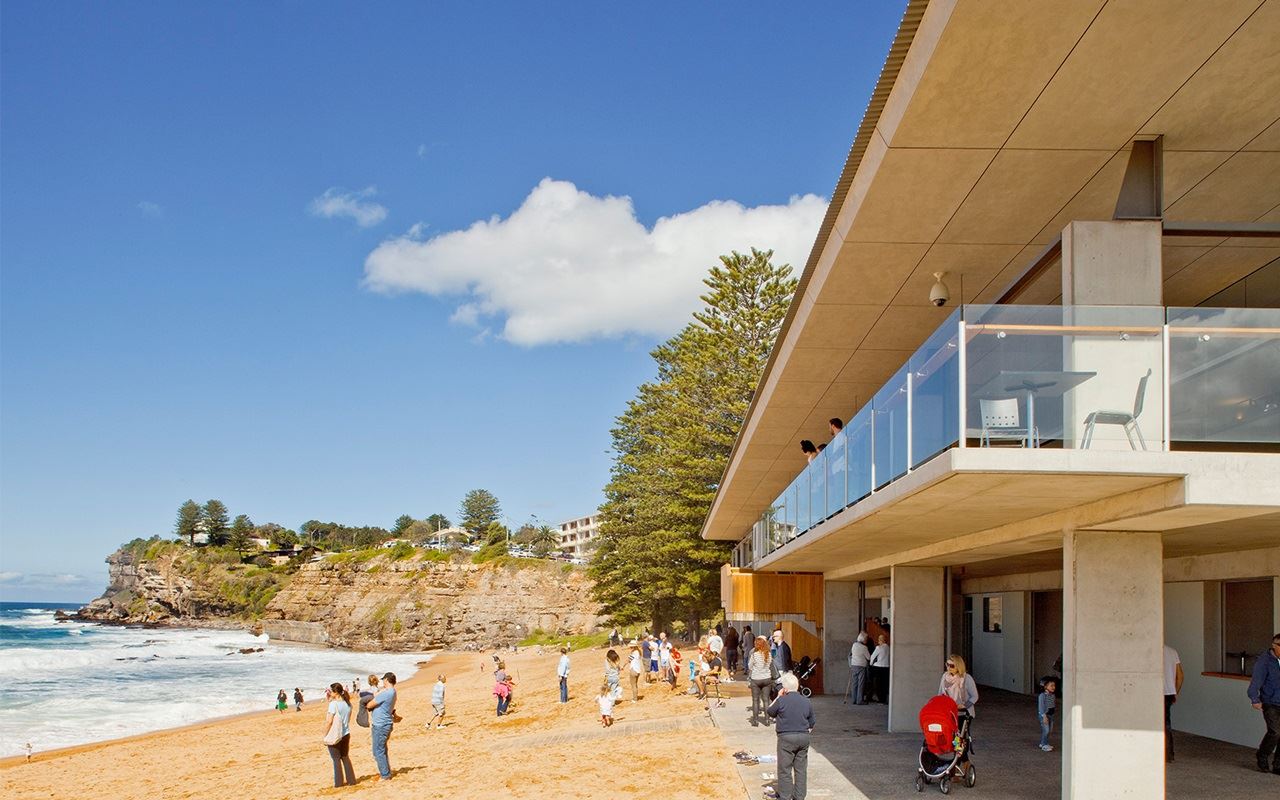