This inner-city terrace has been transformed from asthmatic box to a free breathing and free-flowing series of courtyards. With barely more than a few door folds, the entire ground level opens into a single, grand volume engaged with the street like few others.  Folded away, or flexed shut into a chrysalis clear skin, the glazing within architect Matthew Pullinger’s own house is central to the design. Already subjected to a special level of scrutiny, it has already passed with flying colours.

Of the terrace houses that abound in Sydney, most are now weighing in with a real estate value barely short of gold. Despite the traditional limitations and time-capsule foibles, terraces given a makeover don’t necessarily become better by becoming modern. Matthew Pullinger recalls the fear-factor when designing this home for his young family. As a Principal at Hassell, it’s one thing to recommend design strategies to informed clients, but to set in stone, glass and steel work for loved ones, applies another pressure.“I was afraid of being exposed to peers as something of an imposter” he confesses. Inner-urban Alexandria is highly sought after with sky-rocketing values. Even so, Pullinger’s design utilises every possible part of the modest allotment, not simply for private gain, but public benefit through a rare level of streetscape engagement and generosity. Whatever fears he harboured as imposter-in-waiting were unfounded. Set in a streetscape of handsome Victorian terraces, this modern take replaces a cramped, tired box with a light-filled prism, capable of being fully opened to the street. Despite its physical constraints, the result is engaging, often more public than private and courteous enough to complement, rather than rile the neighbours.

Vision’s Peter Hyatt spoke with Matthew Pullinger about the potential for neighborhood generosity and the fear of designing his very own family home:

Was it tough as your own client—you had to listen and answer to yourself?

Absolutely. It was amongst the most challenging projects I’ve ever taken on. It represents the intersection between my professional and personal worlds. In a way, the design of the architect’s own home is a milestone in any career. In the personal realm, it represents a major, one-off, special investment. You really want to do it once and do it well.

How much of this can be seen as a design confessional?

Not so much a confession, but it is very testing to be subject to the process of peer scrutiny. When it came to designing my own house, I found it very hard to be as deliberate and certain in decision-making as when working with clients. Once complete though, I felt great anxiety about opening it to peer review and scrutiny. That was a very humbling experience.

Courtyard houses are traditional around the Mediterranean and Africa, while Australian houses have more typically made the veranda its own. This really adopts the courtyard so un-typical of your Victorian-era neighbours.

It’s a very successful strategy for Sydney’s climate, and as well as being a courtyard house, it also happens to be a terrace house typology, that can effectively be replicated on similar blocks. The connection and engagement with the environment is where this strategy really shines. The lower level of the house opens up completely and reveals the full dimension of the site on the perfect, Sydney spring day. Essentially, we occupy the entire block of land and that was where the idea of courtyards arose.

It’s a house with a more communal spirit of shared spaces than separate, private rooms.

It’s a house that encourages us to share and it’s deliberately modest when compared to other contemporary houses. We have tried to make do with less house, but of better quality. For instance, there are only three bedrooms in the house, while we are a family of five. And having just one family bathroom embodies the idea of sharing a home, and at this point in our lives—before the kids are old enough to move away—it brings us together as a family.

In many houses people just disappear, rarely seeing the rest of the family. This has a more communal, egalitarian quality.

We discussed at length the sorts of values—for instance sharing, generosity and openness—we wanted to instill in our kids, and the way architecture can help reinforce those values. For instance, I love sitting at the kitchen table and looking out across the courtyard and seeing my little boy doing his homework in the attic bedroom, and I can see the girls at play in their room. I feel we’re all better connected by the house, even when we are separate and needing privacy of course.

“We did really want to push the sense of what a wall is, and not to have windows in walls as such, but rather to have walls of glass, so even when the house is closed down, it’s possible to experience the sense of openness and occupation of the entire block” Matthew Pullinger, Hassell Principal

No matter how planned and prepared you are, there are always unexpected issues and pleasures. What have been some of those?

I think the greatest unexpected pleasure is the amount of borrowed landscape the house enjoys. The courtyard invites in a lovely eucalypt a couple of houses down.  The courtyard also invites in the sky and other vegetation from the surrounding neighborhood in a way our old house on the same site never could. We had a little front window onto the street and a little back window onto the rear yard. The fact that we’ve now achieved this volume, extending the courtyard space to the expansive sky and outlook has been quite extraordinary.

Further to that, the house has really high ceilings throughout to further enhance that feeling of terrific volume. Many people probably fear such an extensive use of glass, and that open quality, maybe goes all the way back to the three little pigs and those houses of brick, timber, and straw. We’ve been conditioned from a pretty early age to build the fortress. This breaks the rules with a seriously playful exploration, where glass offers flexibility only possible with such a material.

Absolutely. We did really want to push the sense of what a wall is, and not to have windows in walls as such, but rather to have walls of glass, so even when the house is closed down, it’s possible to experience the sense of openness and occupation of the entire block. We pushed windows all the way until they became walls.

Many households run the air conditioner and television 24/7.

Well not here, where we really are conscious of the immediate environment. There’s no air conditioning and the television appears only on invitation. On hot days we ventilate the house. There are no other cooling options. That just brings the climate into sharper focus for the kids and it connects all of us with the environment in a way you don’t experience in a conventional house.

How did Viridian ComfortPlusTM help meet your design criteria?

As a Principal in a large practice, I work on commercial projects of all scales and obviously, the sustainability driver is a critical part of that, so it goes without saying this philosophy runs through every project. In the context of the house, it was not just a philosophical decision, but a personal one. Internally and externally it’s a glass house and that’s the big shift from its former iteration. ComfortPlusTM allows the house to operate in the way we hoped it would. We had to demonstrate a threshold for environmental performance, and while it was a challenge with the extent of glass and the fact that a lot of that glass is oriented south, it became clear that the only way to achieve environmental performance was with a Low-E coated glass. It was relatively simple to find the information, to talk to Viridian, and obtain data on the fundamental performance characteristics, so the relatively technical task was straight-forward.

You have talked about engaging with the street.

That’s one aspect of the house that touches on the value of generosity. When we’re ready, as a family, to engage with our community and contribute to street life, we open up the house and it is amazing to see how many people stop when passing by and can see right through the house. The number of neighbours we know now, who just come in and say hello when we’re enjoying the house is just great. It’s amazing.

It’s a house of extraordinary flexibility with the way courtyards can be opened for ventilation. You have multiple options with windows up above angled to catch breezes. You have slight variations on how the doors and window operate, almost like the sails of a yacht tuned to the day.

That’s exactly the way we see it and the way it’s used. Through the winter months we find ourselves opening the doors to the rear courtyard for the morning sun up to lunchtime, and that lets in the sun but keeps out the cold winds. Later in the day, that reverses. We close the back doors, open the front doors and shutters to catch the afternoon hours of sunlight at the front of the house. That’s quite different to the way we tune it during the summer months where everything’s open much of the time. I do sometimes imagine myself moving around a boat, trimming the sails and tuning as we go.

How have your three young children responded to the house?

I derive much pleasure from seeing the kids identify with the house, understand it, use it the way they do, and most of all, from how they now explain it to their friends. And the obvious pride they have in it, and the way it has become the benchmark for their conversations about the built environment wherever we go.

Has there been a single experience most revealing about the effect of your house on others?

One of the most confronting ordeals was exposing the house (and myself) to the process of peer review when we entered it into the Australian Institute of Architects awards program. Separate to this I had agreed, initially with some trepidation, to open the house for a visit by a group of about 50 graduates and emerging architects. I was worried about being the emperor standing in these new clothes, and that I was sure to be found out. The reality was they were incredibly supportive and impressed. They must have felt welcome too. They cooked breakfast and it was a great morning. I really did come away feeling buoyed by the entire experience. 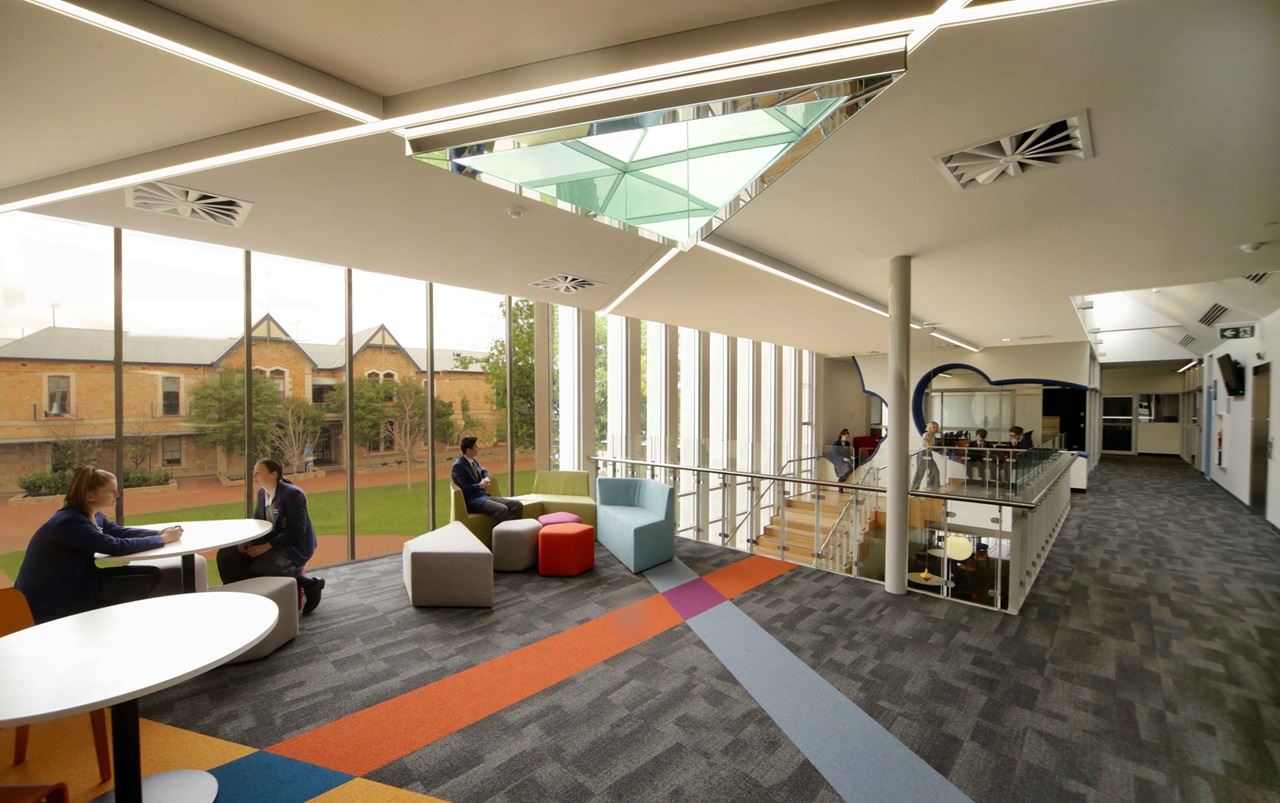 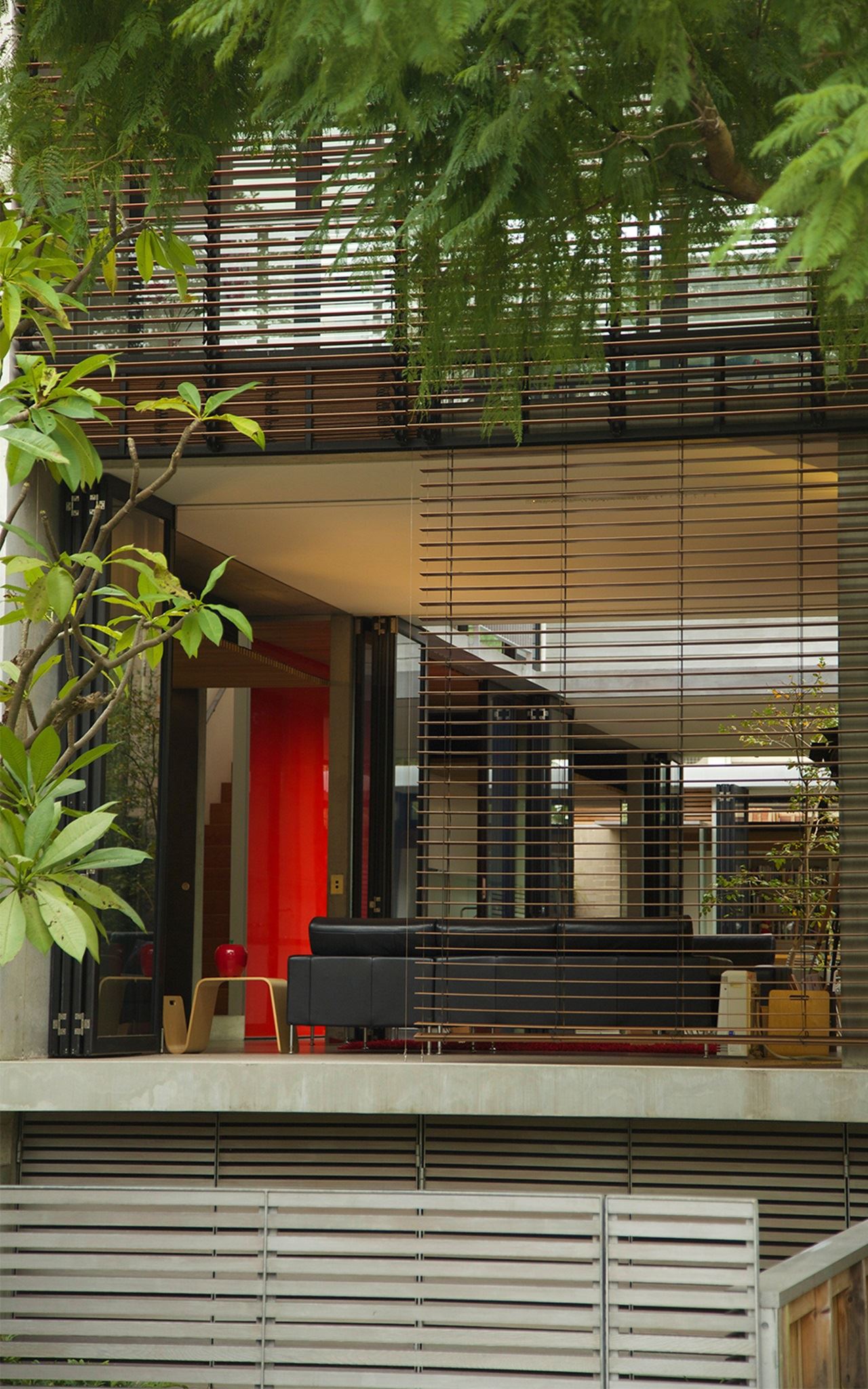 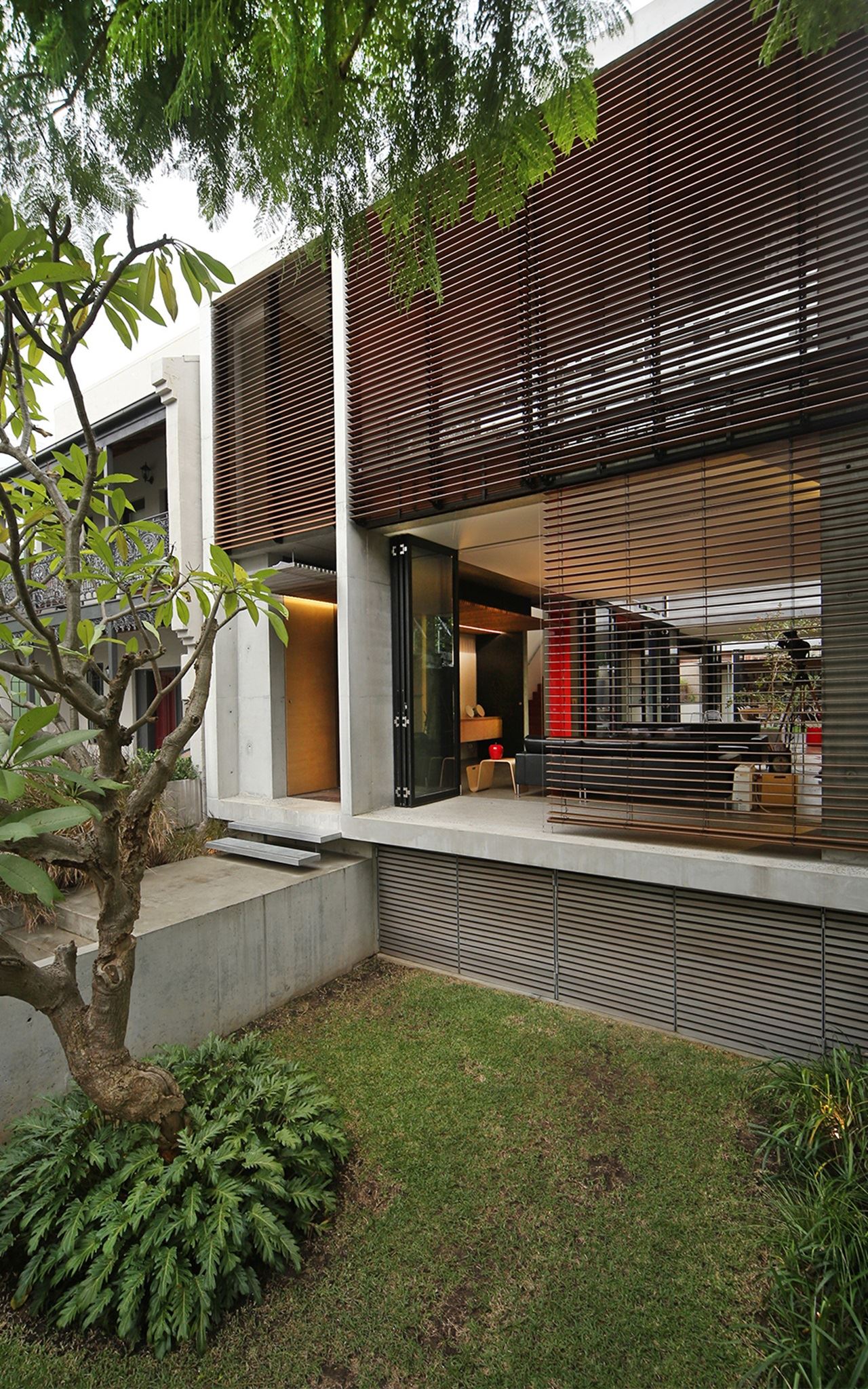 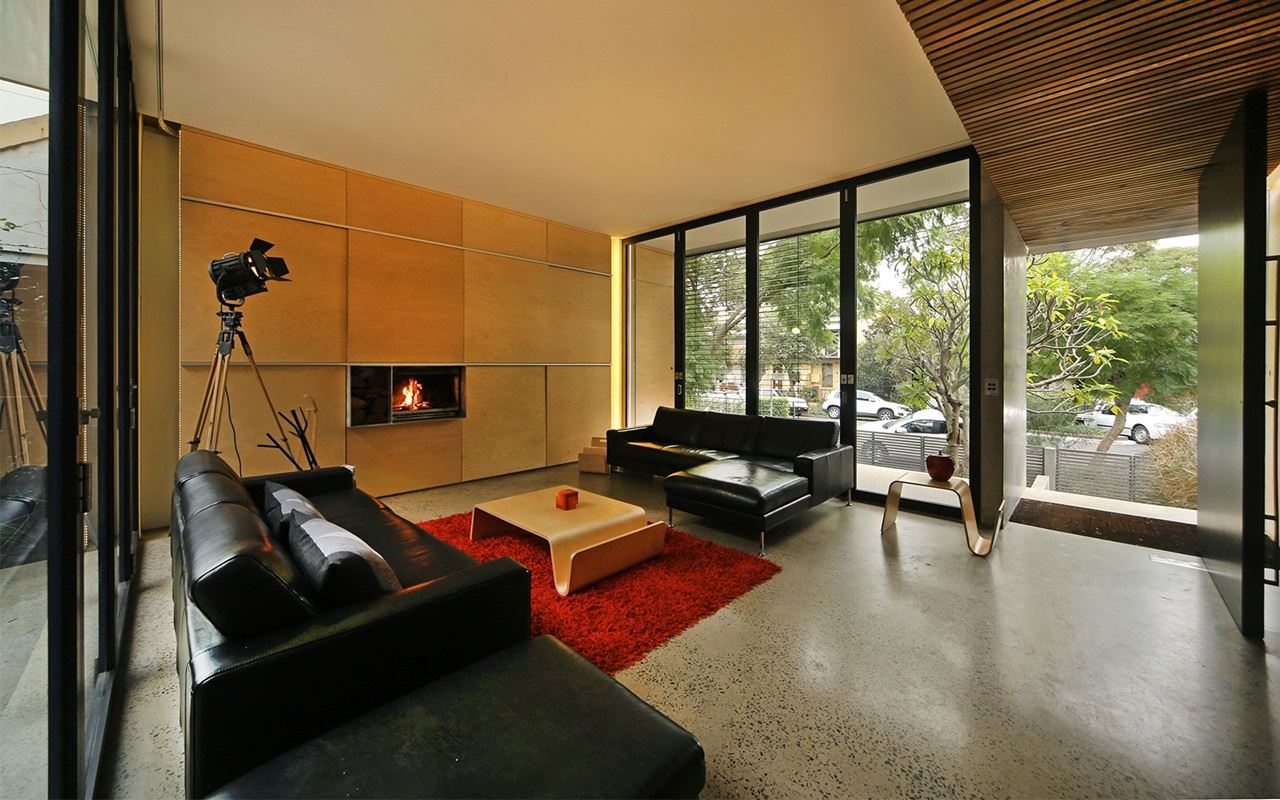 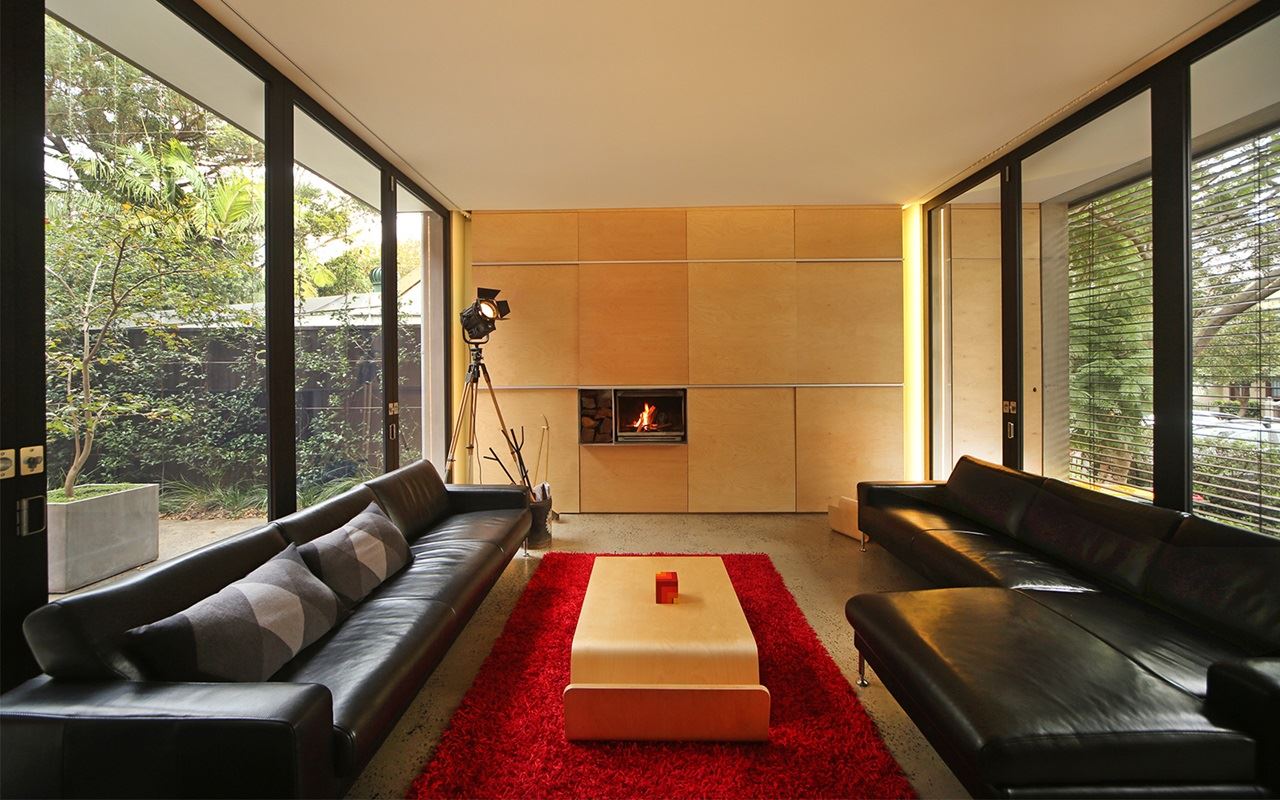 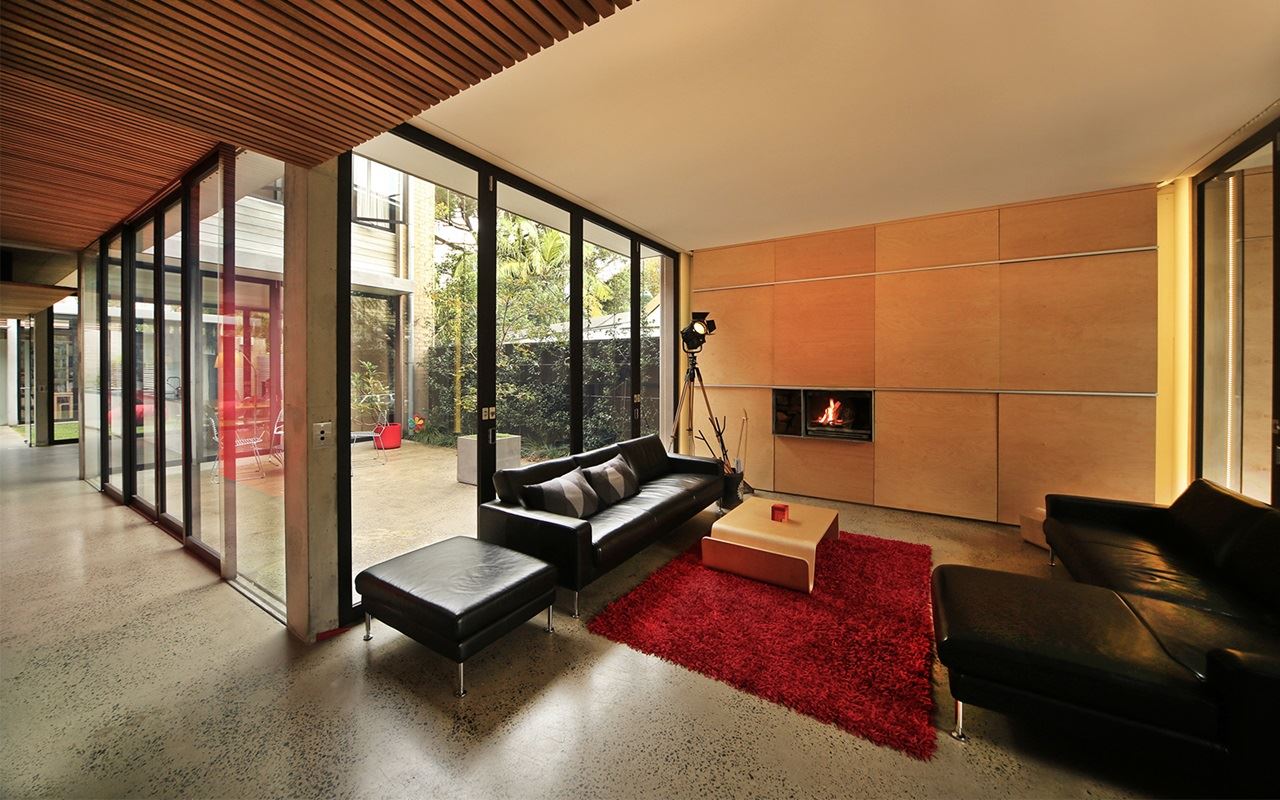 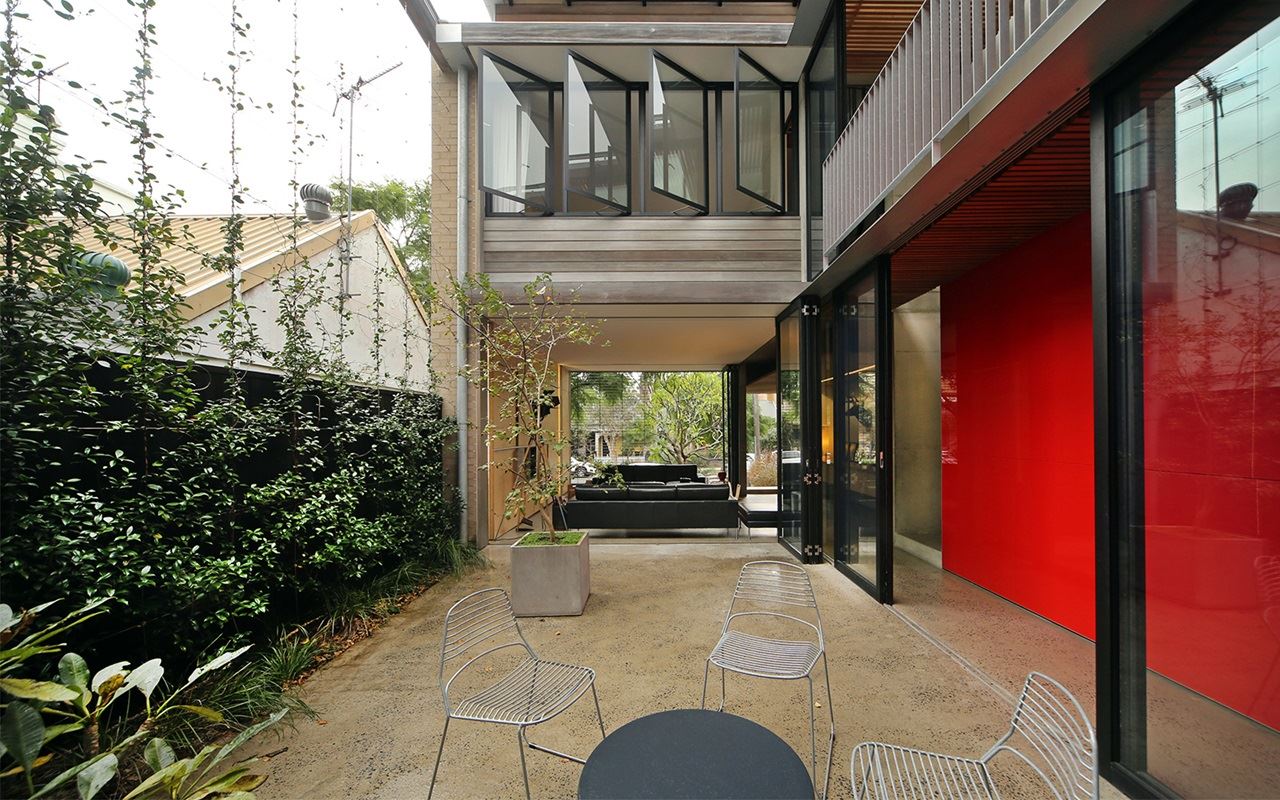 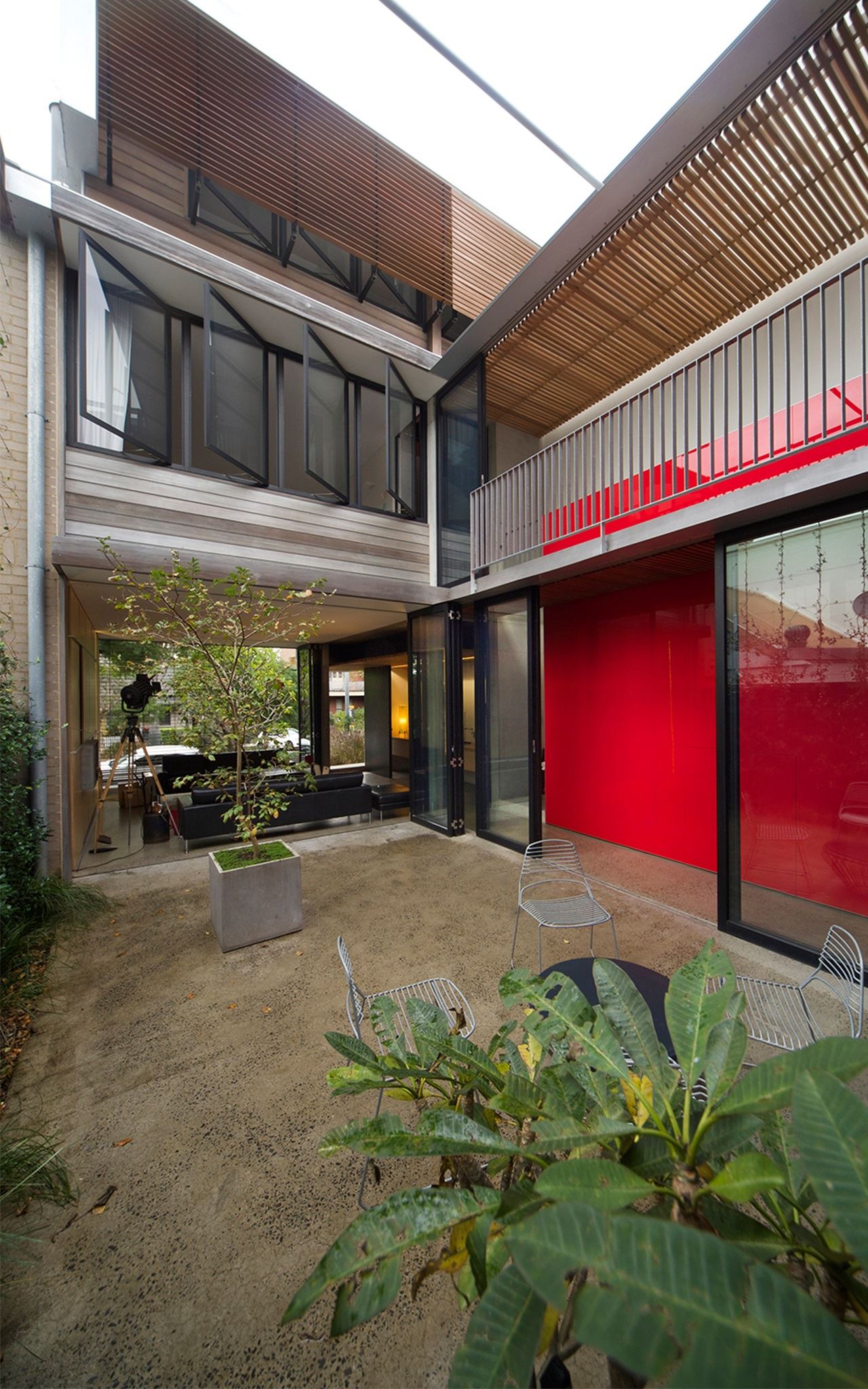 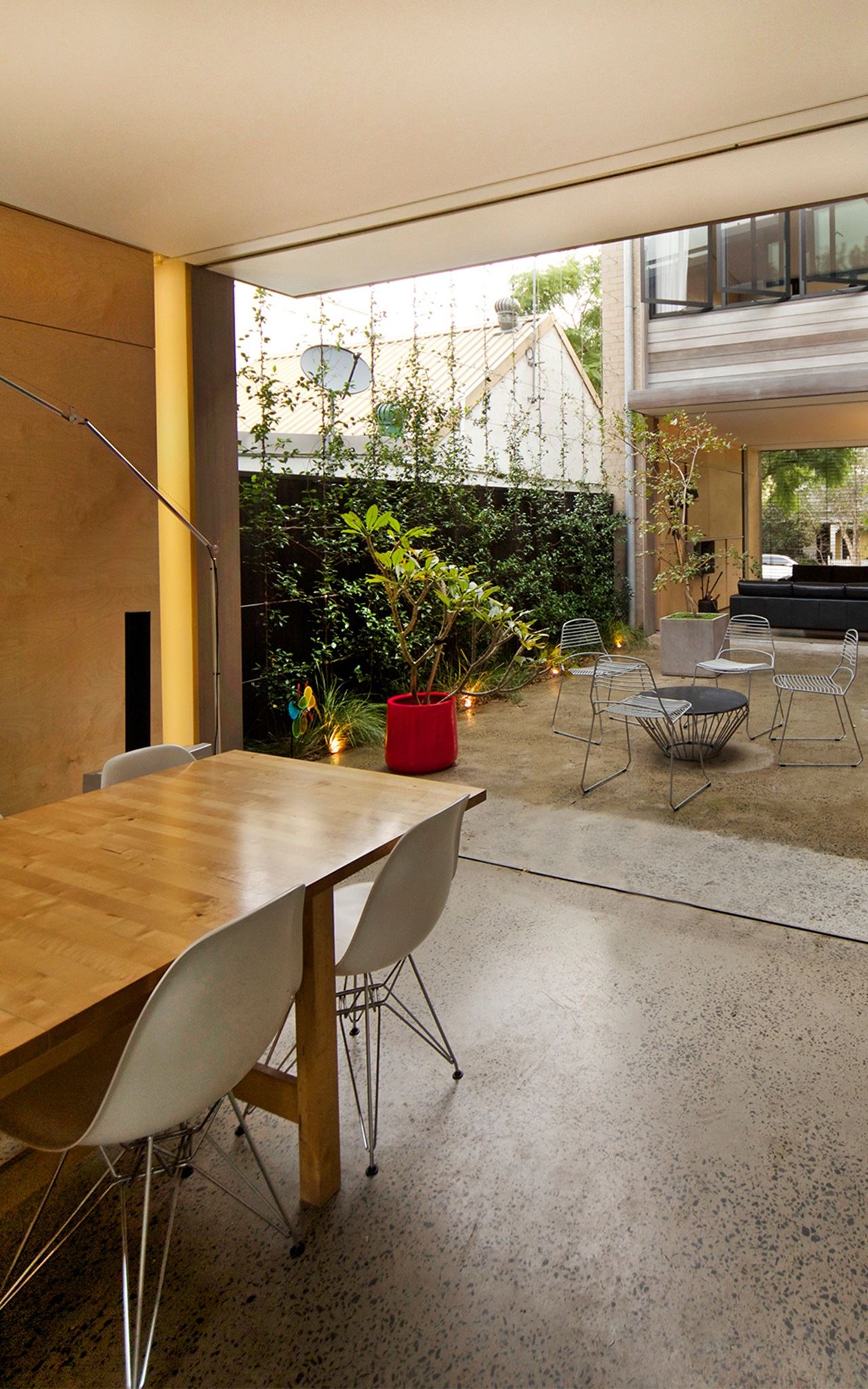 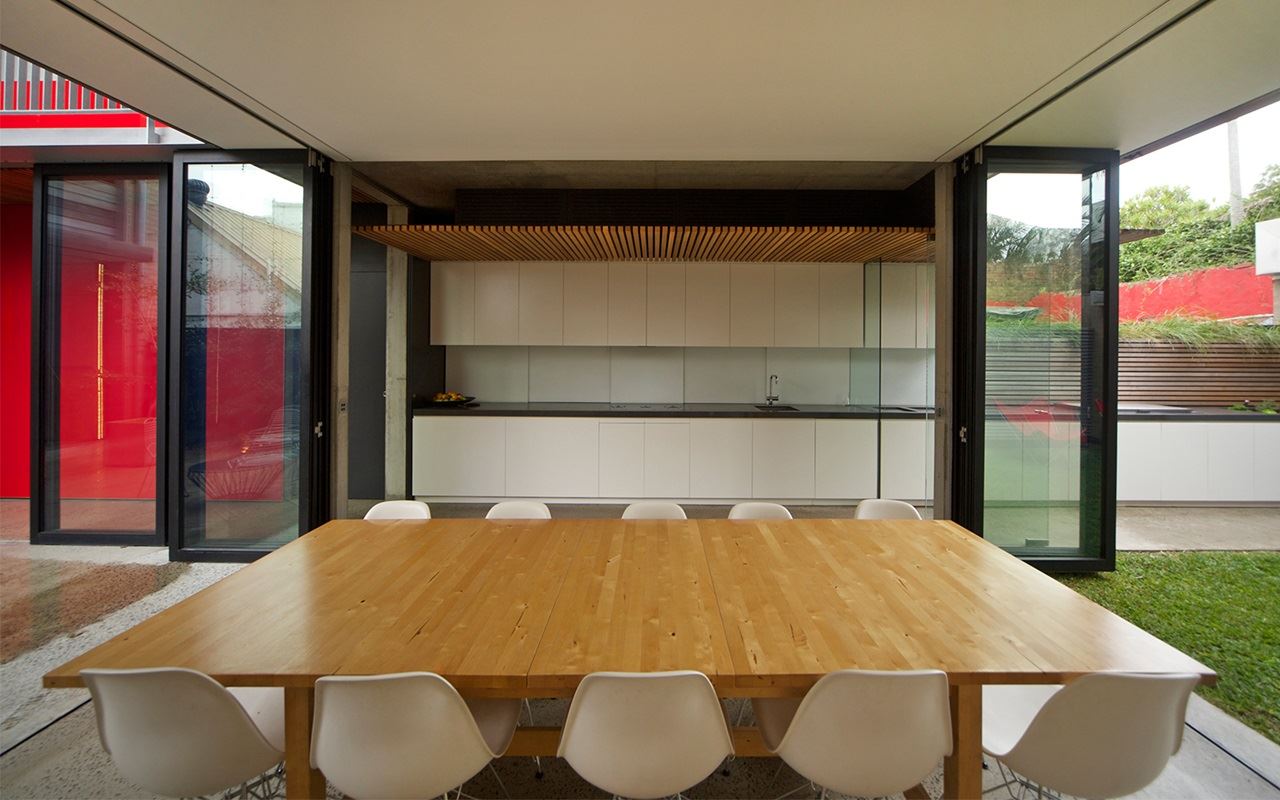 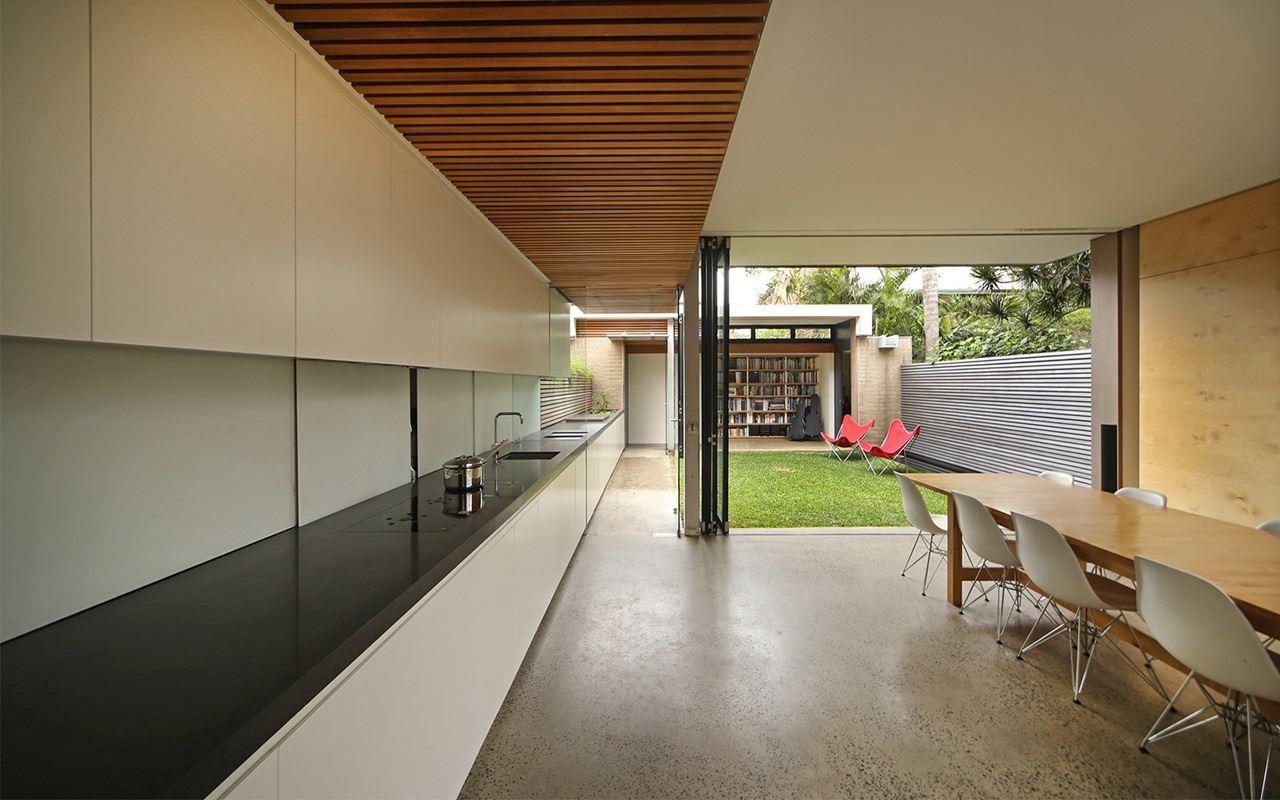 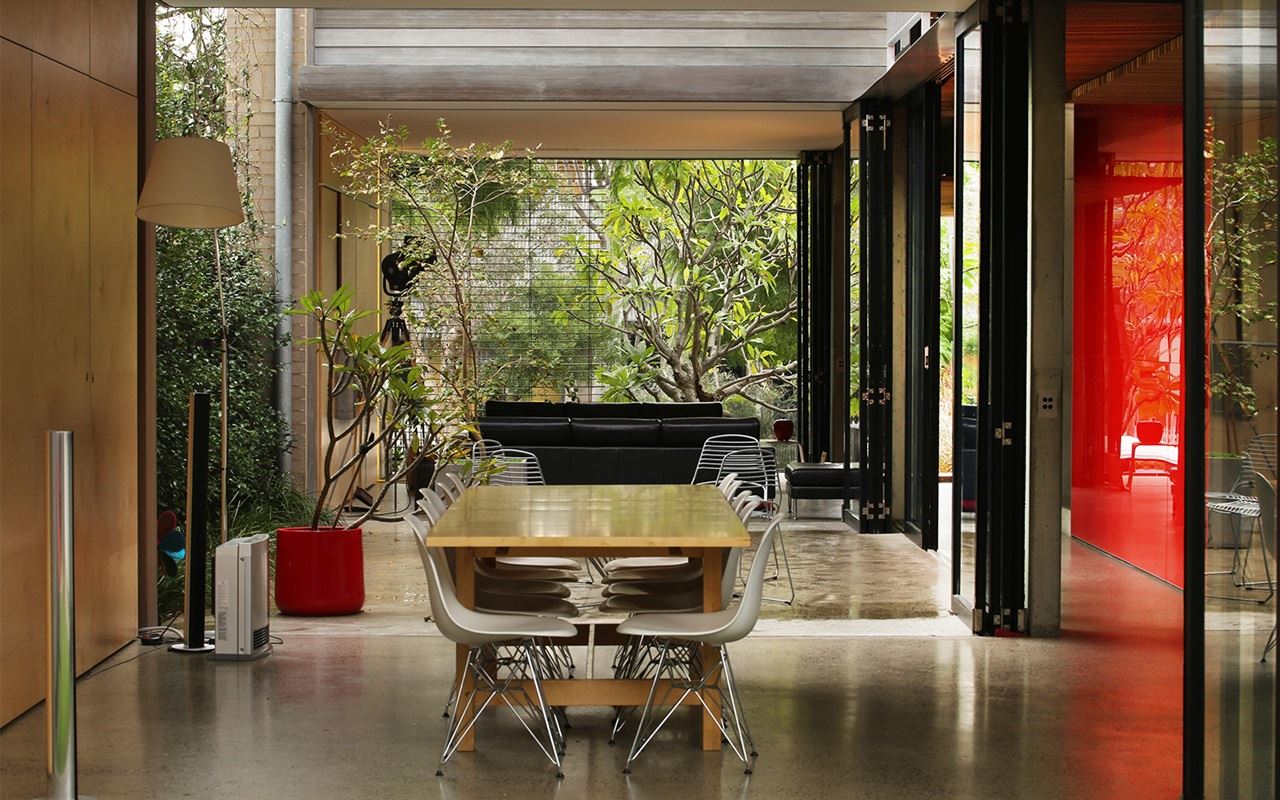 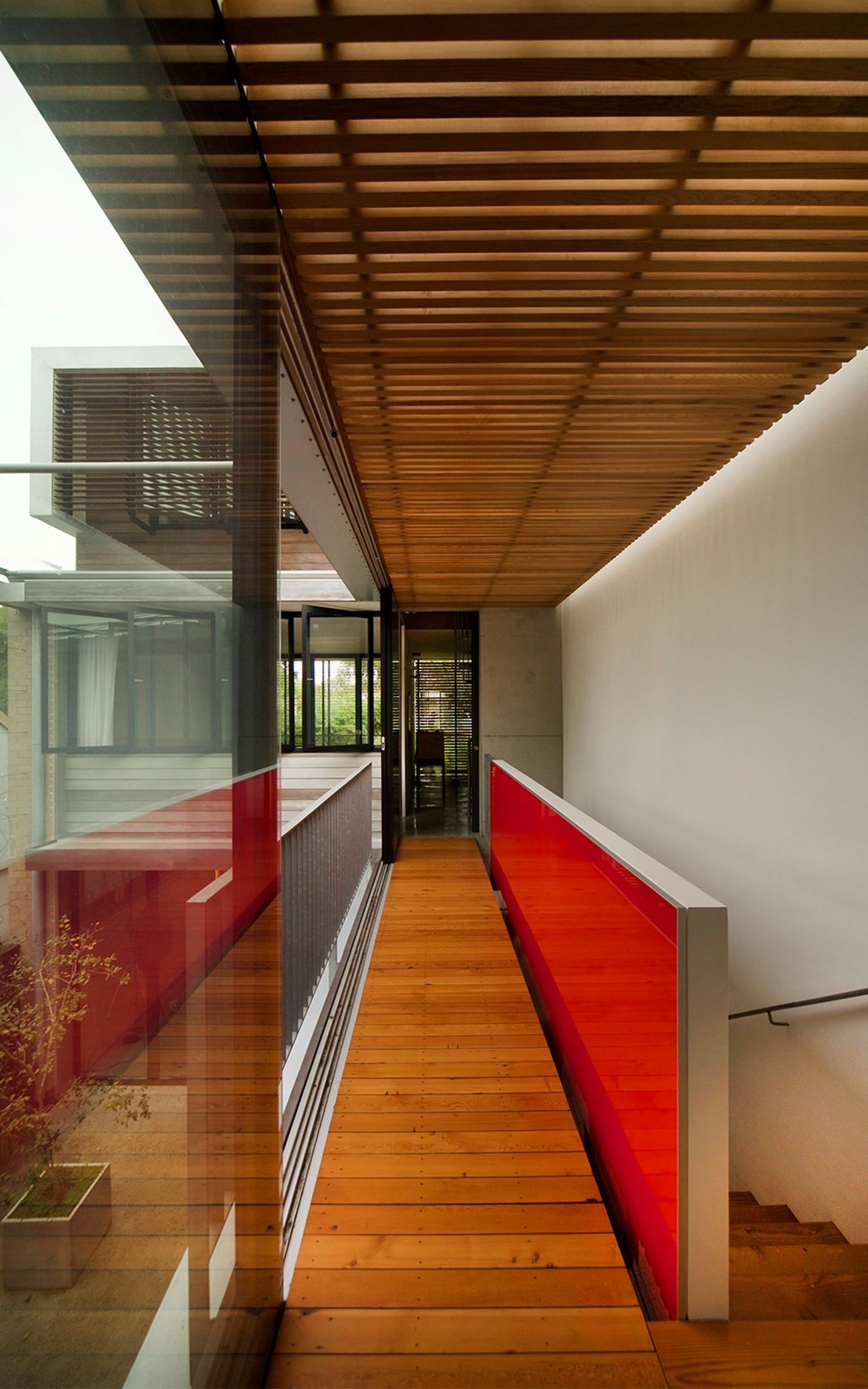 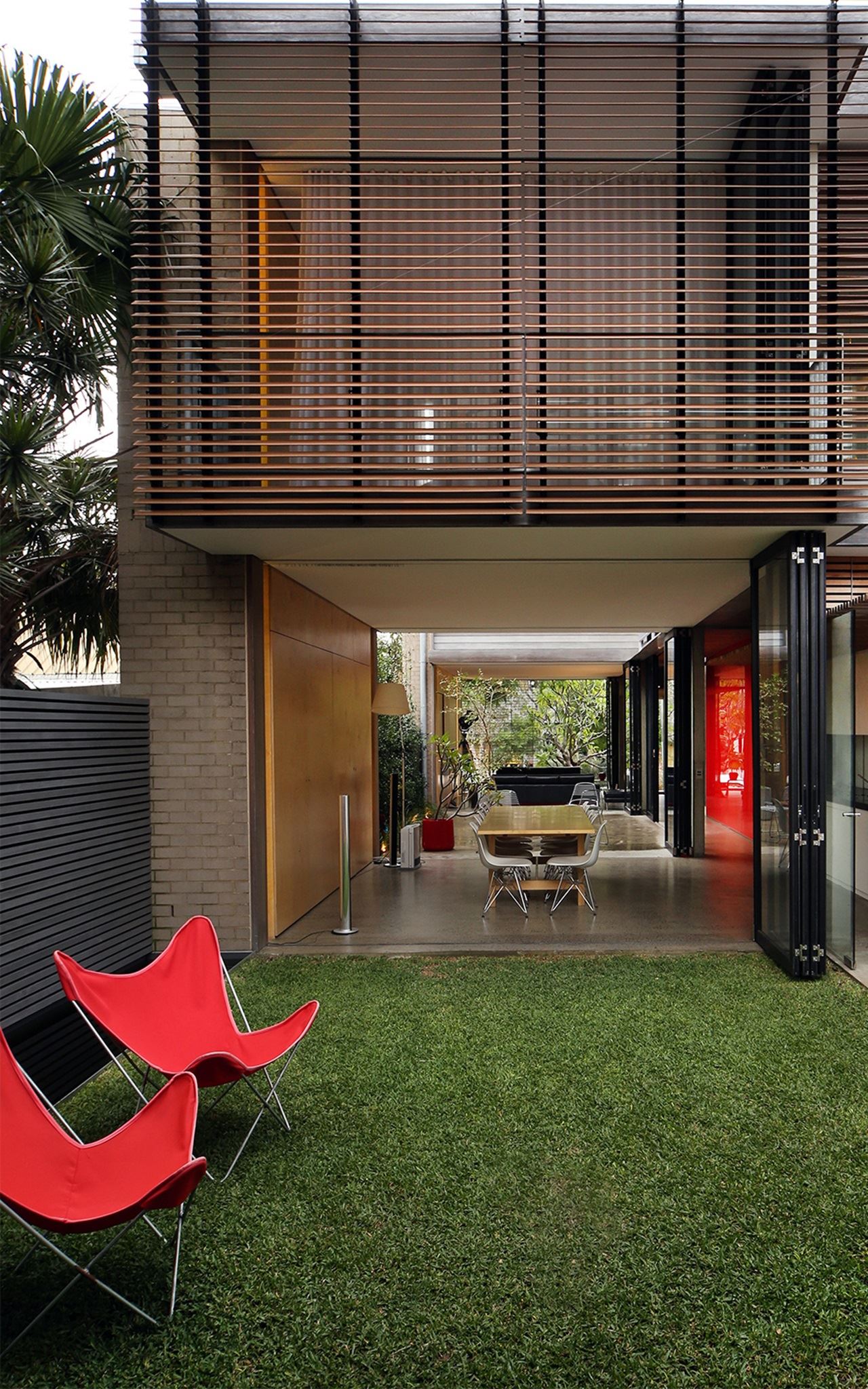 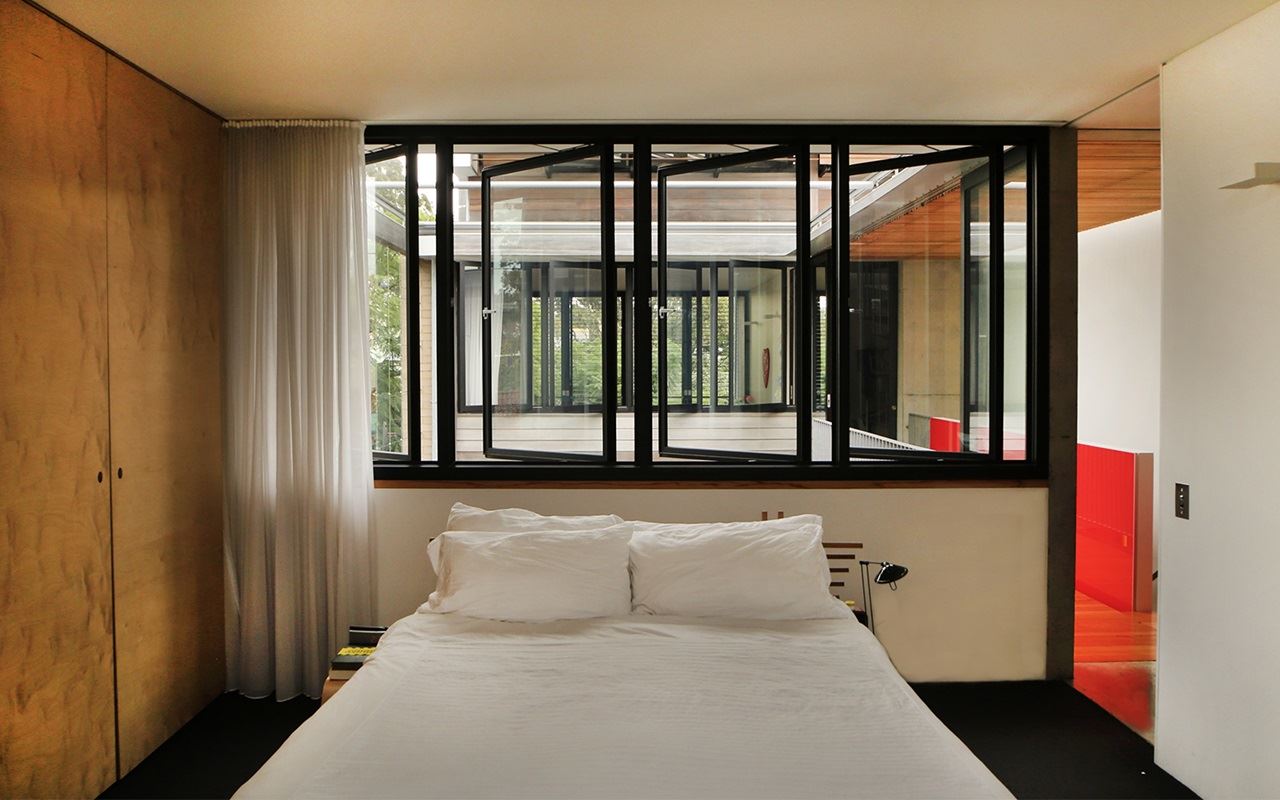 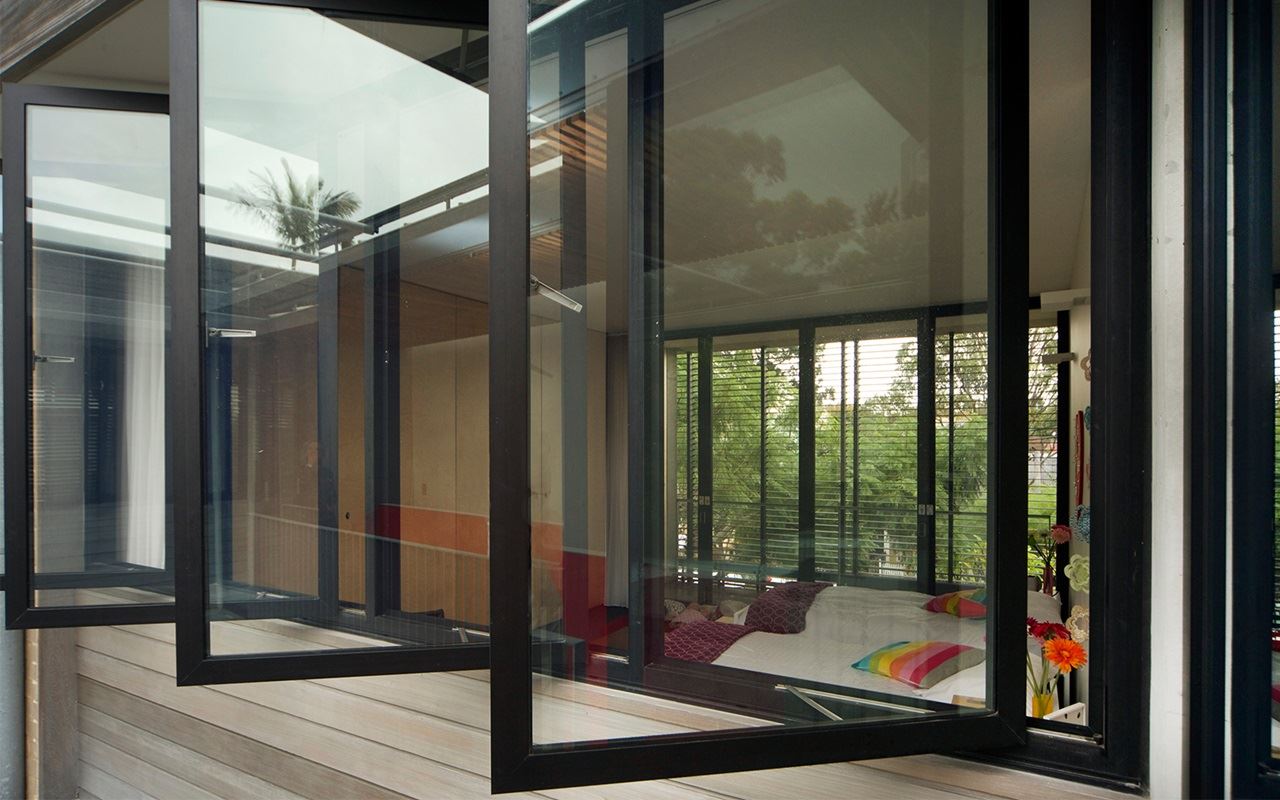