The Block’s high-pressure parameters demand building materials that perform and Viridian’s LightBridge next™ double glazing is a clear standout on this years season.

Few pundits dared predict such a blazing future for The Block after its first season in 2003. Quickly hitting its stride, the series is now part of popular culture and design folklore fuelling a national obsession for home renovation.

In the process, the program has launched careers of contestants and taken viewers on a journey, sometimes harrowing and often uplifting. Along the way, the program has entered the national psyche, coining terms such as ‘Blockbuster’ and ‘Blockhead’ among popular linguistic spins.

Series architect throughout, Julian Brenchley remains quietly instrumental in overseeing site selection and the design stage for contestants to realise their ambitions.

Central to the story of The Block, Viridian products have starred in an association stretching back more than a decade. Under Brenchley’s watchful eye, the series has evolved into a stellar glazing program.

Viridian’s LightBridge next™ double glazing has emerged as a standout, allowing a design renaissance with houses naturally illuminated by day, luminous by night and with remarkable energy ratings.

Whether old made new again or simply new, The Block’s high-pressure parameters demand building materials that perform and best support the collective effort.

Even after 17 seasons, there is nothing push-button or remote controlled. Every season is different and invariably exhausting for contestants and those behind the scenes, such as Brenchley.

Their hard work along with cutting edge, performance materials including LightBridge next™ are key to exhilarating results and ratings success. Project architect Julian Brenchley discusses The Block 2021, read our interview with him below, and scroll to the end to see the photo gallery and a link to the video.

Viridian: The final auction episode revealed a huge emotional response to all the hard work and effort.

Julian Brenchley: It's a huge rollercoaster for contestants. They put their heart and soul into these places. They really are up at dawn painting and they do the hard yards. It's not surprising that there is an outpouring of emotion, pent up or otherwise, celebratory or commiseratory. There is a whole spectrum of human emotion capsulized in that moment, it's quite incredible.

Viridian: Has there been any especially memorable moments on this season of The Block?

Julian Brenchley: What's been really good about this series of The Block is that we've got five quite disparate houses. It's been a lot of fun working with nothing that's set in a style, we’re not cookie cutting five houses. We're responding to Hampton, it's got crazy styles everywhere.

Looking through Viridian glass, all the houses are able to take on this northern aspect. That's been a fantastic moment for the series, making these beautiful north-facing living rooms for each house, that's rare. You don't get gifted subdivision patterns where you're all north-facing. It has been fantastic to let loose and play with this aspect.

Viridian: From the street you have an impression, but upon entry these houses almost bloom with natural light. Of course it’s the product and how you use it. It’s about that unexpected thrill of volume and external connections.

Julian Brenchley: As you move through these houses, they explode out the back. In my mind that’s how you live in a house. This sort of experiential journey in the house is critical, as much as public and private zones, the colour of the house outside, how easy it is to get into the garage, it layers and layers in a house.

Viridian: Do you think the story of The Block in some ways reflects the changes in technology? If we consider the very early seasons of The Block, isn’t there a bit more bravura and daring now with some of the bigger picture items.

Julian Brenchley: We're opening our minds to how we can better utilize and show off some of the sponsors' products, glass is a great example. Let's see how big we can get a sheet of glass? I mean, to see that window in the front of House 1 is extraordinary.

Did we have these opportunities in the past? Well, maybe yes, but now we're looking at how to use them and really show them off and push these products a little bit harder.

Viridian help us to be able to push the boundaries a bit harder and give us the freedom to do so. How big is a piece of glass? How many men do we need to carry these things into a build? It’s extraordinary what we're able to do and a lot of fun.

Viridian: With these double height windows, this means bringing the sky into the house, which is easily overlooked and Viridian glass provides that opportunity here quite brilliantly, in a way that protects from and embraces the elements.

Julian Brenchley: A lot of people forget that there are elements that you really ought to bring in and not really clip your view off in terms of access to the sky. The sky is just an uplifting feeling for me. I quite like the journey into a house particularly when it just explodes out the back. That's a fantastic journey and experience. I really try and push that northern light, that exposure, that sort of lifting of spirit and soul, it's absolutely critical.

“Glass plays an important part in the sustainability modelling we do. The embodied energy content in glass being manufactured locally is critical. Viridian glass has been a great product to have and it's local, so all the better.” Julian Brenchley, Architect

Viridian: Glass introduces all sorts of amazing technologies that are working away, doing a lot of the heavy lifting for comfort and reward.

Julian Brenchley: Well glass is giving us opportunities to create these open, lofty spaces. The new tech with smarts in glass, gives us the thermal performance that we need to make comfortable spaces internally and is opening up our eyes to what's actually achievable.

This journey we're on is only going to develop and the sky's the limit, literally, and glass is going to be part of it. I'd like to do an entire house out of glass, it would be fantastic. We're not far off that amazing ability to be able to do that and have glass that can perform to that level, so it's exciting times ahead.

Viridian: The glass floor in House 2 really is a showpiece.

Julian Brenchley: This year's season of The Block, we've gifted the contestants’ basements. Mitch and Mark really wanted to bring in as much light as they could to their basement. The whole idea of creating a glass floor, with that transparency, really gives that house another level, not literally but in terms of enjoyment. Standing in the main living area, looking up through the glass and experiencing that void, then you can look down through the floor, it's incredible. You're getting this other level of connectivity in the house. It's a fantastic amenity through correct use of material and let's do some more of that, it's a lot of fun.

Viridian: How important is it to work the glazing design strategies at the very earliest stages rather than as an after-thought.

Julian Brenchley: With any of these inclusions in a house, you have to really think about it early on in the piece. The glass floor is easy to put in, but it requires some preparation in terms of structure and spans and the glass itself, the thickness, how it all works together, whether it's got any non-slip coatings on it. These are important factors. When considered early it can be easy.

Viridian: We know that the houses are very permeable, the doors slide open, but once they are closed there's this terrific acoustic envelope.

Julian Brenchley: The whole idea of glass is about creating amenity in these houses. Thermal efficiency is huge, high on the agenda. Acoustic performance is incredibly important. Sitting on the corner house, I don't think I've heard a car yet. The importance cannot be understated about the whole concept of amenity. It's not just thermal, it's acoustic.

Viridian: The story of glass and Viridian especially is this product range that is locally produced. It’s a story of sustainability and in this day and age, with so little local manufacturing, it's unusual.

Julian Brenchley: Glass plays an important part in the sustainability modelling we do. The embodied energy content in glass being manufactured locally is critical. The design decisions we make in terms of which products we use, and whether they are imported or not  are going to become more and more paramount in the future. We've just gone through COVID, we can't get building materials out of Europe or America. We're now looking in our own backyard and we've got amazing things to use. Viridian glass has been a great product to have and it's local, so all the better. 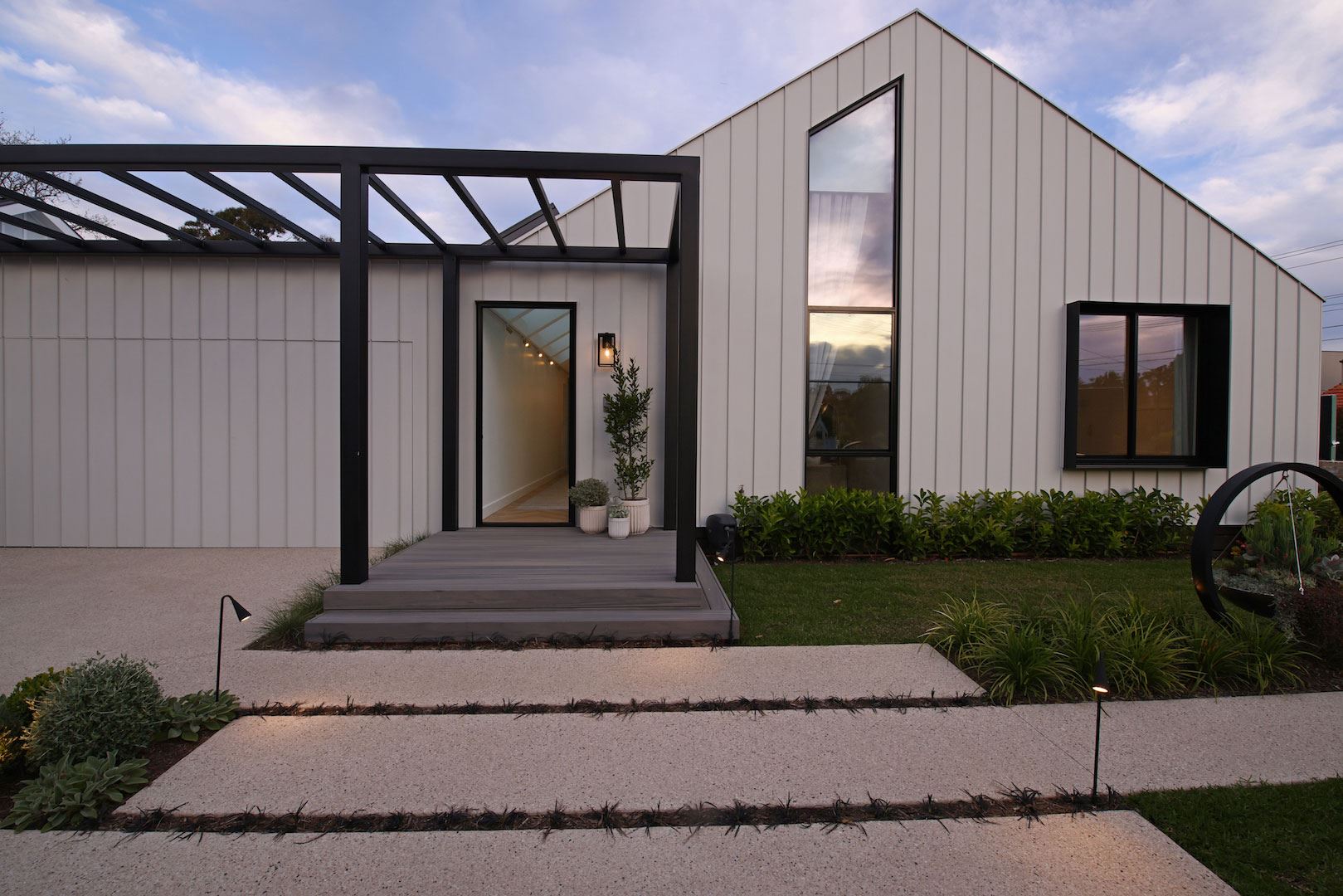 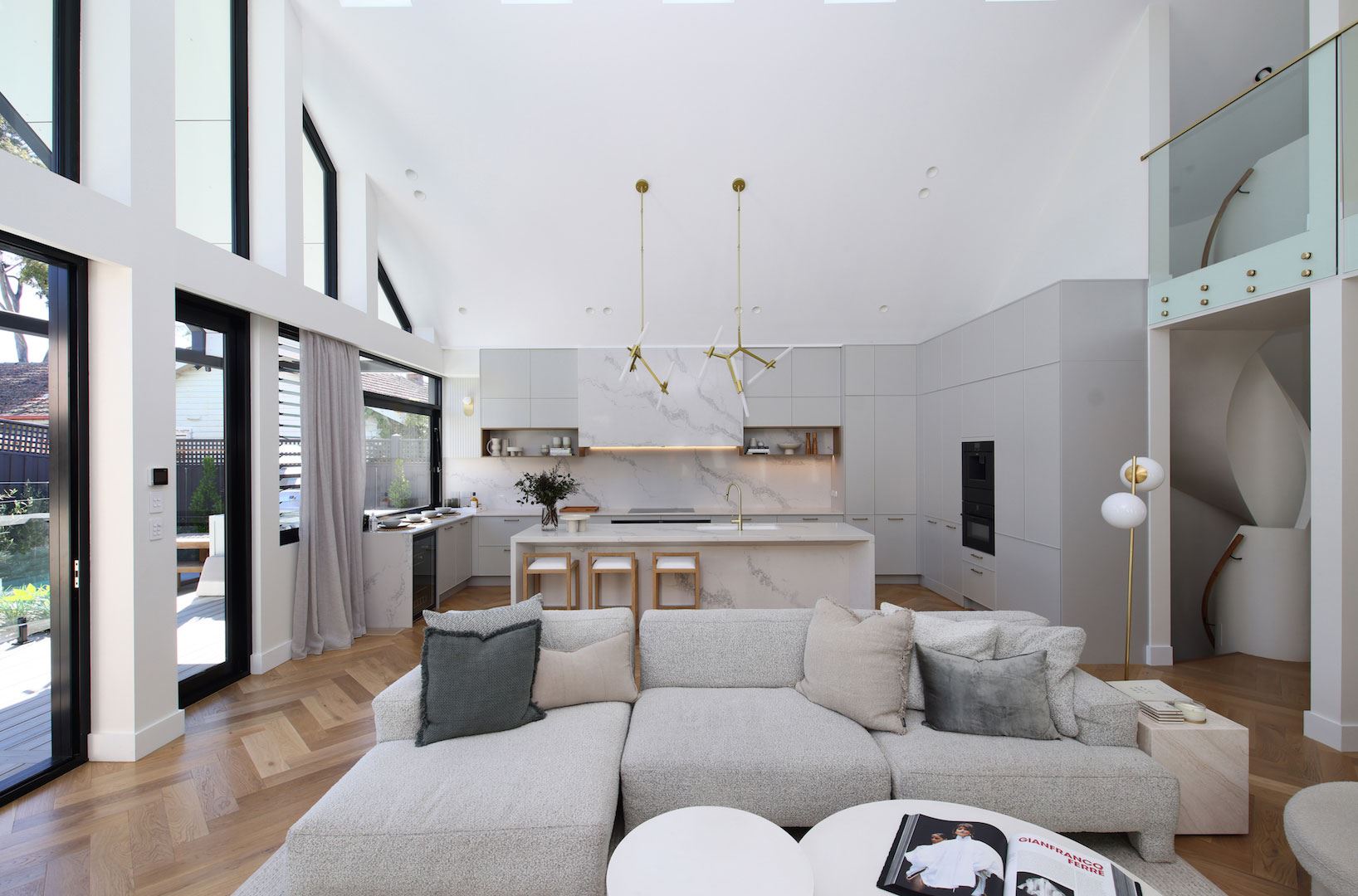 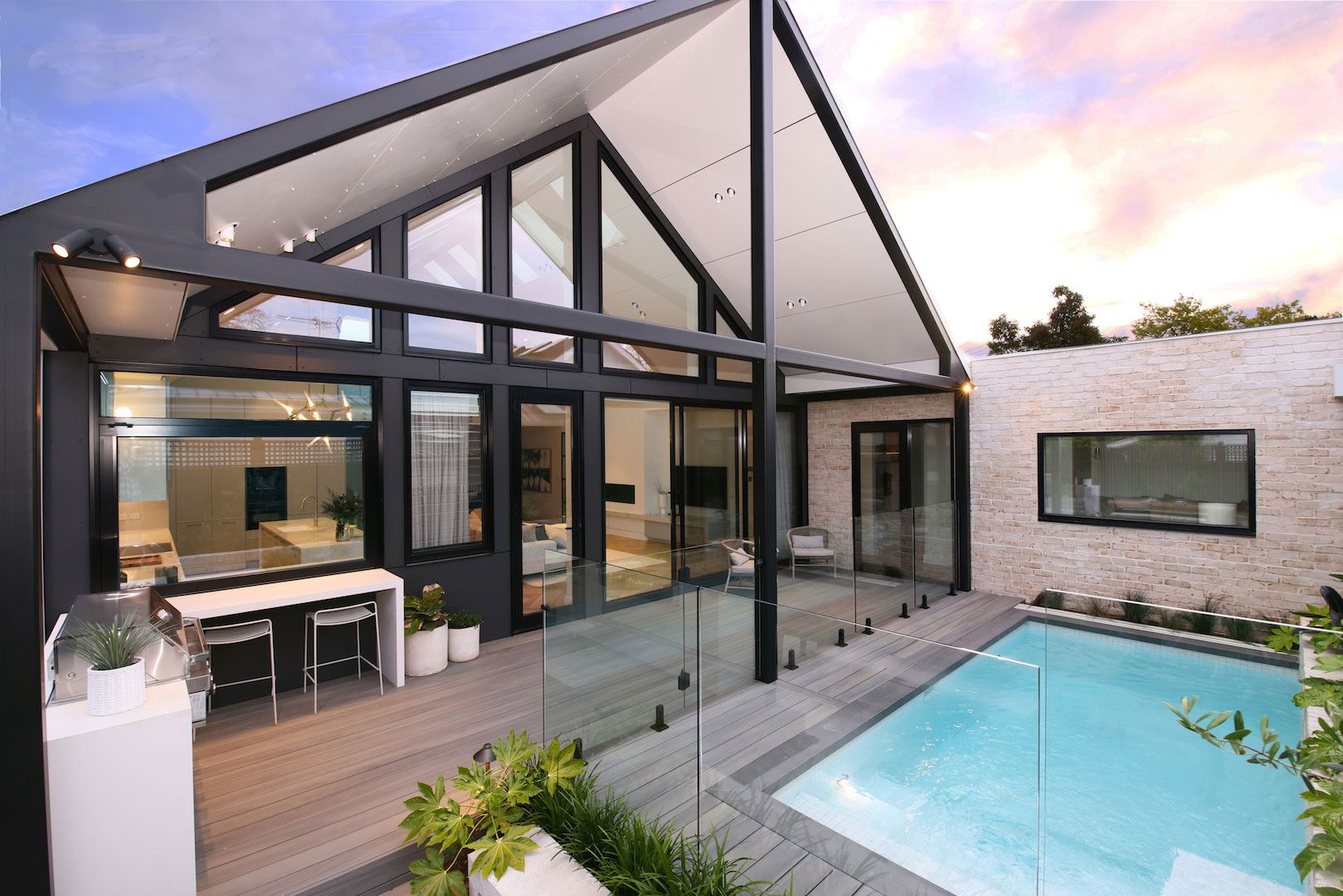 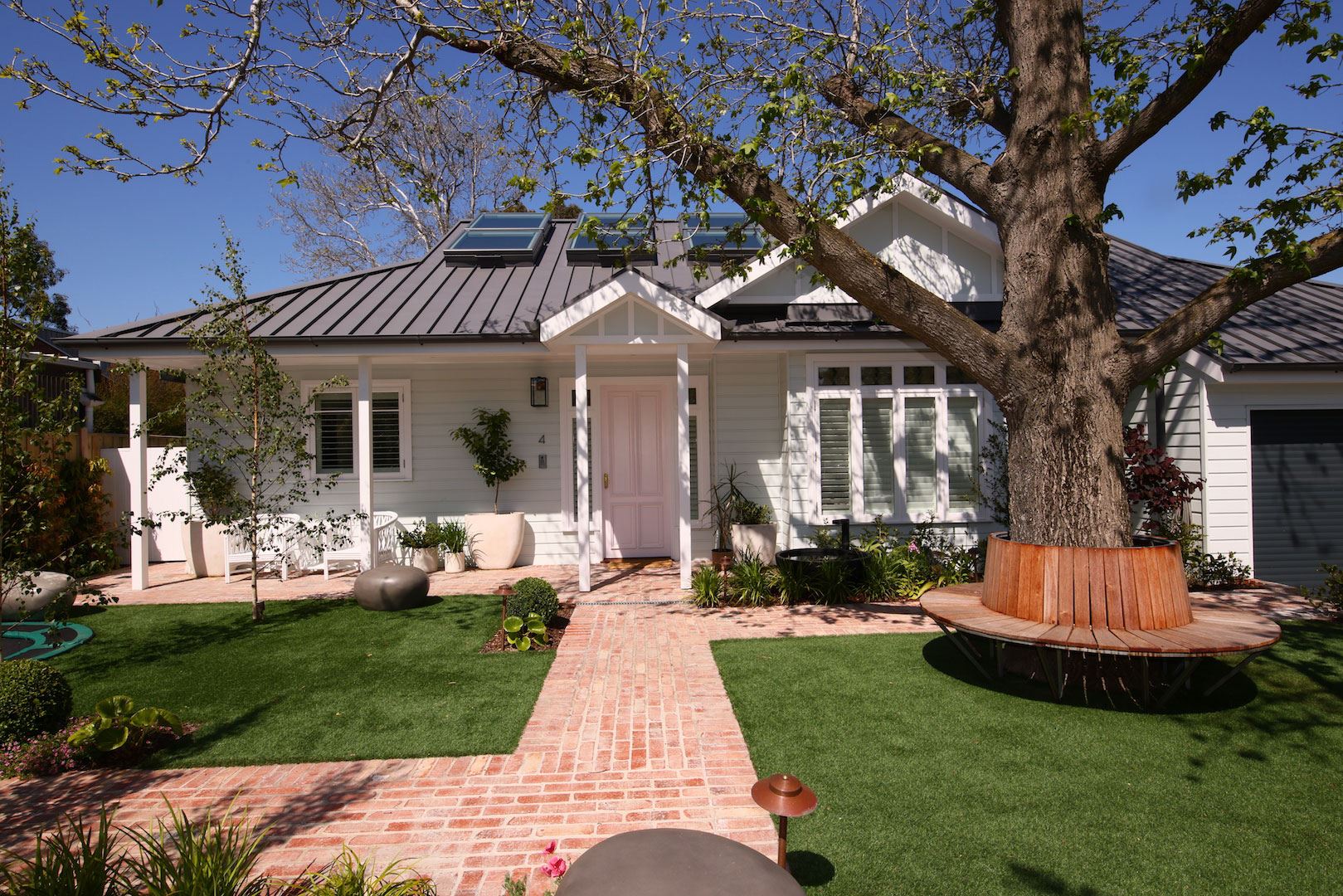 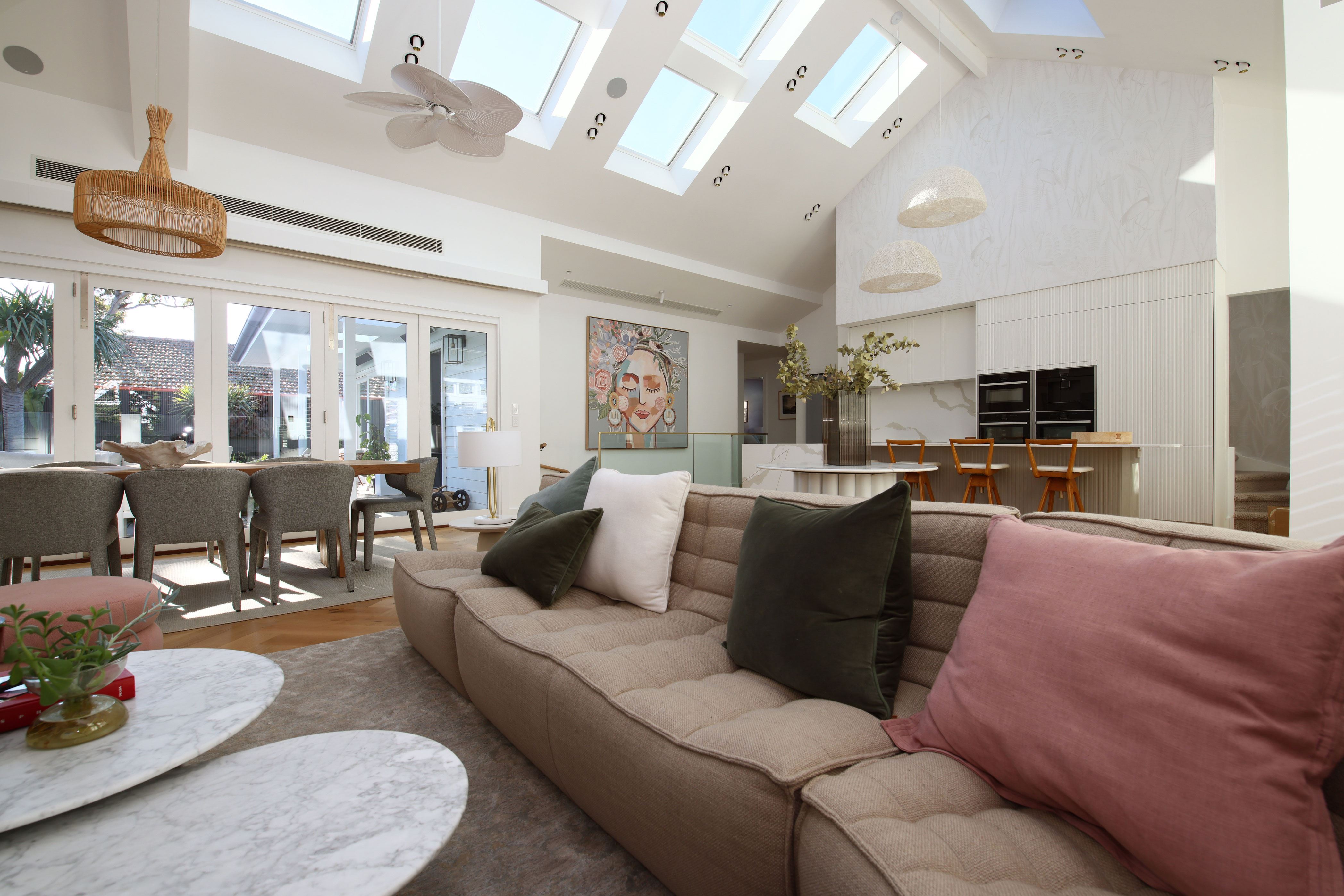 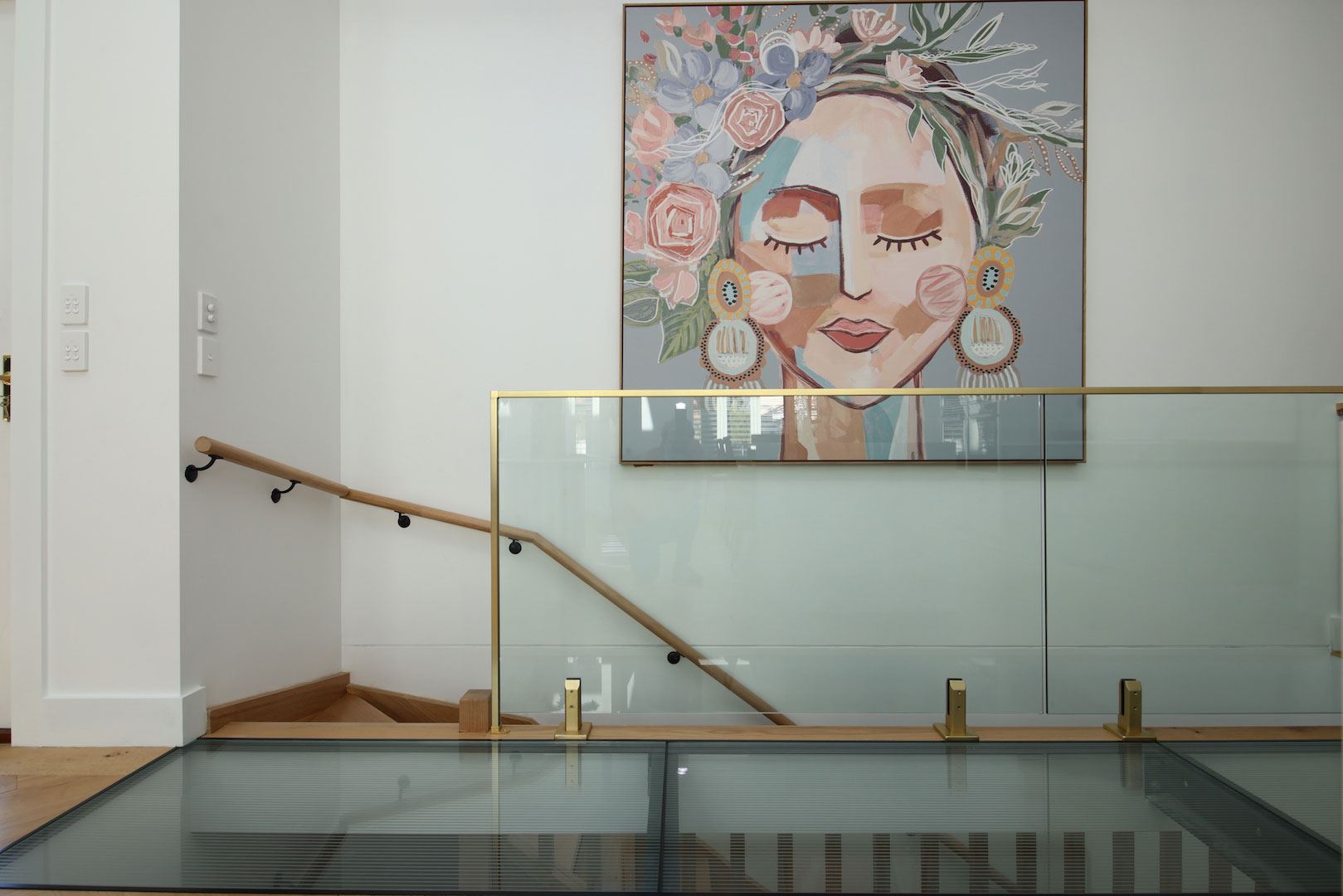 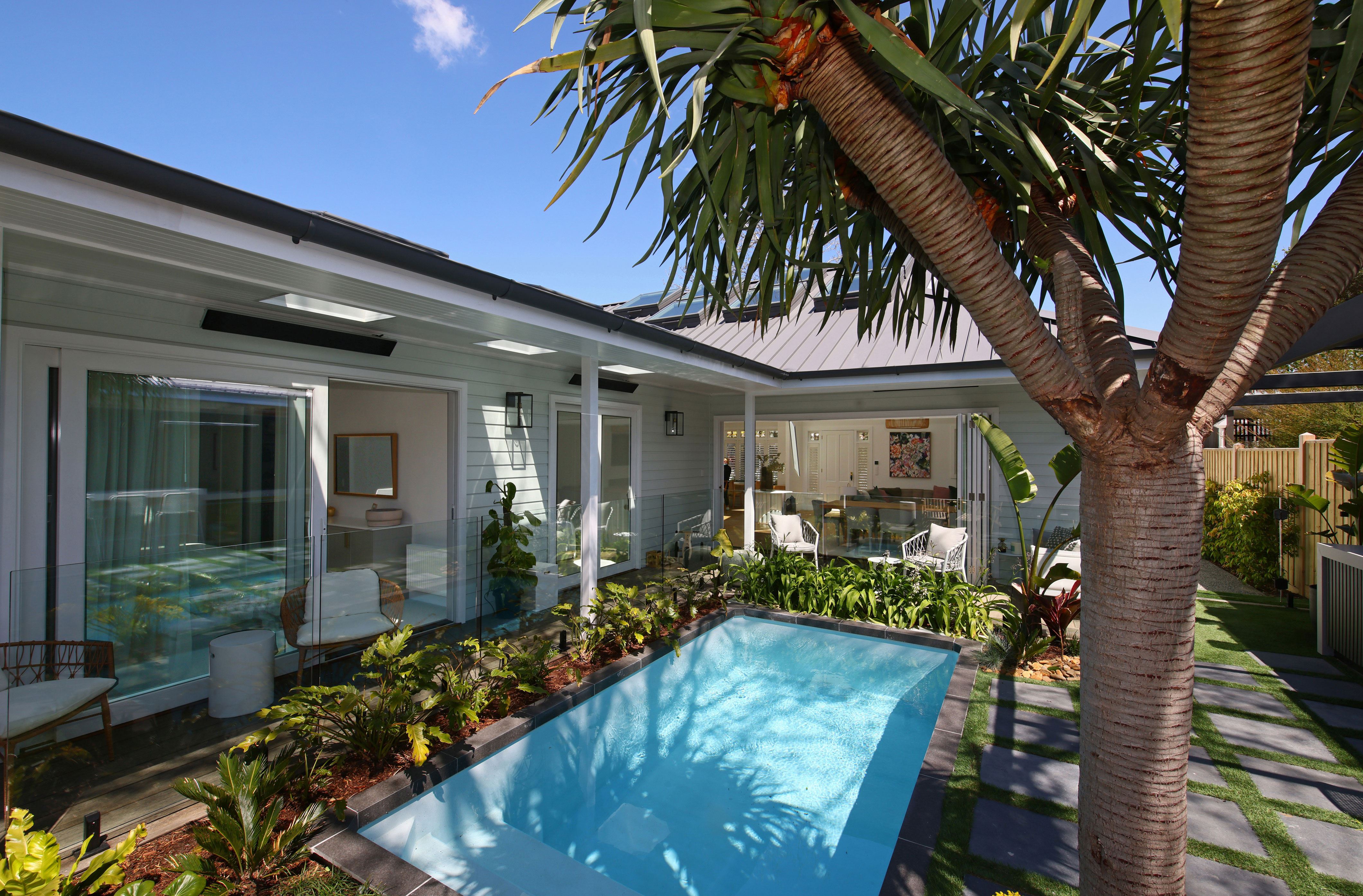 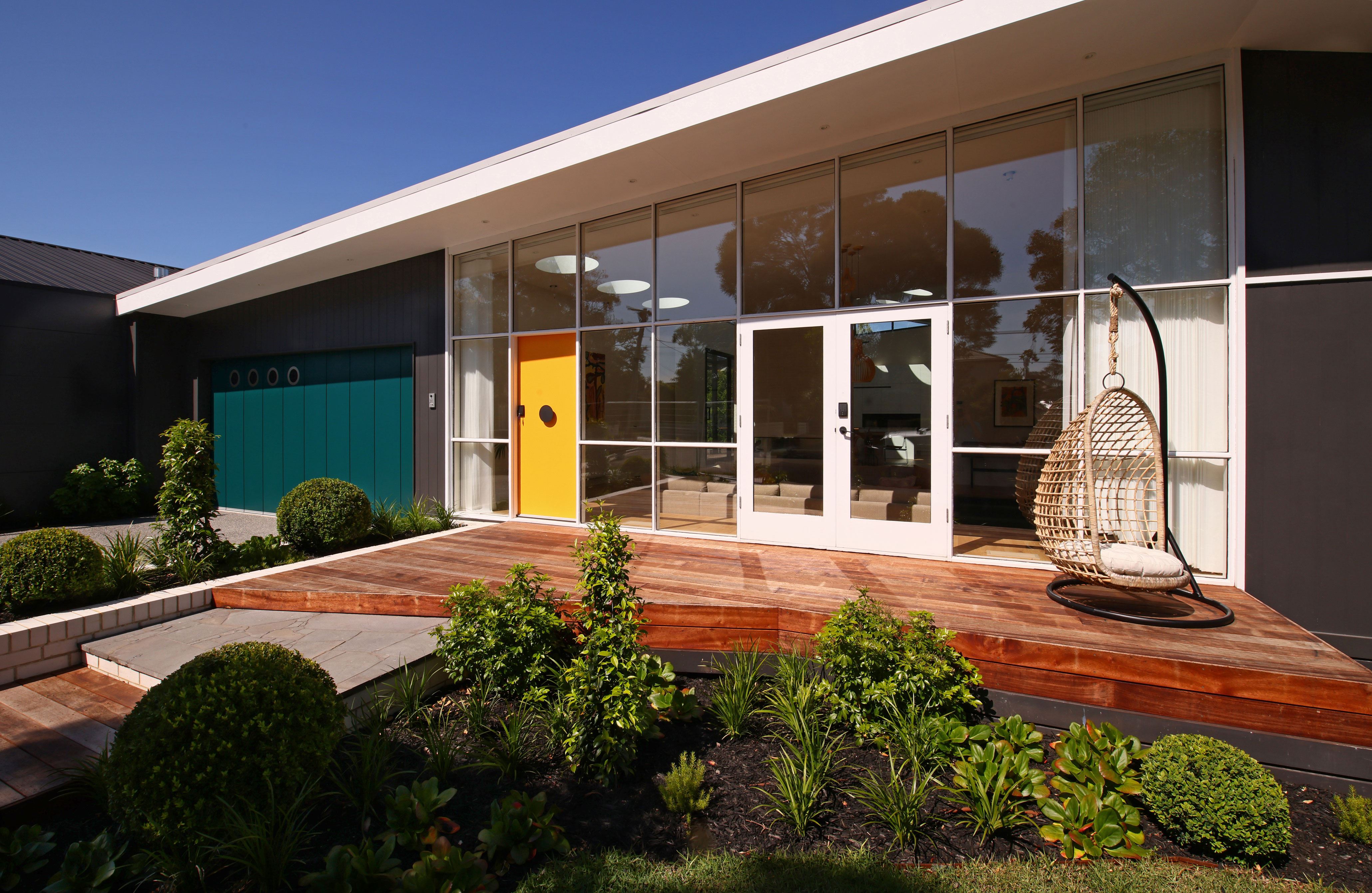 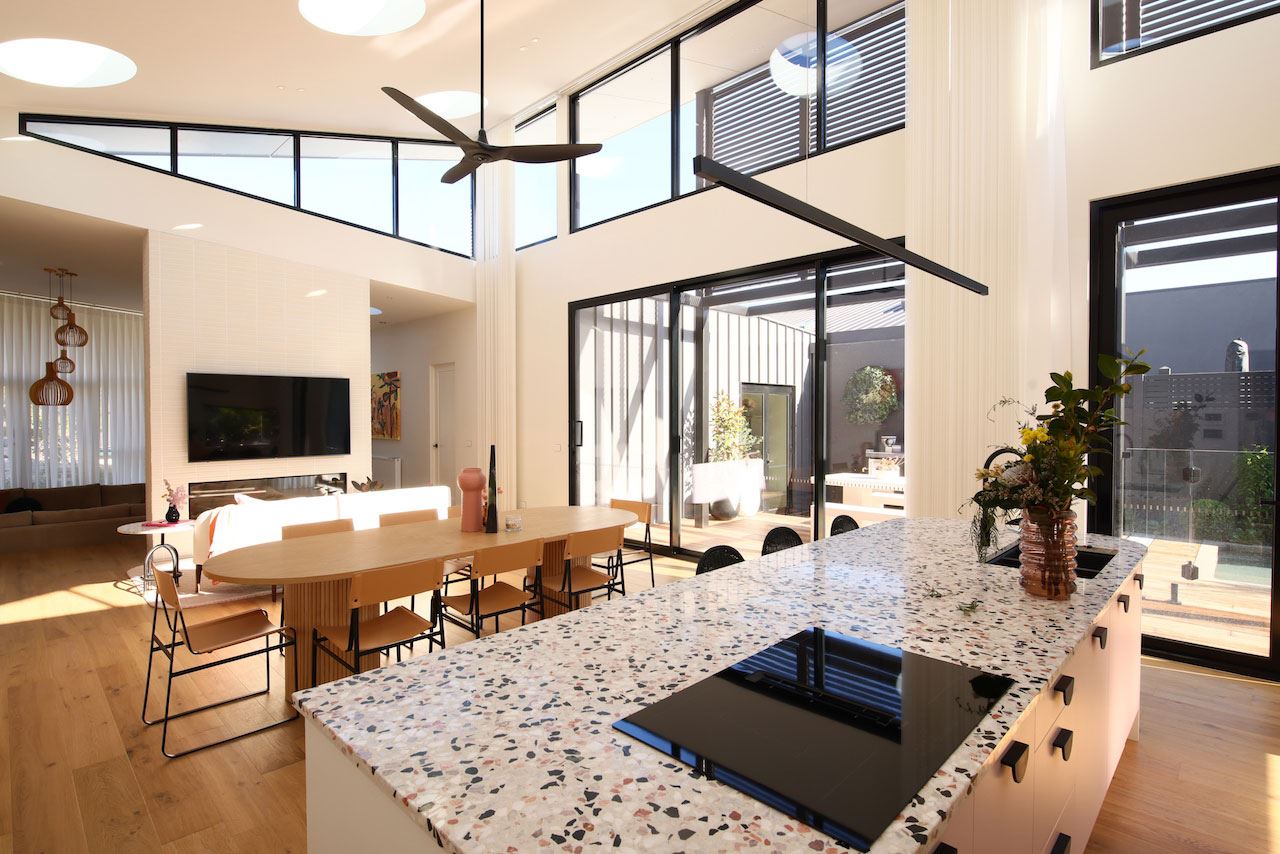 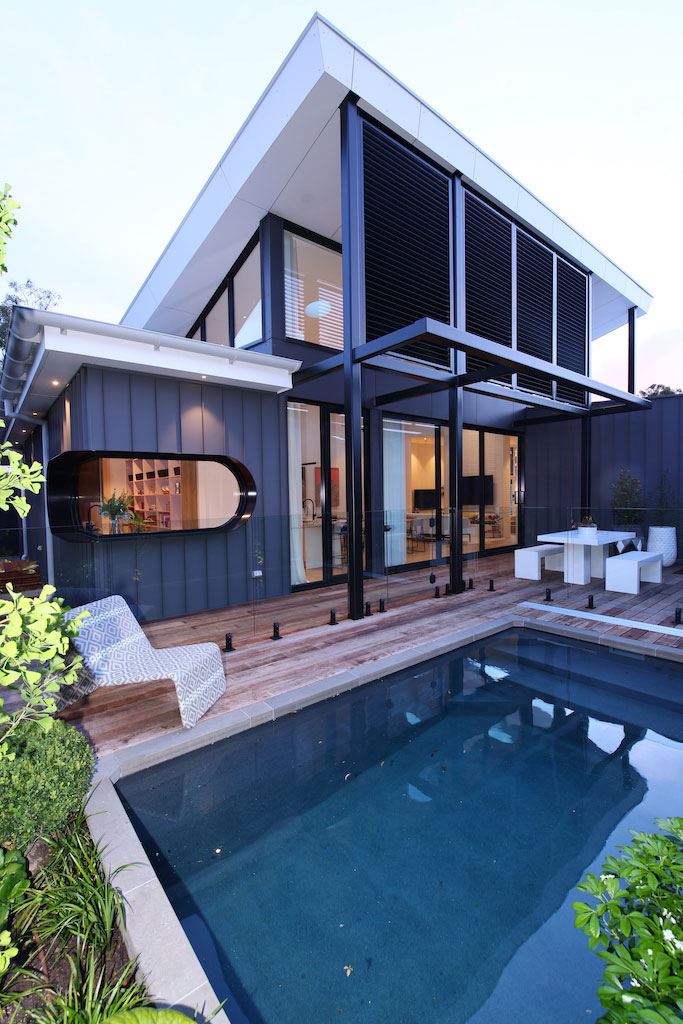 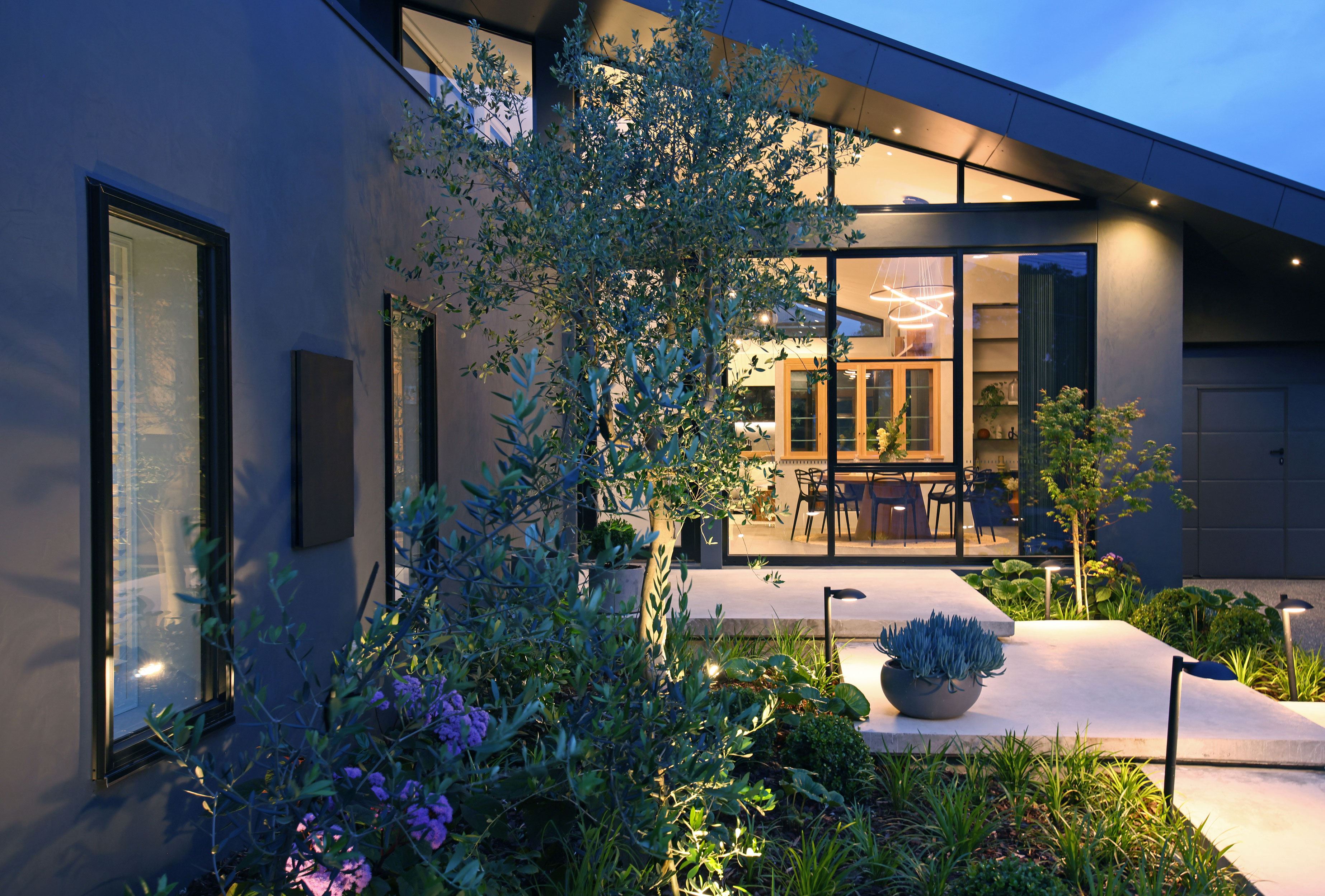 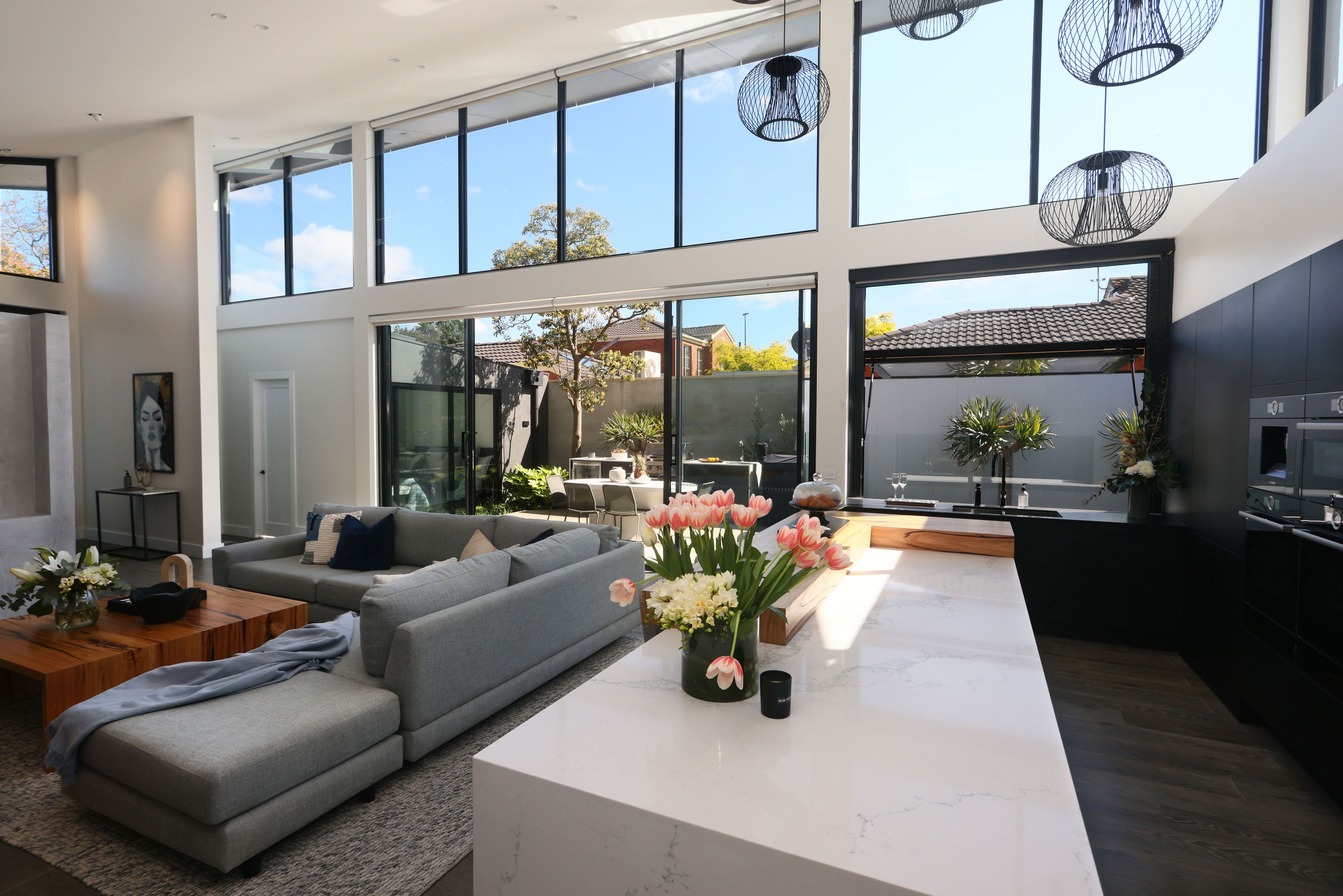 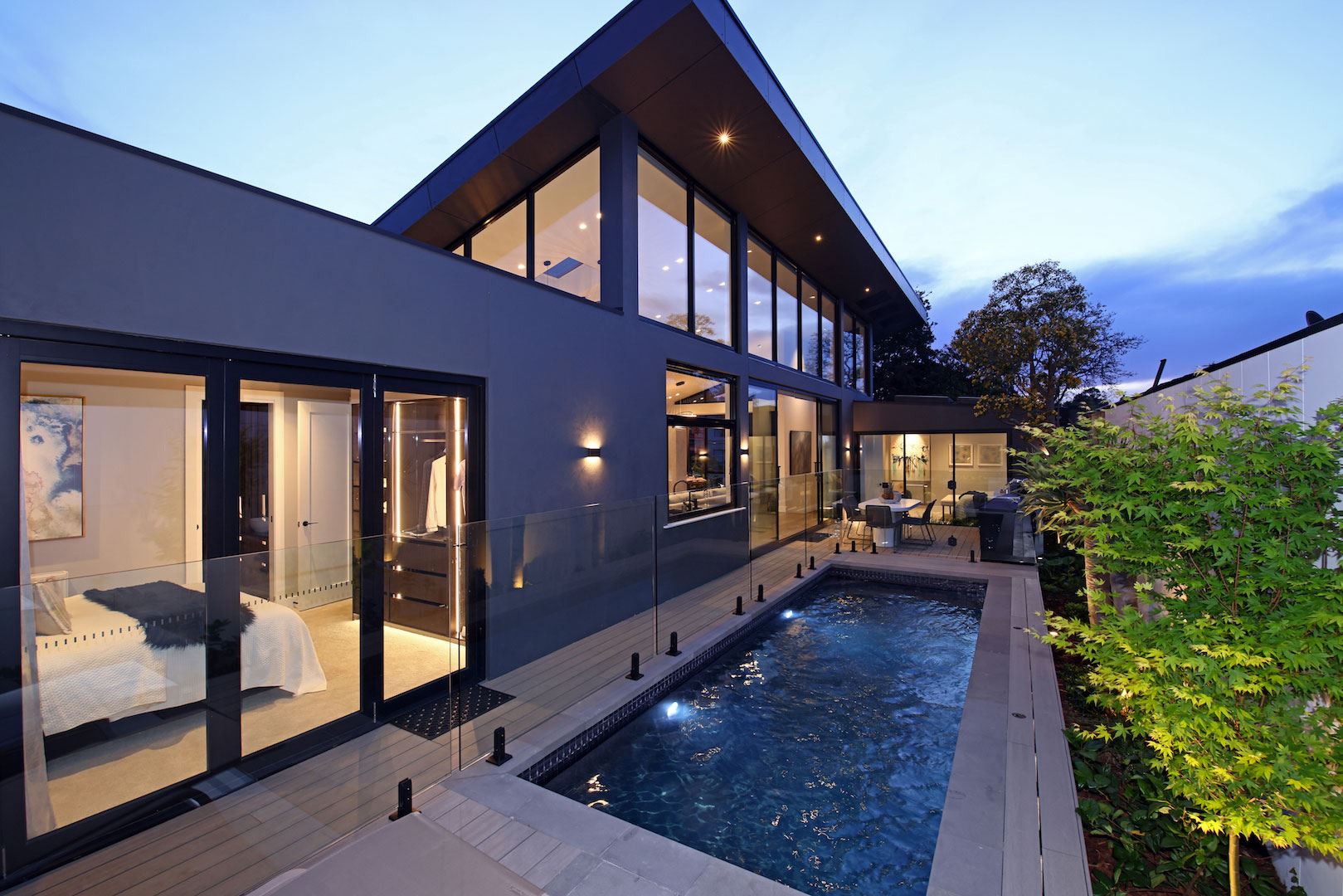 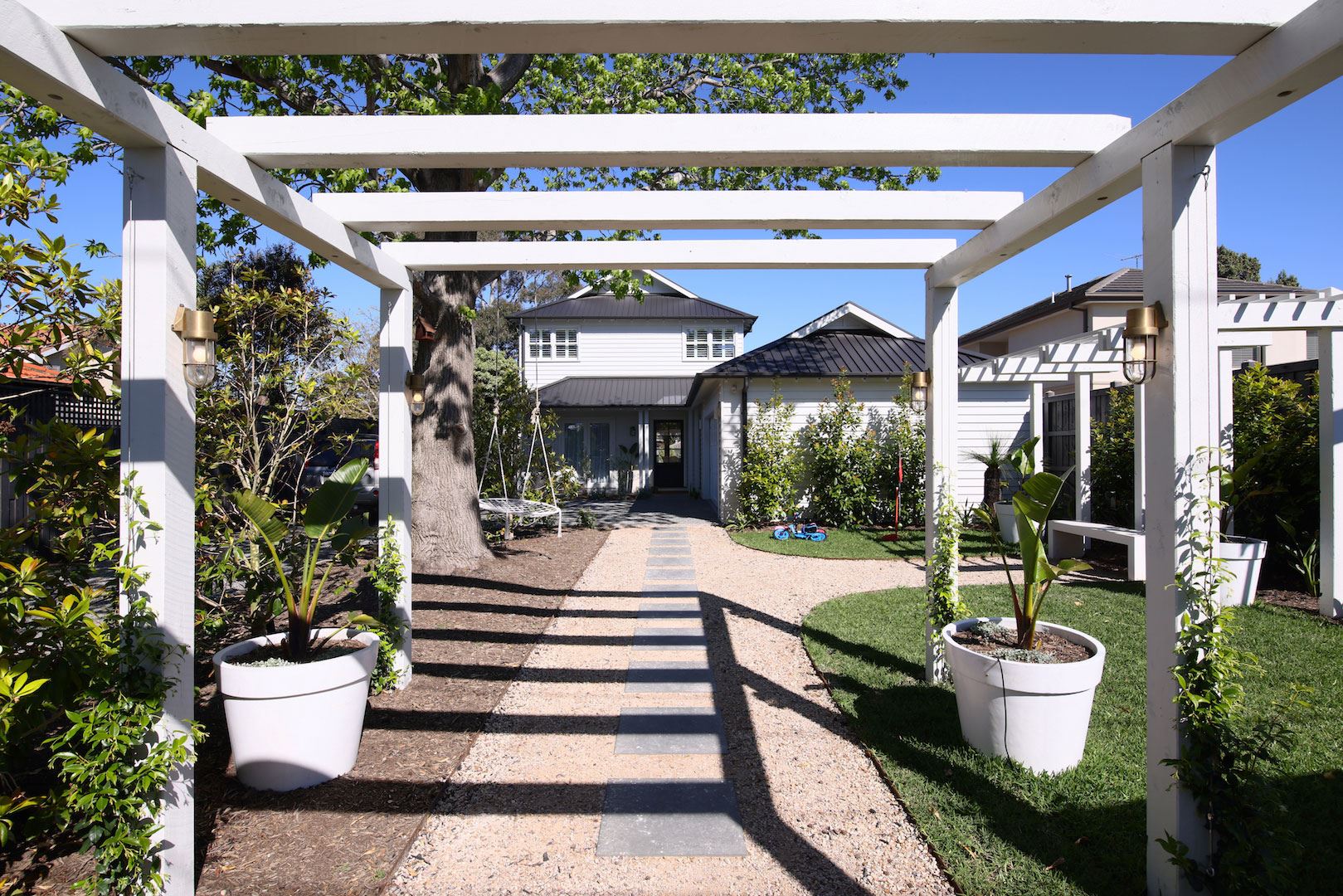 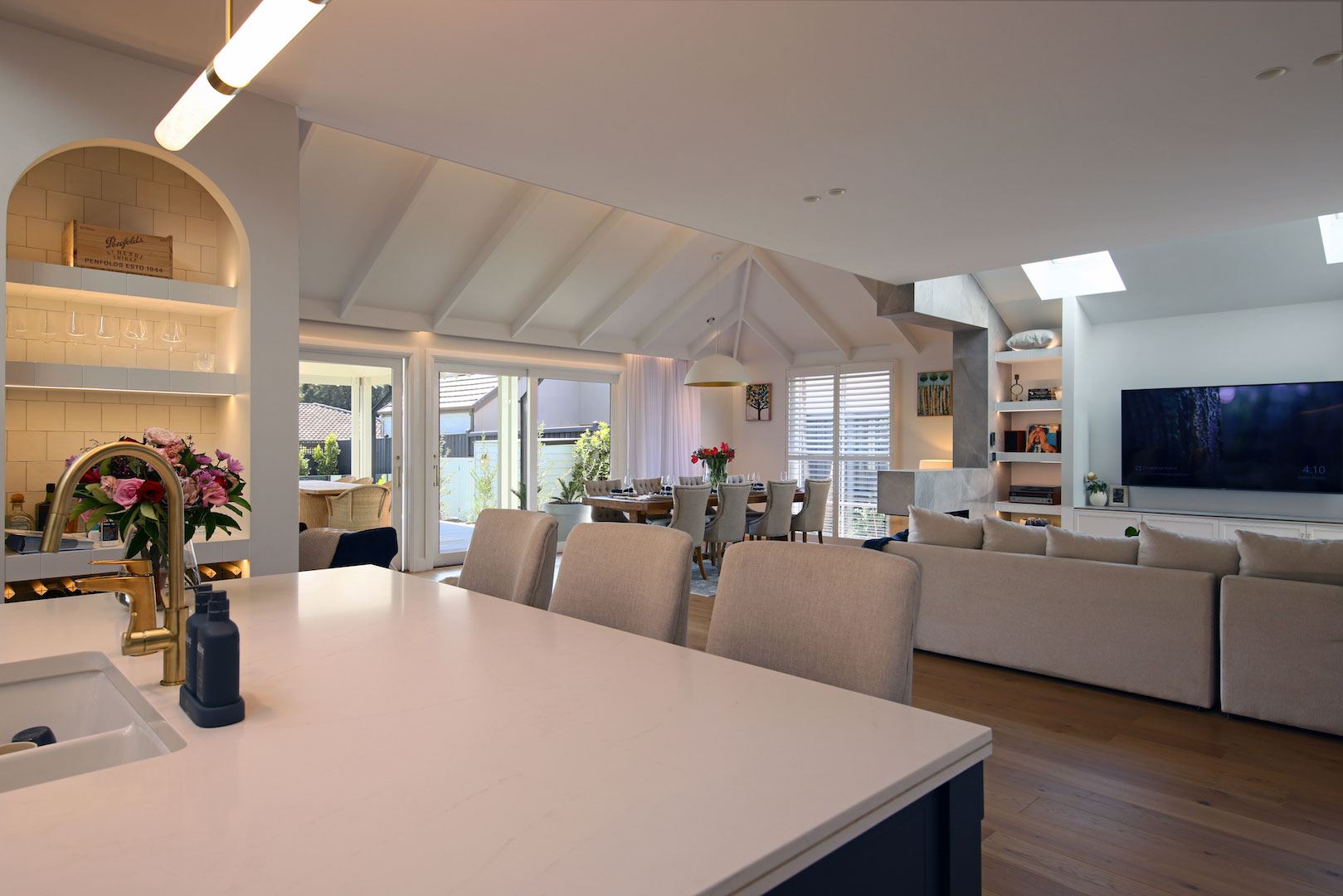 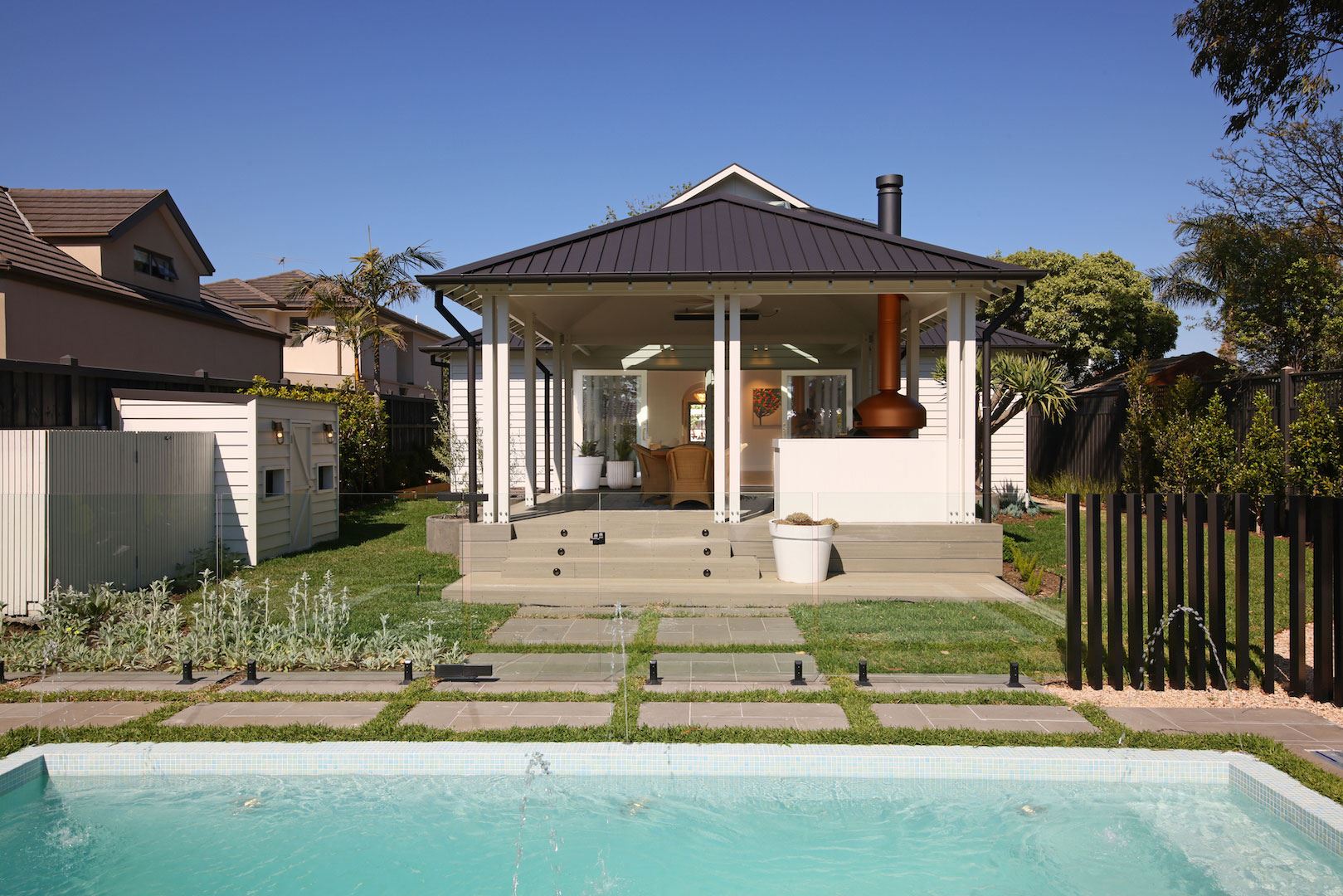