Part yesterday, spiced with plenty of tomorrow, the domed library is a rare civic design that stands out for all of the right reasons. Sited on the edge of historic Johnstone Park with commanding views of Corio Bay, the library as intersection of printed word and cyberspace is reminiscent of a deep space observatory.

Viridian’s aptly-titled PerformaTech™ glass is folded, origami style into towering walls of transparency and reflection on the new Geelong Library and Heritage Centre. High lustre, crisp light transmission, solar control and thermal insulation make a sublime fit with ARM Architecture’s vision for this library as grotto by the sea.

Remarkable times call for remarkable solutions and this $45 million project proves once and for all that size, height or bulk are un-related to a convincing civic identity.

For a time Geelong courted the Guggenheim Foundation, such was the desire for a landmark with the necessary gravitas to turn the city from backwater to global headline act. While the heavily incentivized invitation failed, GLHC heralds the authentic, home-grown gesture rather than the grand, imported franchise.

For the architects it was a case of perfect place and time to answer the call from a city willing to sponsor and embrace real design change. Here is the object of pleasurable, inspiring associations. It has those qualities found in all memorable architecture able to transport the visitor in ways subtle, yet profound.

Part oversized Faberge Egg, part window into the future, GLHC is public institution as lighthouse of learning, entertainment and leisure. A Guggenheim it isn’t, yet in its own mini-grand style, it ramps up the city’s self-image in entirely unexpected ways. Smart patronage, design finesse and a public eager for cultural engagement coalesce in a rare literary event.

Great architecture invariably tests public opinion. Sydney’s Opera House initially attracted its share of scepticism. Worthwhile risk-taking and strong nerve are the broad failure of most cities. And its why, amongst the towering blandness, architecture of the hearts and minds can be considered a novelty.

Vision’s Peter Hyatt met with ARM architect, Wayne Sanderson to discuss a project that celebrates libraries as living, dynamic places with a future rather than on the verge of extinction:

PH As civic design goes, this library is a standout.

WS That was our intention.

The design appears a marriage of Fabergé Egg and deep space observatory.

The mayor refers to it as ‘The Brain’. Others refer to it as a spaceship or Tardis. That’s not necessarily our design concept but we welcome all interpretations. We view it as the Renaissance idea of civic buildings with domes. We interpreted the dome geometry to make it a sphere. The other key idea is that of a grotto in a garden setting. The grotto is a place of reflection and learning within these gardens. That sat very well with the library idea, as an internalized centre of knowledge we could then reflect with the eroded, fragmented form on its western side.

It’s a design open to wide and multiple interpretations which is certainly a deft touch. That expressive glazing with various parabolas and faceting contributes to quite a jewel-like quality.

That’s right, the glazing has a very crystalline, jewel-esque quality. That’s highlighted by the polished stainless steel on the leading edge of the glazing. This sits well with the eroded glass, reinforced concrete skin that reveals the magnificent crystalline, stepped arrangement that mimics the entrance to the cave if you like.

How important is it for architecture to be invitational and have drawing power? It’s obviously important for a library to have a certain magnetism.

All civic buildings used by the public should have a degree of openness to interpretation. ARM enjoys civic architecture, specifically because a wide range of people will use it and interpret its meaning. It’s our core business and the GLHC is already an important part of this community. It gives to the community, and good buildings or great buildings in this case, are open to people to comment on, both positively and negatively. Overwhelmingly we’ve been supported. It has come from all over, which is outstanding for a civic building, because we’re on record for saying architecture is there to polarize people.

Does this treatment of the library and the whole experience of place challenge the idea of libraries
as book repositories as we know them?

Absolutely is the answer. Libraries as they were and the one we replaced from the ‘60s, now have a different function. Apart from the technology and the IT, and those other 21st century technologies that are in the buildings. They are more community hub. This one is a free resource to everybody, regardless of your education or background. It invites everybody.

How else is that demonstrated?

Was there a standout challenge?

The actual sphere is a simple geometric form. The erosion on the western side, that zigzag face of the glass, made it quite a geometrically complex building. Structurally there are very large members that arch across the west face, which then support suspended slabs. Level 5, 4 and 3 are partly suspended from this roof structure. As a result the differential movement within the glazing system had to be very subtly resolved. Keeping the zigzag glazing details elegantly simple required different solutions on the south and west facades.

Do you ever ask yourself the question about why you might choose such a difficult, complex option?

Not at all. Great buildings take great effort and this building is no different. It took buying from everyone, from the initial group at the council and the Geelong Regional Library Council, all the way to the builders. You can’t do great buildings without everyone involved giving their all. That’s what had to happen on this building.

Traditionalists love the look and feel of the physical book. It’s an experience that you can’t get electronically and
it’s something you celebrate.

Yes. GLHC celebrates the tactility of books with a centrepiece that they call ‘The Great Wall of Stories’.
It’s a wall of books 6 metres tall and 30 or so metres long and is a thing of beauty.

How important is it that the architecture should make a statement, rather than be subordinated, or a sheet of wallpaper?

I think it’s really important. Our buildings don't have an ARM signature style. They are all responses to the brief and responses to their environment. They do have an ARM overtone, but you don’t instantly recognize any two buildings as the same. The most important thing for me, as a representative of ARM, is that the story generates  the building form.

And the story here is?

The combination of the grotto and the reinterpreted traditional dome. Evidence of our commitment to realising the design concept, maintaining it, being true to it, is something that is important to us. It’s not something  that is post rationalized. It’s just there.

It would be interesting to bring that visionary Buckminster-Fuller to the party and see what he would make of this. I suspect he would really approve, because of his love of domes of course.

The location of this building also starts its own dialogue because it’s adjacent to the Geelong Peace Memorial, essentially a neo-classical building. To the north is the so-called Upside Down building across the street running on this arts and culture spine on Little Malop Street.

It’s a facility for everybody, a very democratic building; egalitarian and inclusive, rather than exclusive.

Glass has an important role because it’s much more than a game of appearances, or performance. So it really has to meet environmental and aesthetic standards in one sweep?

Yes, glass is a key component with any contemporary building. The extent of glazing and its performance is vital. Glass has two key roles here: it acts as a mirrored, reflective surface and some of the quality of light internally is from incidental reflection. The refracted light from these mirror strips looks like ribbons of light on the façade. The glass reinforced concrete skin acts as a canvas. The interesting quality is that those light rays are accidental rather than deliberate. The zigzag form of the glazing was a conscious decision to assist with the environmental performance. By rotating the glazing away from the west, it faces the north-west and south west, the glazing system is more efficient.

That’s a major consideration for our team as a specifier. We specify for performance. Our relationship with local companies such as Viridian is important. One of the important goals of this project was to achieve 80 percent local content. We came very close to that figure.

At what stage do you involve firms such as Viridian?

Usually quite early on. As a design practice we like to involve their technical people from the outset. We have a very strong relationship with them. There is a whole series of design criteria to meet, how much glass we include the amount of the façade that is vision glazing and how it should be treated. The technical input from Viridian is vital and their level of expertise and service is a contributing factor as to why we bring them on board. 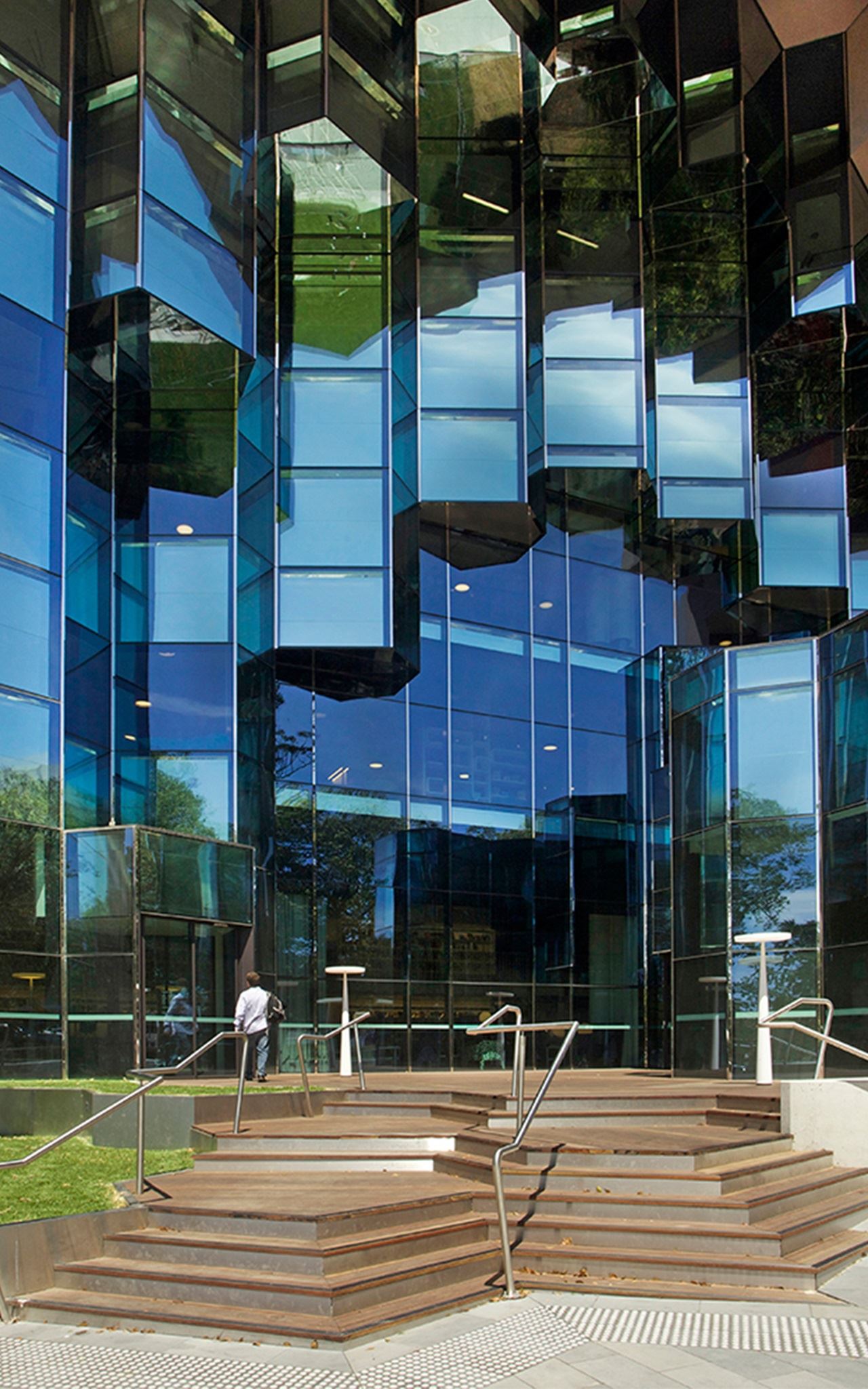 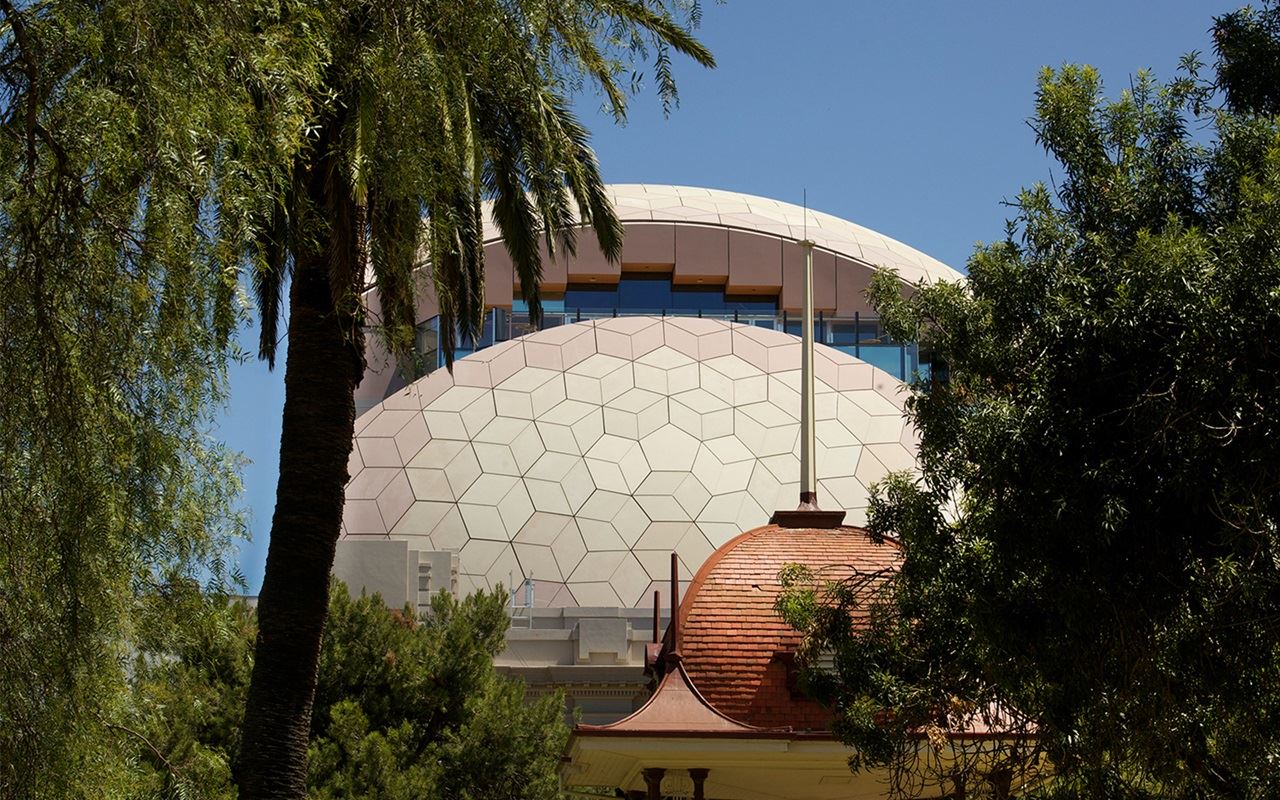 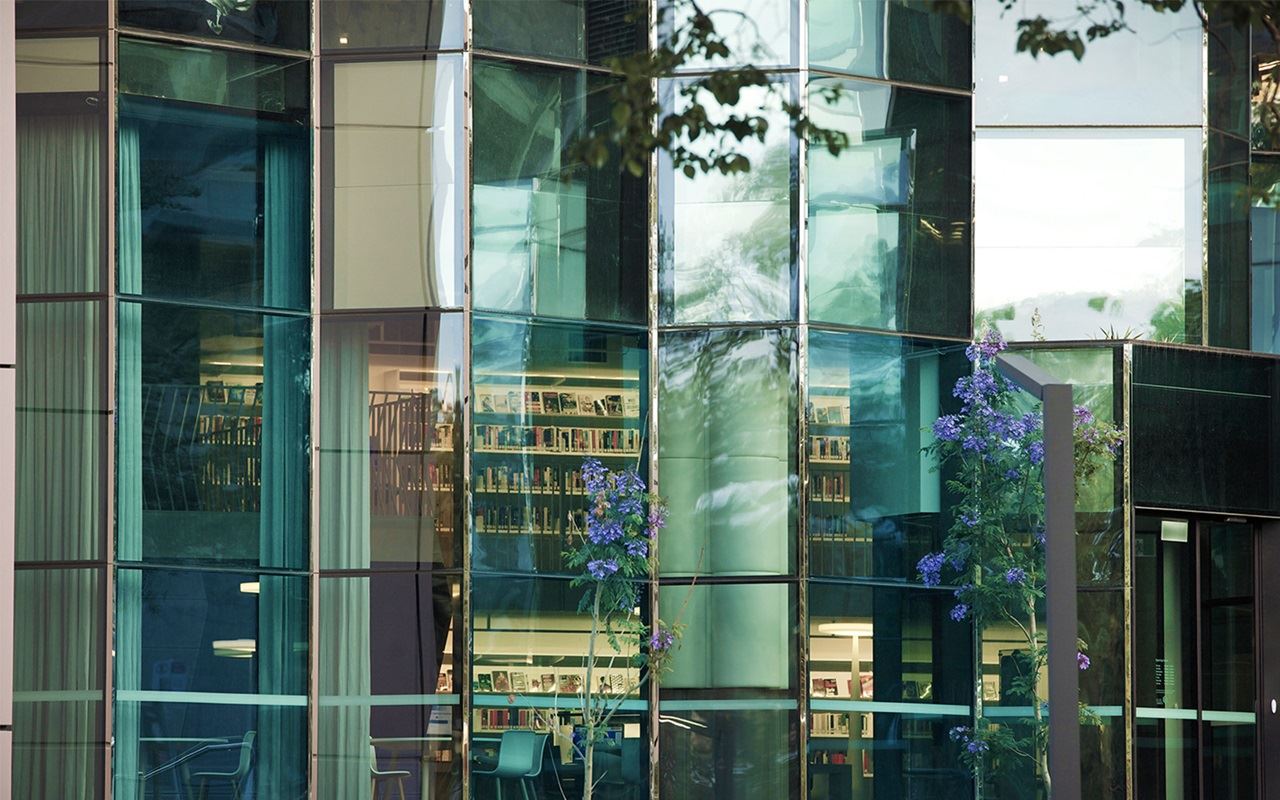 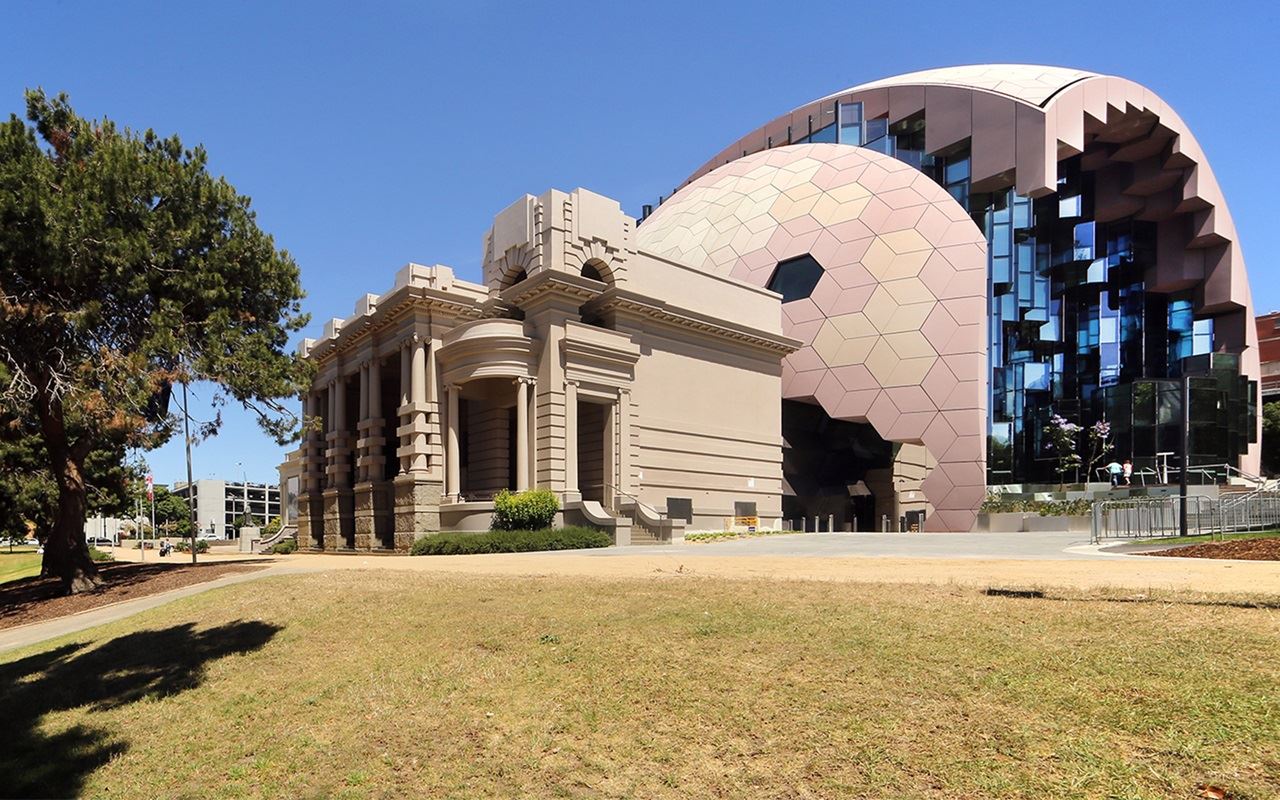 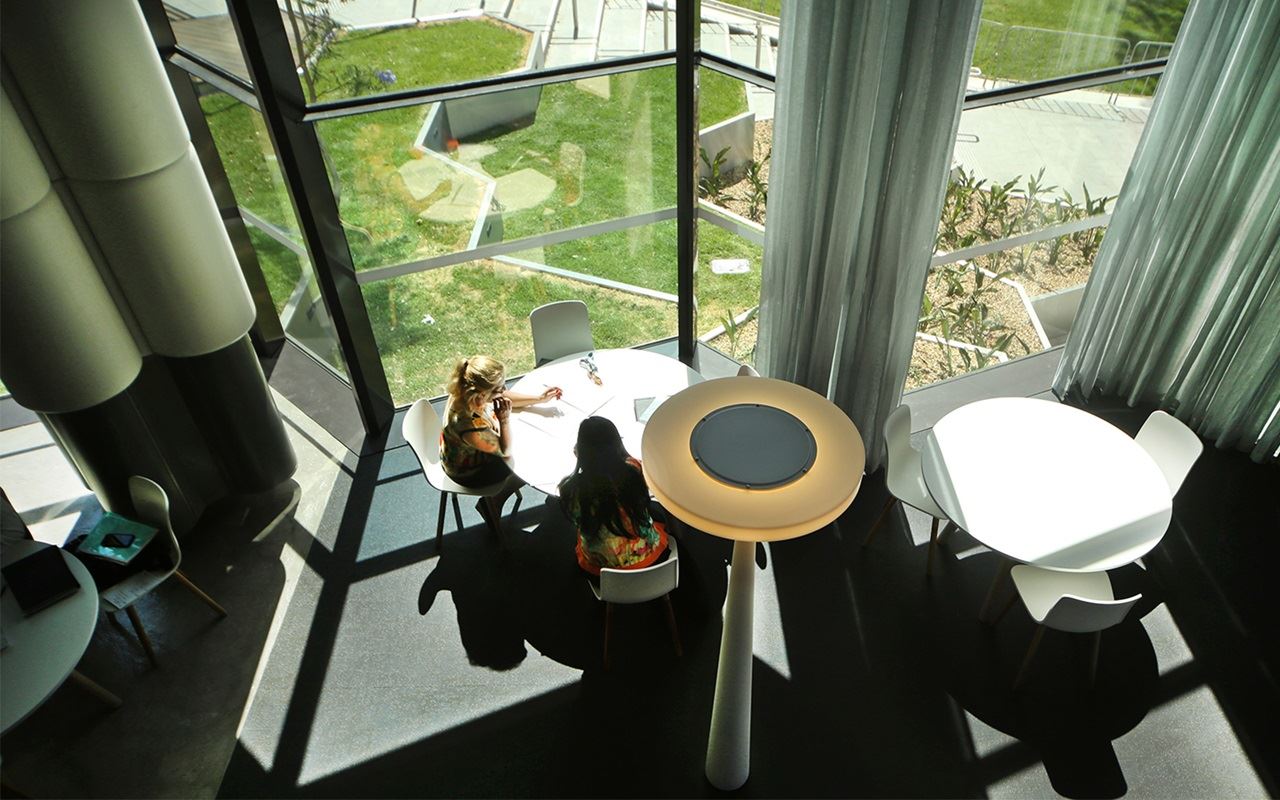 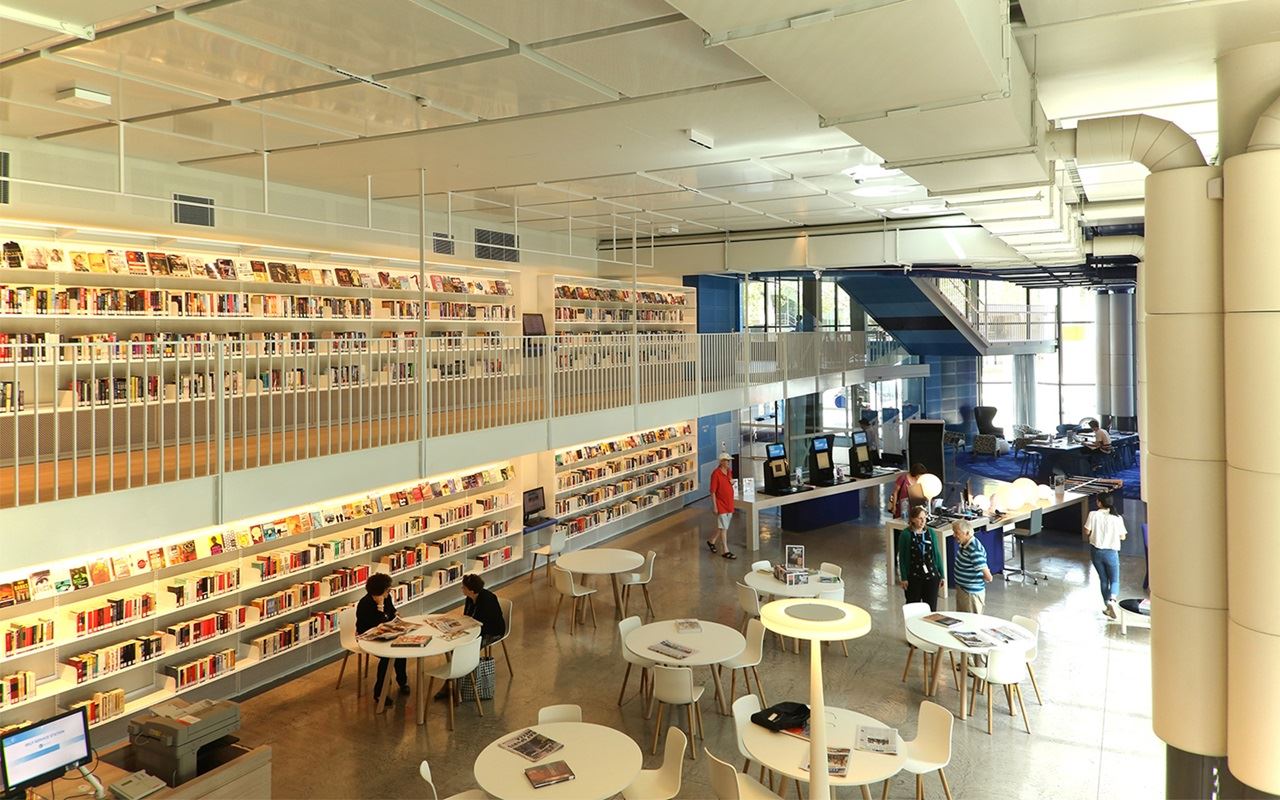 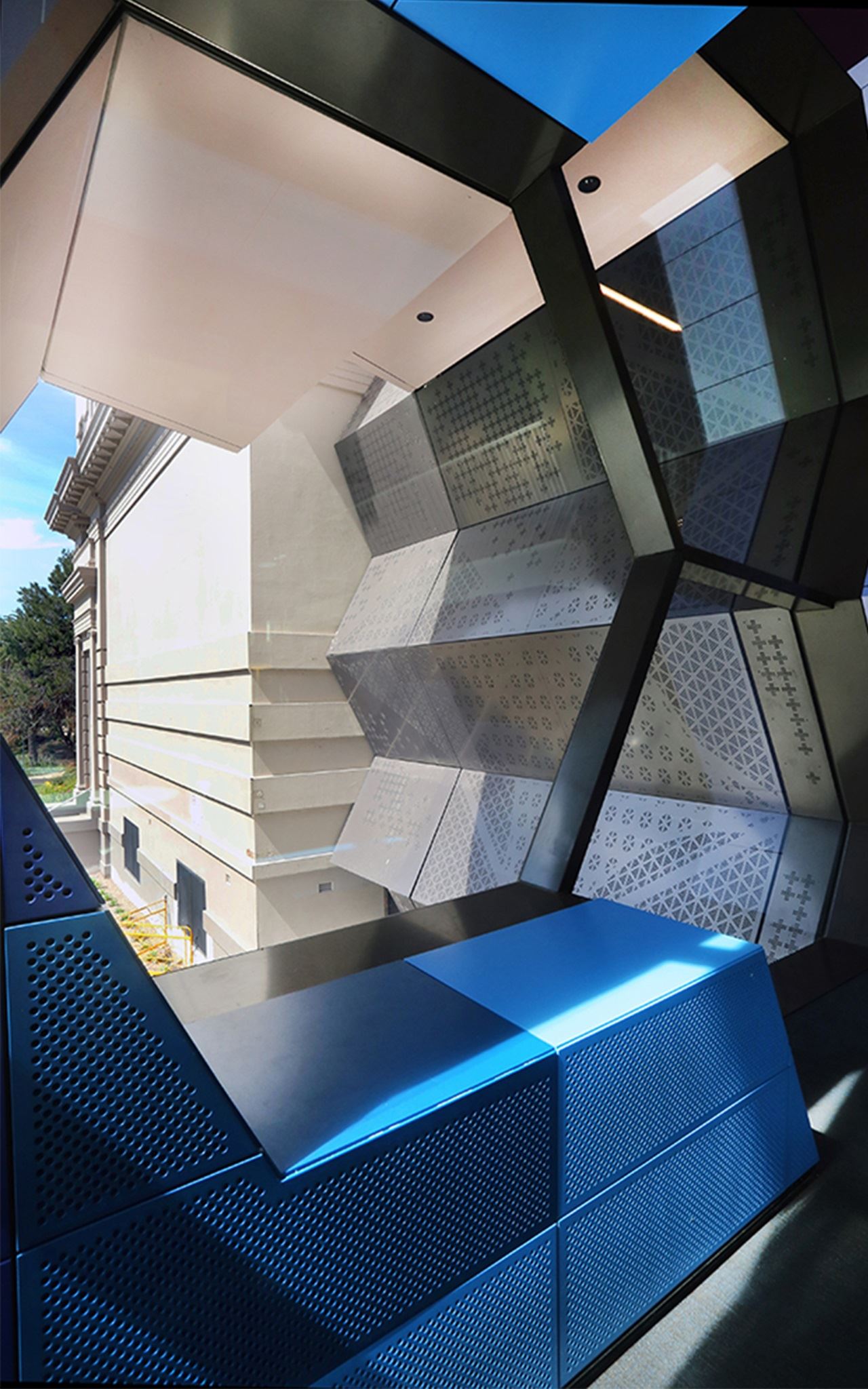 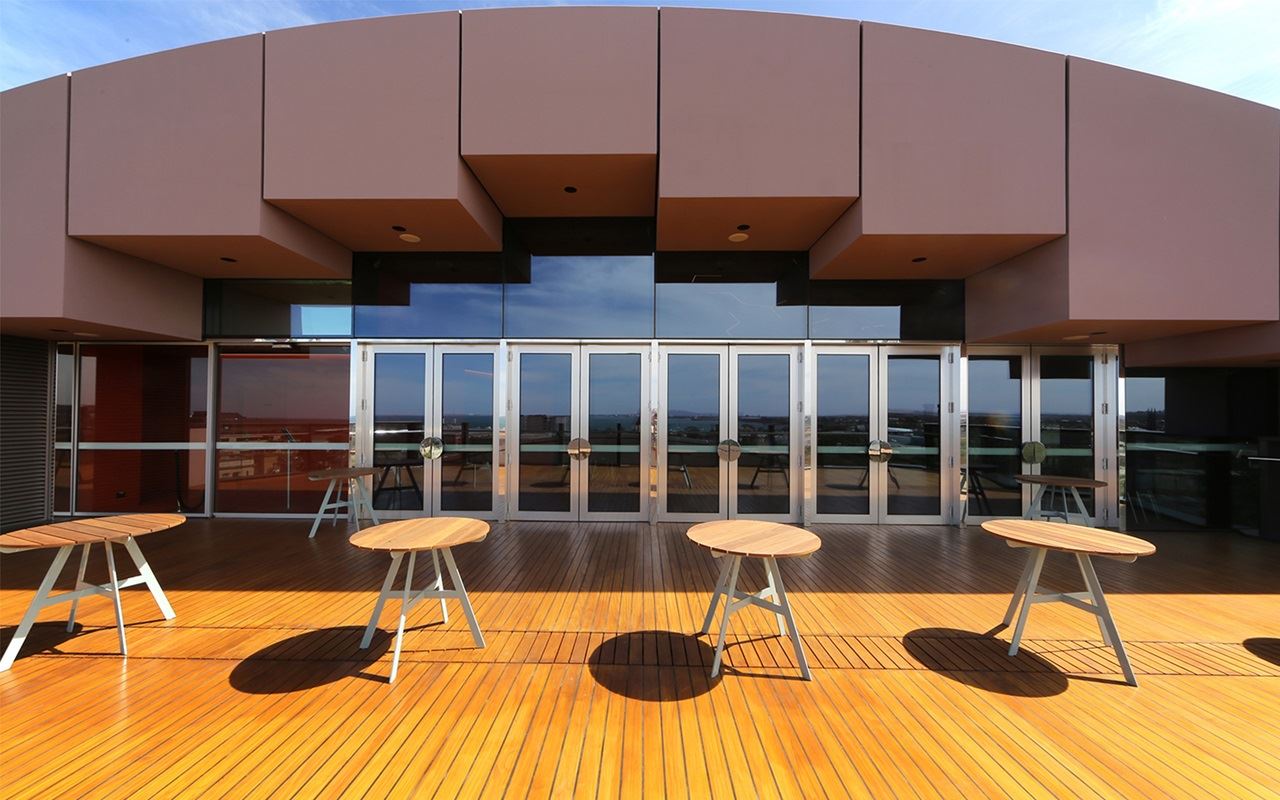 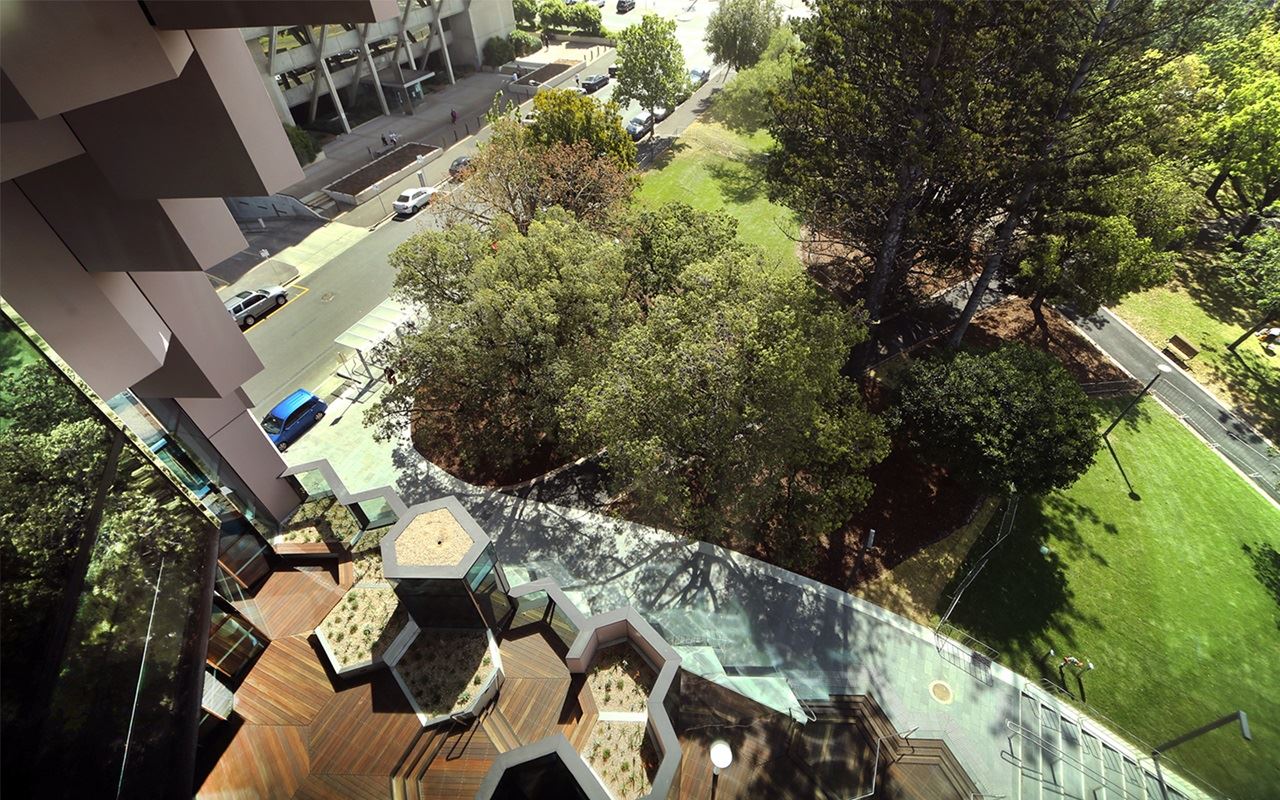 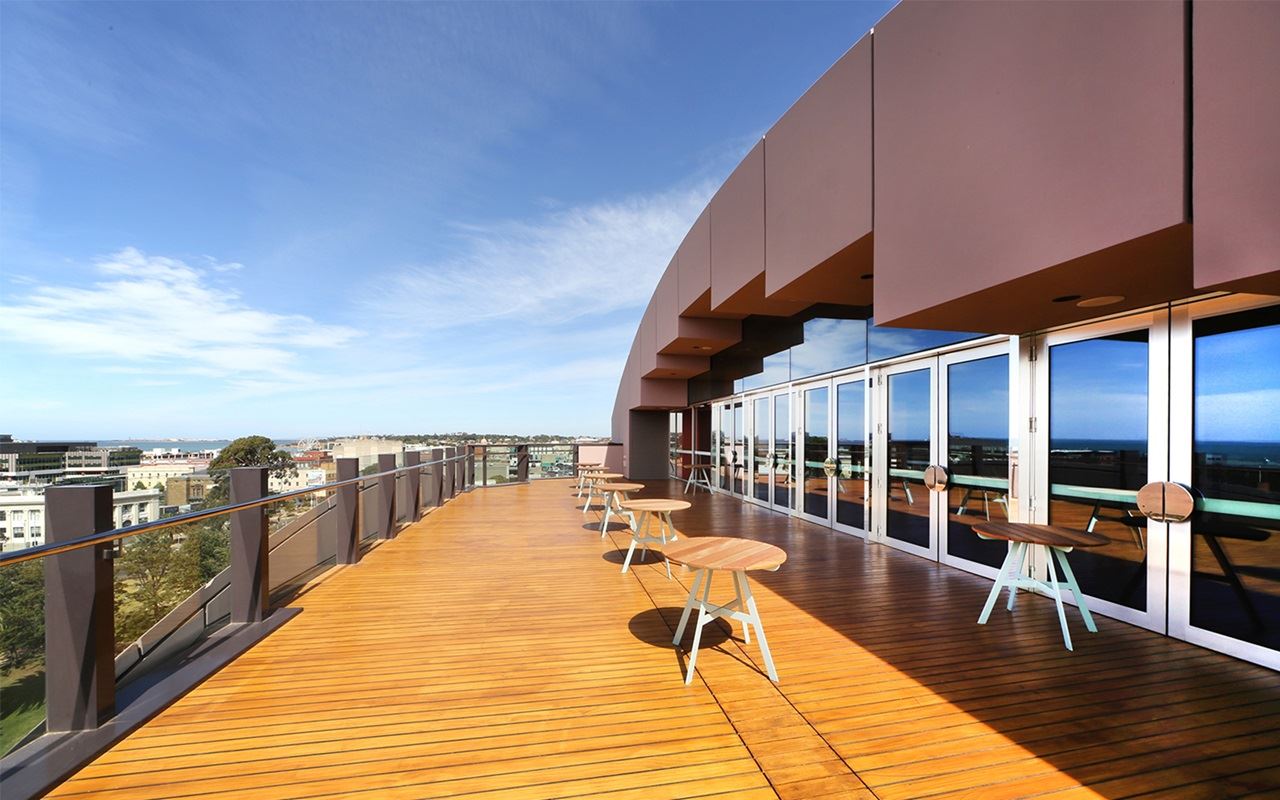 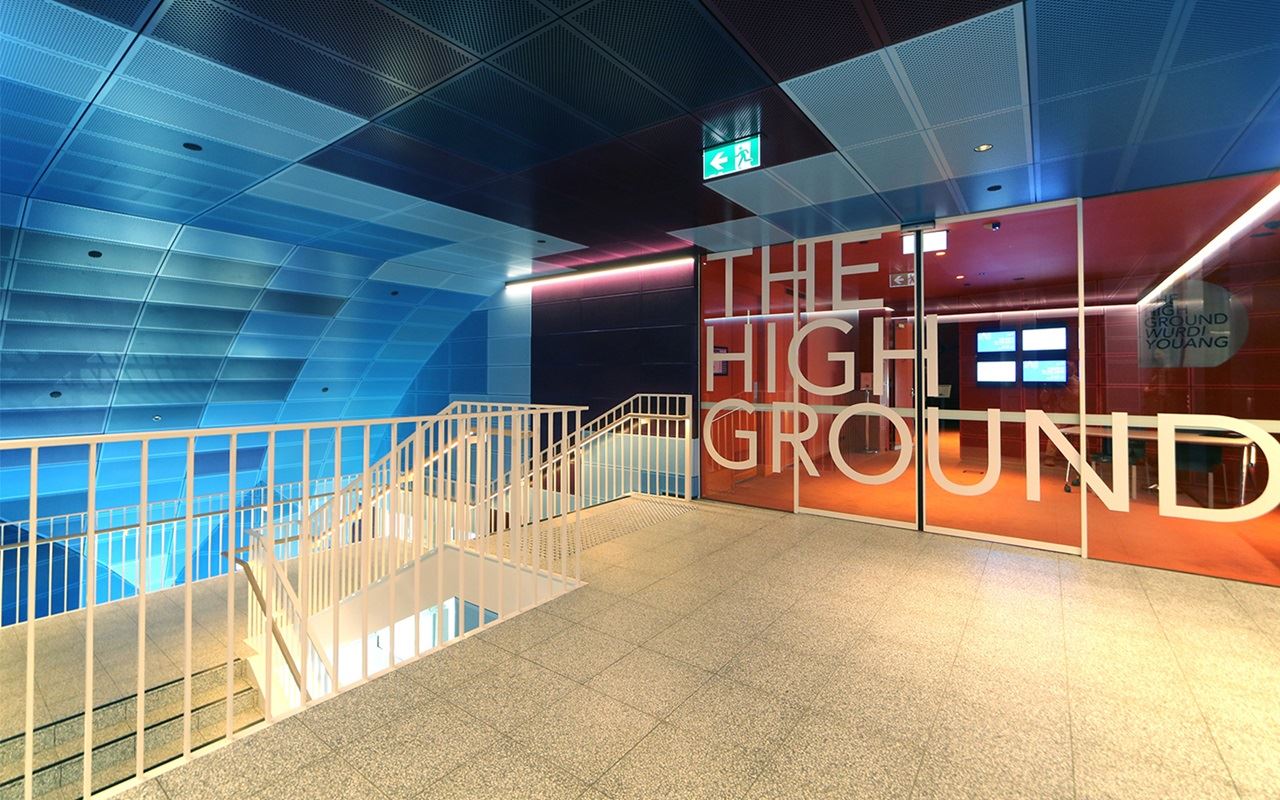 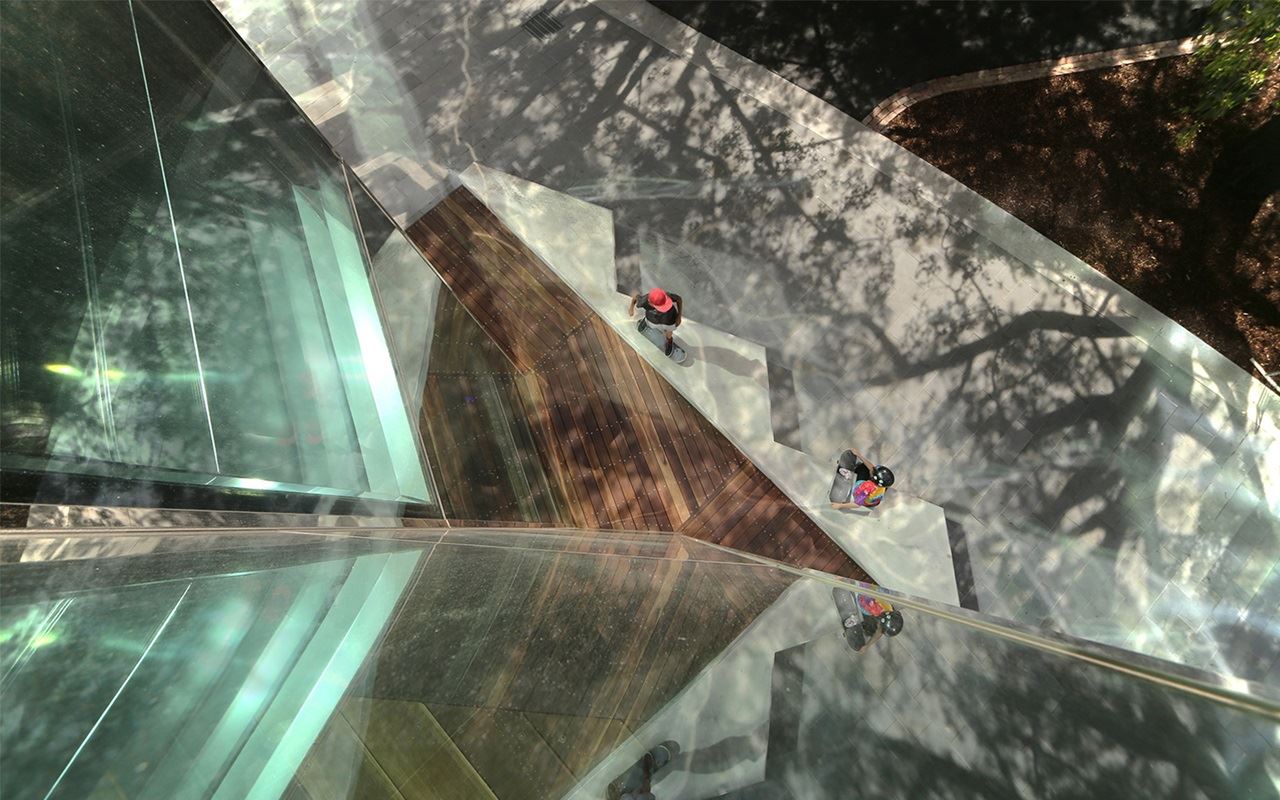 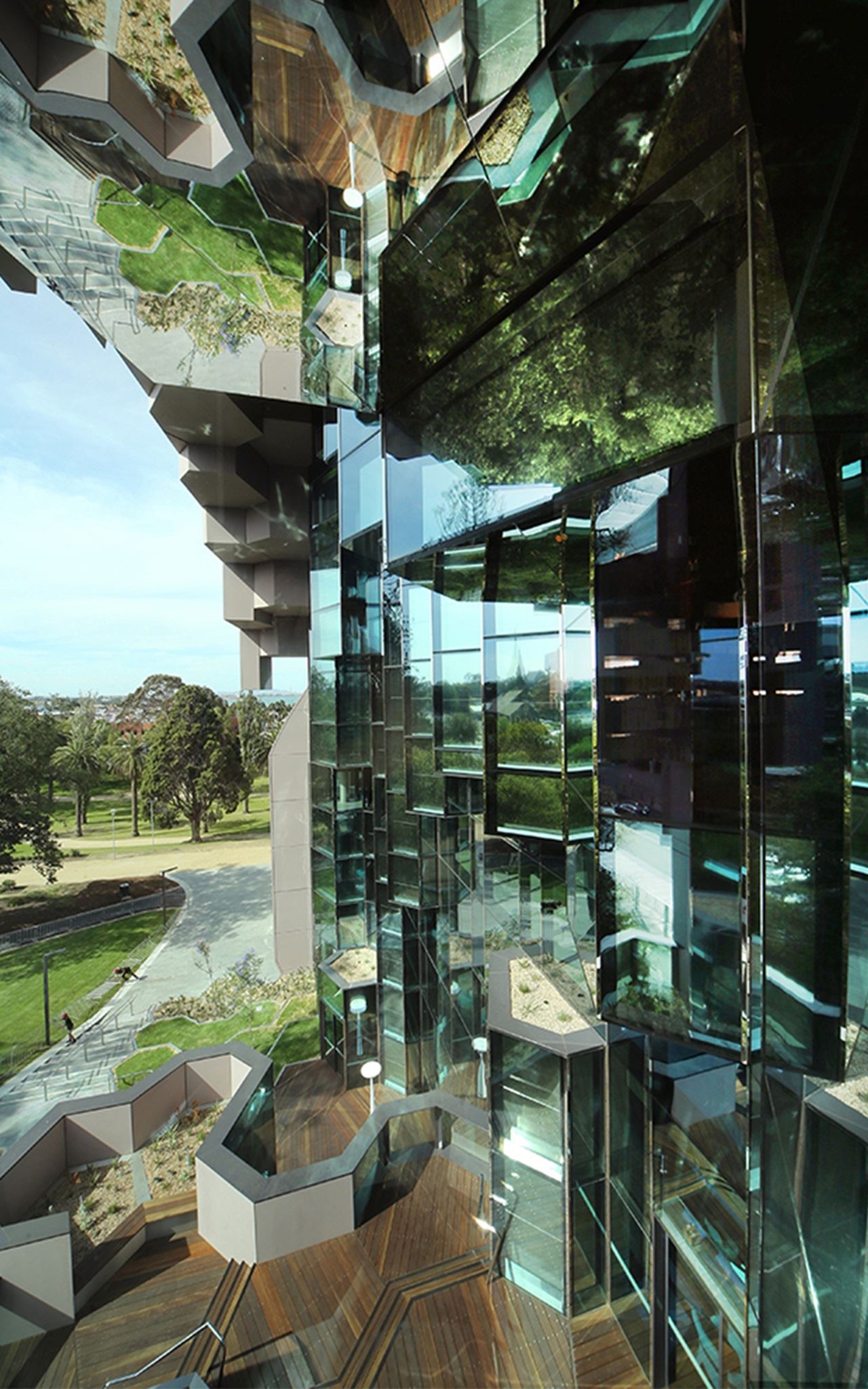 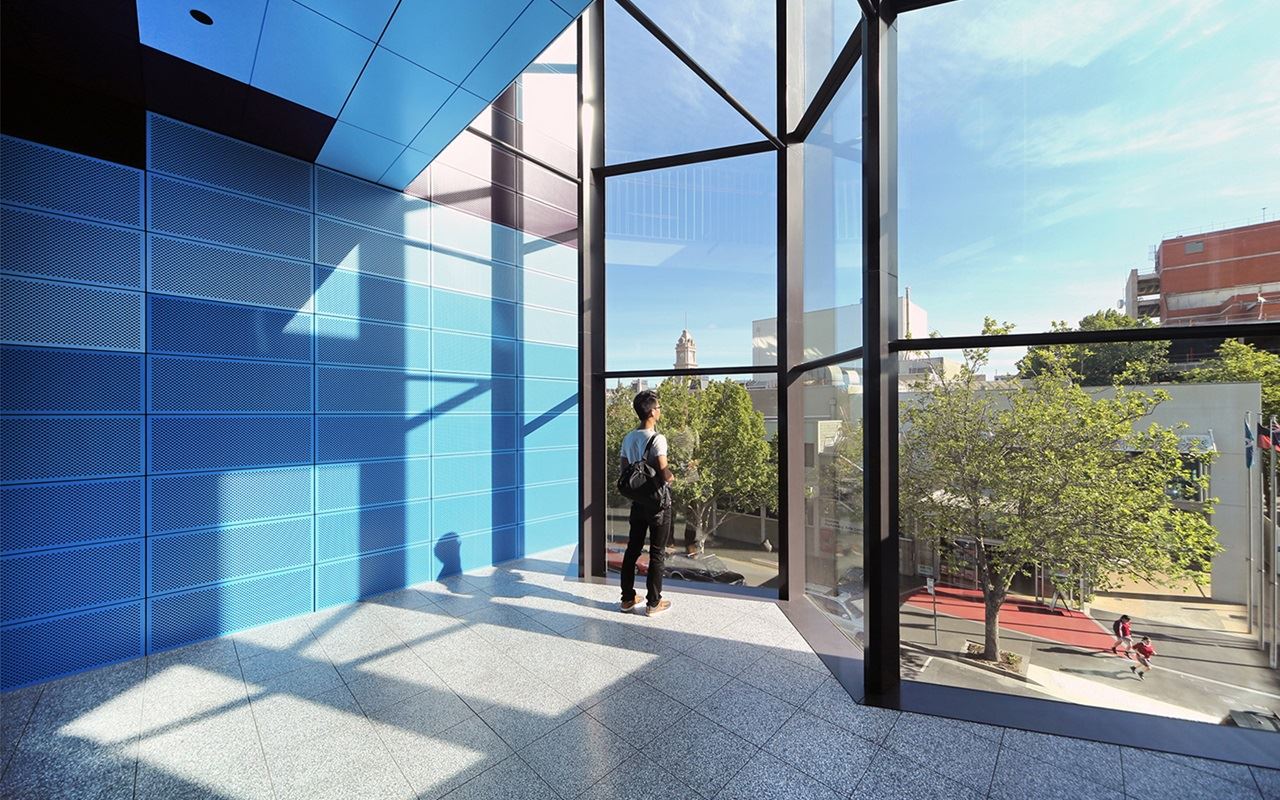 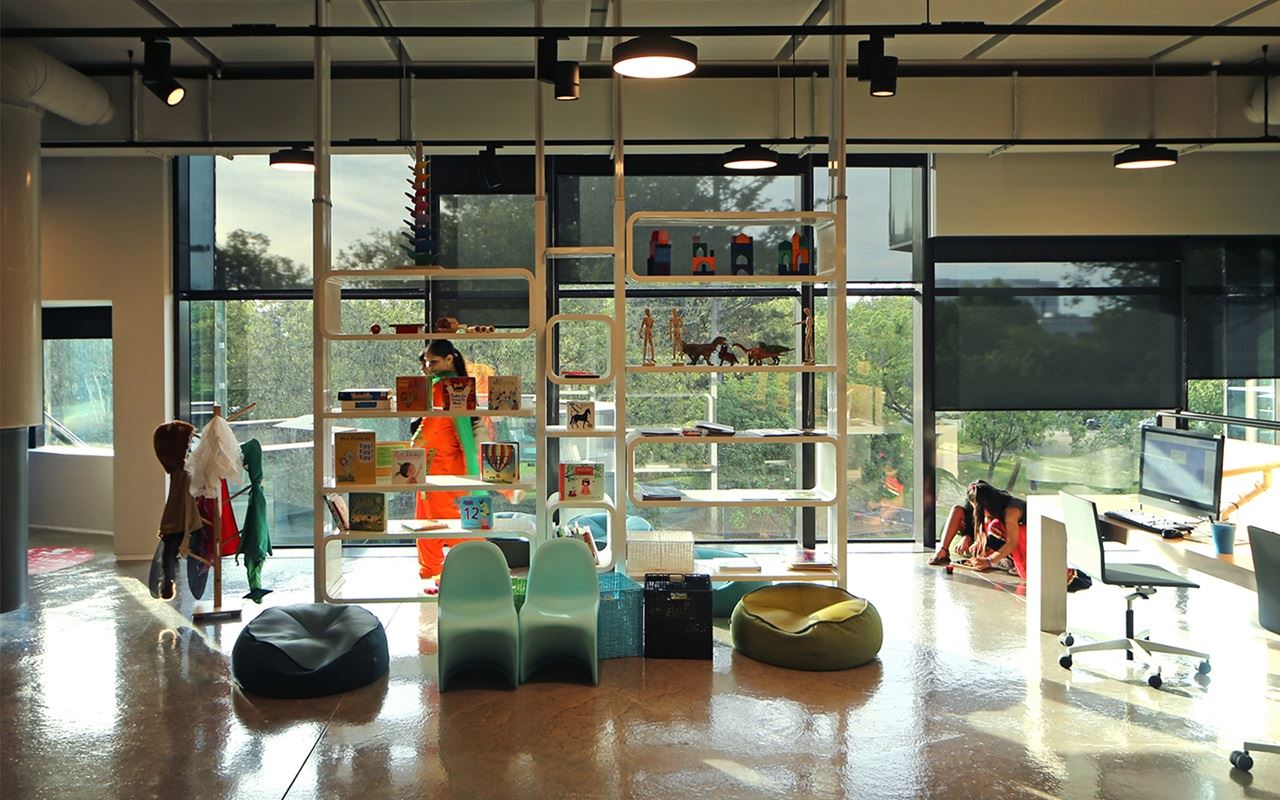 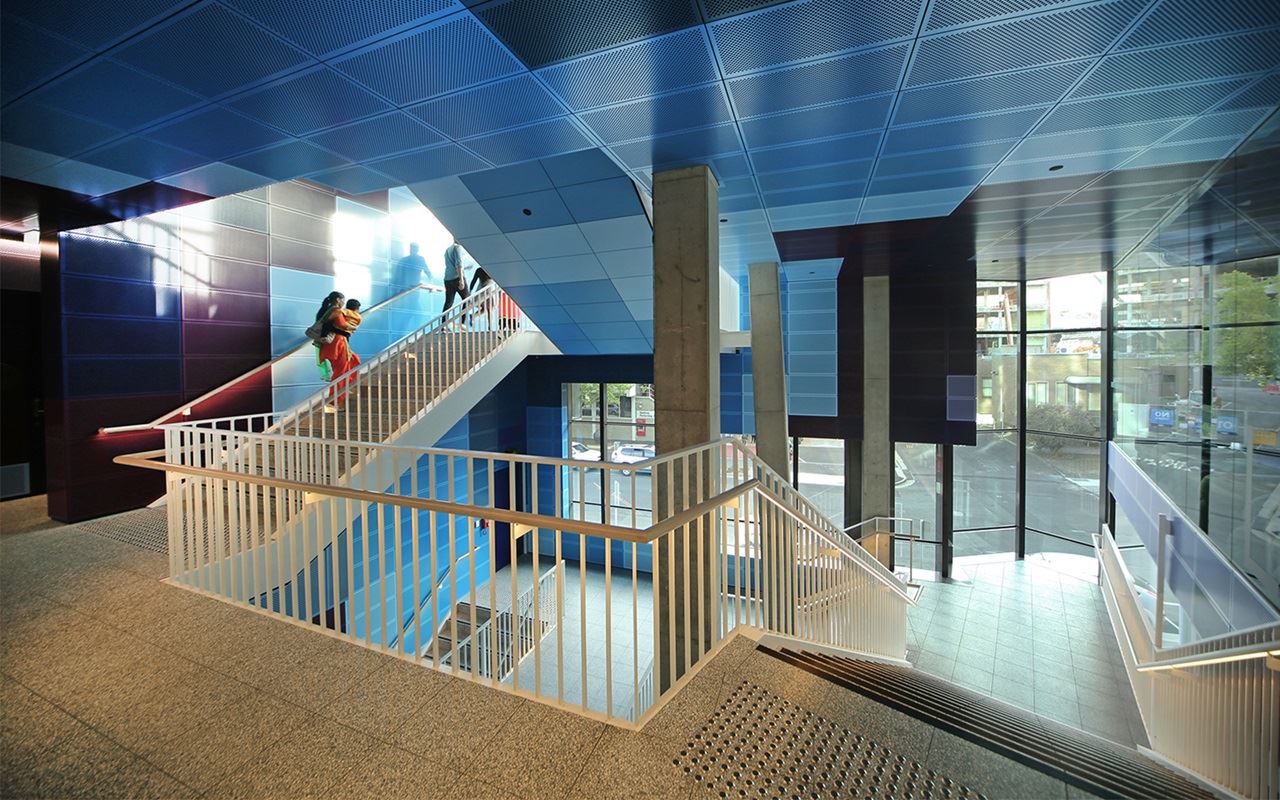 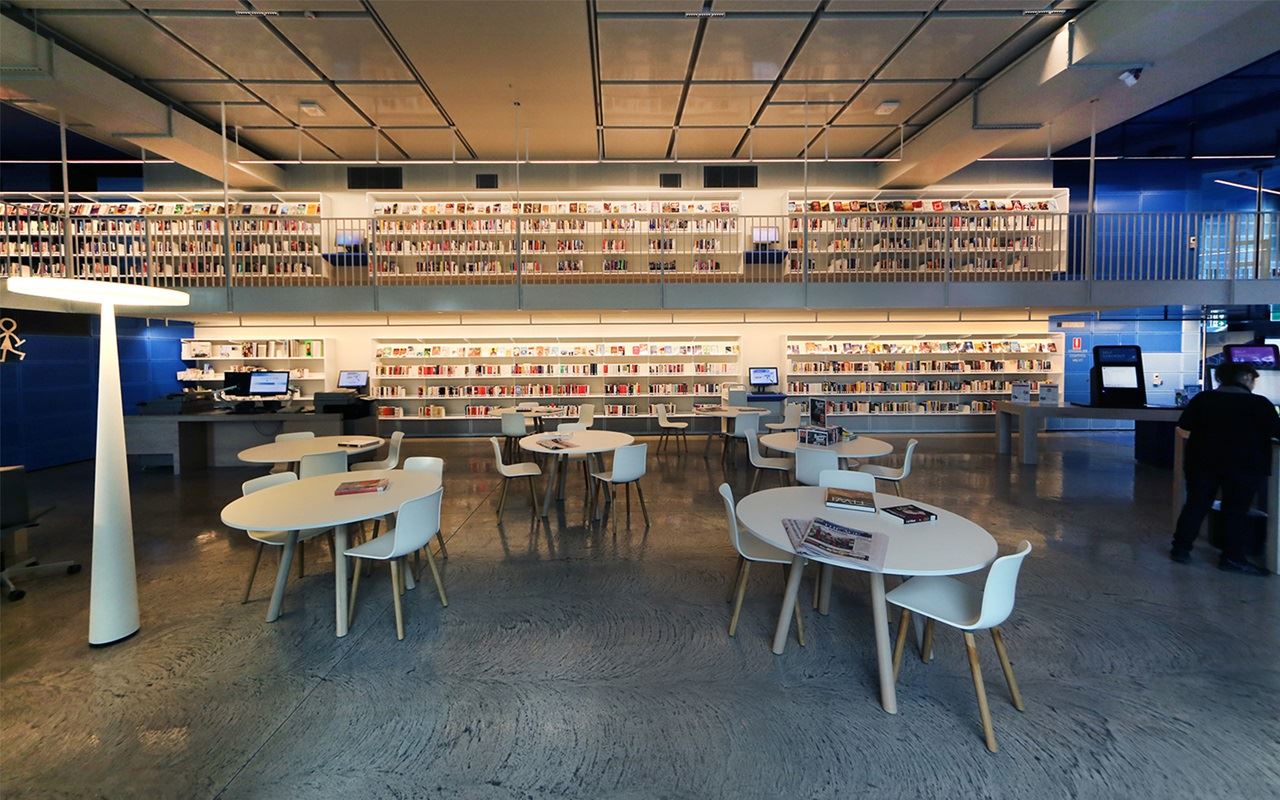 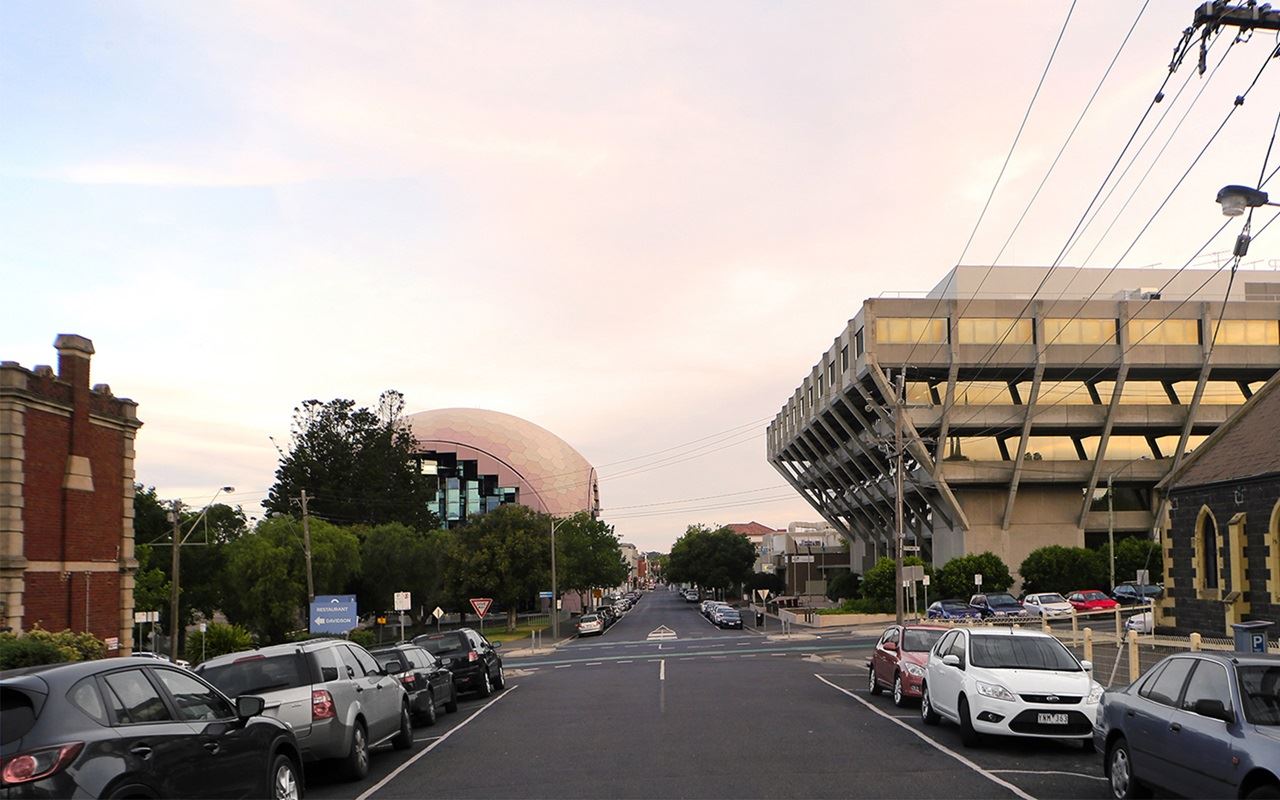