Manly is defined by its world famous surf beach. Low key, low rise development on this part of Sydney’s northern shore hasn’t hurt its reputation either. Scroll down to read more and see the picture gallery.

No surprise it’s a low-rise project that echoes the best of modernist traditions, fully expressing its assembly and celebrating the natural qualities of place in climate and water.

Despite its size, the centre is in keeping with the suburb’s scale and fabric and the architecture while modern, retains a certain timeless civic quality. Its sparse forest of Miesian-inspired white steel is highly transparent and flexible. Extensive openings by way of bi-folding glass fire-station type doors, quickly convert filigree structure into a sequence of seamless inside/out spaces.

Viridian double-glazing performs a signature role of crisp transparency and ability to deal with the centre’s exposure to climatic extremes. The existing outdoor aquatic centre – dating from the design of Figgis and Jefferson Architects in 1974, now offers a diverse range of training and leisure options. Outdoor facilities comprise a 50 m x 8 lane competition pool also used for water polo, a children’s wading pool and a 25 m pool.

“I love glass, it is a simple and ancient material which just gets better and better. Because we decided to have such large areas of glass, the insulation issue was really very important.” Michael Davies, Architect

Viridian speaks with Michael Davies of TompkinsMDA Architects about his design, less as style than facility fully fit for purpose and place:

Viridian: What’s the key to projects where you are working towards making structure dissolve and disappear rather than the heavyweight impact?

Michael Davies: One of the things I really like about community work is that at the end of the project, if it’s
successful, you feel that you’ve contributed something to the people who use your building. That’s always been very important in the work we do. This is a light building in so many ways. It is about architecture that feels uplifting and optimistic and caters for a really diverse range of community needs. We didn’t want the building to get in the way of that. Our role is to facilitate activity and that dissolving and disappearing of mass that you describe is part of that process.

All architecture is a series of obstacles to be overcome. Are there any particular obstacles you had to hurdle or, in this case, swim past?

Well, this has actually been one of the most difficult projects of my whole career. The site was highly constrained and we eventually found rock beneath the site, one metre deep at one end and 18 metres deep at the other side. The building sits on bored piles and that delayed the project somewhat. In addition, it knocked the budget about to some extent as well, very early in the piece. Other than that, the design stage was relatively trouble-free.

What do you consider the project’s standout qualities?

I think the interior space is probably the most important aspect. The building, by the nature of the site, became triangular. It’s more or less a 45 degree triangle. We struggled structurally to avoid a column midspan of the longer span. The longest truss is 62 metres long and it’s 3.6 metres deep. It’s basically a conventional sawtooth roof. The important part about it is that there’s daylight directed from the south, so that there is no need for lights during the day, yet direct sunlight that would reflect off the water surface is not admitted. The building has immense volumes of daylight, like all the other centres we have done. I think that, together with the scale of the space, indeed, the enormity of the space, if you like, is the most successful aspect.

There’s almost a paradox here of achieving a huge volume yet keeping a scale that avoids any sense of a shopping mall. We’re in the age of mega-structures and everyone wants the whopper. You strike a good balance of user fit and scale.

Thank you. I think the most the important thing about this space is that whilst it is very large, it has many
different activities within. There’s also a 1.2 metre split between the upper ground floor (entry) level and the
lower ground floor. The upper floor has the leisure pool, the change rooms and the sauna /spa suite. The leisure pool incorporates a number of different architectural forms including a wave wall, along with an assortment of water features. The pool floor is patterned and coloured in a composition influenced by the work of Wassily Kandinsky.

So, it’s a little big structure, or big little structure?

I think it’s a successful space insofar as it is divided vertically with all levels able to be perceived at once
and articulated by the cylindrical form of the kiosk and the wave wall we talked about before. Unlike say, a shopping centre, the outlook is through glass. On the north side, we have about 65 metres of glazing which is six metres high and faces north and looks out onto the existing outdoor pool. On the south-east side, again, there’s a huge glass wall that faces onto landscaping. Beyond that central space it is very open and gains daylight from the roof-level glazing as well.

Well, that’s certainly true. The reason we get so much satisfaction out of this building type is because it involves people having fun. It’s terrific when the building has had a difficult start-up time as this one did,
to see it finally open and people enjoying it to such an extent. The one thing I like about the management at
Manly is that they seem to leave the water features on, they don’t turn them off and have sessions. There’s a lot for young kids to do here. The 25 metre pool’s also being used by the fitness swimmers, who didn’t want the centre in the first place. It’s exciting to see people using your building and getting so much enjoyment out of it. It contributes to one’s sense of usefulness.

Glass is quite a critical component in your design.

I love glass, it’s a simple and ancient material which just gets better and better. Because we decided to have
such large areas of glass, the insulation issue was really very important. The way we went about that was to use a performance specification. We set out the U-Value for the builder who was given the option of selecting products for our approval, which complied with that.

I was very pleased when they chose to use Viridian and they also elected to use double-glazed units. What we
have throughout the building, and there’s a huge 1400 m2 area of it, is 6.38 mm of laminated glass, 12 mm of argon gas, and 6.38 mm laminate again. It’s all clear glass, which I’m very happy with, and it’s double-glazed throughout. There’s a huge area of double-glazing throughout the building, which is why it’s so crisp and clear.

Any other pool related issues to consider with regard to glass and structure?

Since the advent of Section J, sophisticated glazing has become very, very important in order to provide
sufficient insulation. In most aquatic centres the pool hall is heated to one or two degrees above the pool water temperature. In this particular case, it’s able to be heated year-round and certainly during winter to 30° C.

The consequence of this is that in the early winter mornings, particularly in a district like this, there are potentially high levels of condensation on the glass which, once mixed with the chloramines in the pool hall
atmosphere, has the effect of creating corrosion on the structural steel. Insulation of the building is therefore
very, very important. In this case, we have a very high level of insulation, together with a very sophisticated
protective coating on the exposed steel structure

‘Transparency’ appears to be the new mantra for this kind of project.

It was very important in the integration of the new indoor centre with the existing outdoor facilities, and the general integration with the outdoor environment in this case. Our experience is that people actually don’t like indoor heated pools, particularly in summertime, which is why we have those very large doors. Transparency and daylight is an important part of people enjoying the space. Transparency is achieved by the external window glazing and also by the use of glass balustrades internally throughout.

There are a lot of balustrades in this building across the two levels and at the changes in level, all with 12 mm toughened cantilevered glass and stainless steel handrails for support. Viridian were great in explaining the various glass support methods we adopted, and on their advice, we left the final design to the contractor in accordance with the code.

Do the environmental challenges inside and out make this one of the more feared and difficult building types for the architect?

There’s no question about that – it is a very specialised area, which luckily, clients are starting to realise, due to the large number of failures. There are lots of technical issues. Mechanical ventilation is a major one insofar as you’ve got to get the right number of air movements through the pool hall and that’s a lot of air being moved about. We try to avoid the typical engineering solution of running huge circular ductwork all over the place.

At Manly and in most cases, we supply the warm air at low level through a series of under-floor masonry plenums and the air is forced up the internal face of the glass, which helps to alleviate condensation in winter.

Any other issues that spring to mind?

There are lots: Corrosion is probably the major issue, which is linked to some extent with the mechanical
ventilation which can be used to assist and reduce the corrosive vapours. The way the building is detailed is
also an important way of reducing condensation, horizontal surfaces on which condensation can collect are a no-no and as I said before, insulation also helps to reduce condensation and therefore, corrosion. There are also serious acoustic issues in this building type, which can impact on safety and user comfort.

The interaction of these and many other physical issues is very interesting and another reason why we get so
much enjoyment out of designing and delivering this type of building. There have been a lot of failures in this
building genre. Touch-wood that hasn’t happened to us. Certainly, we’ve learnt a lot having done six such
buildings over a period of 25 years, but you never stop learning and the knowledge gained to date has all been incorporated in this project. 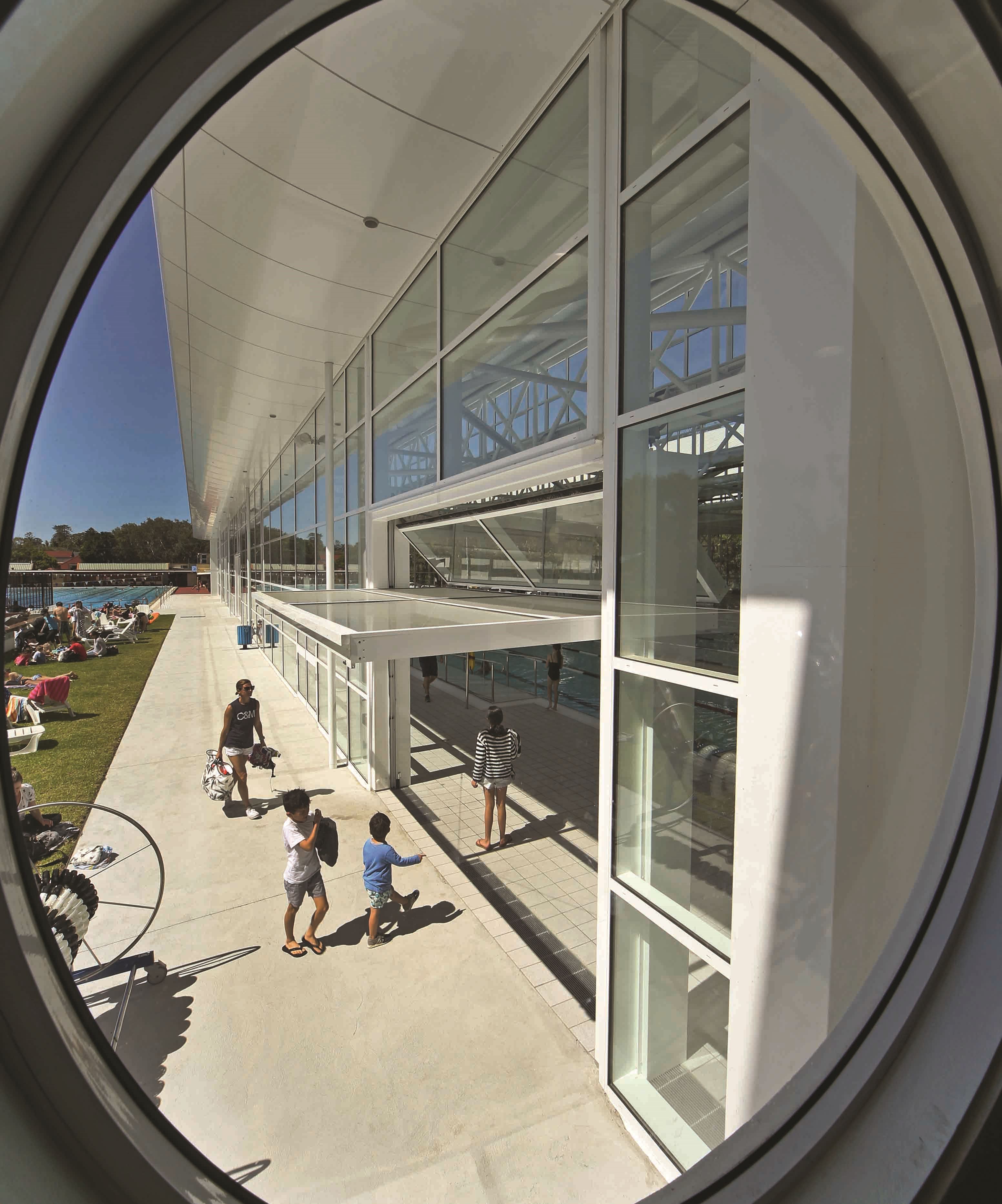 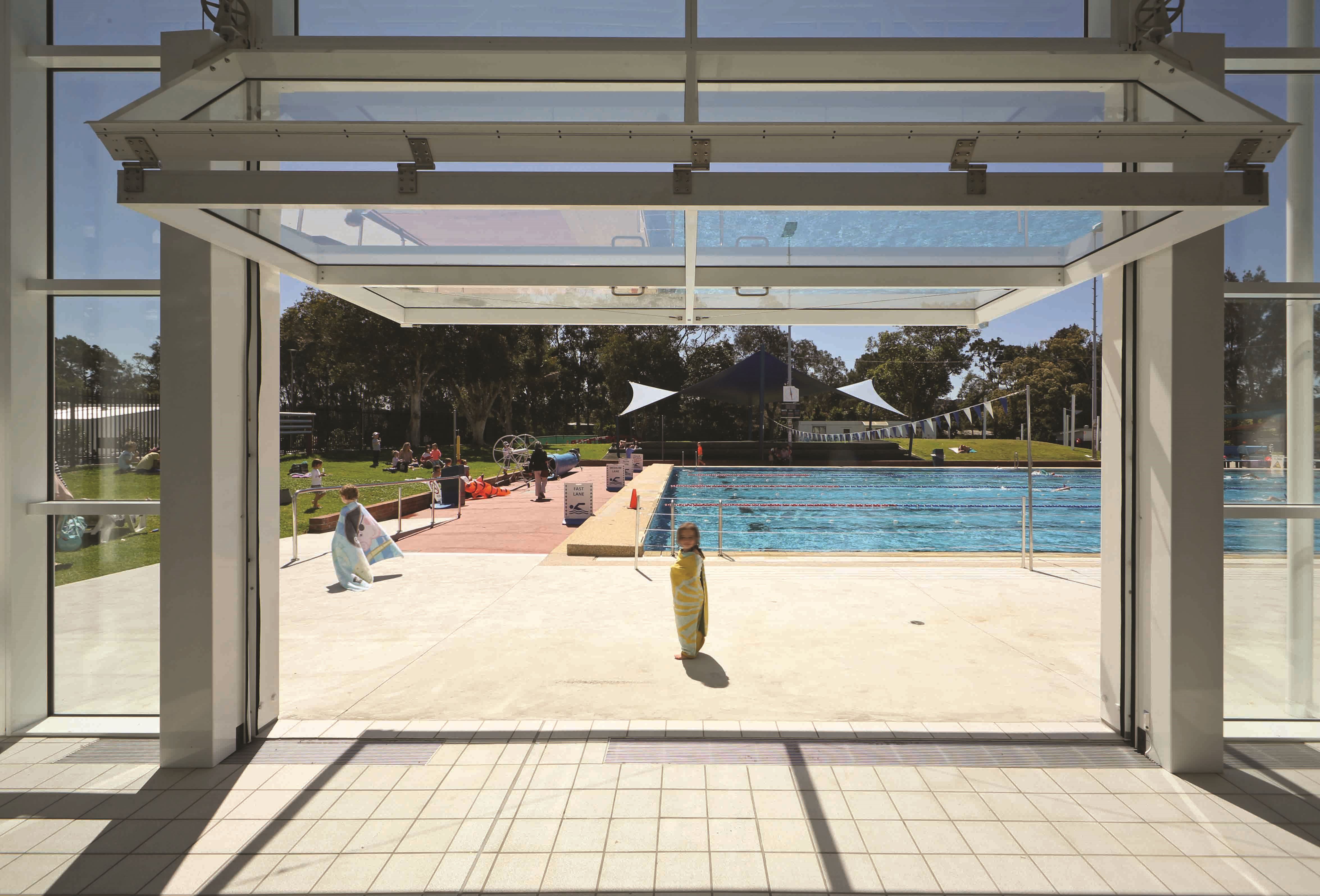 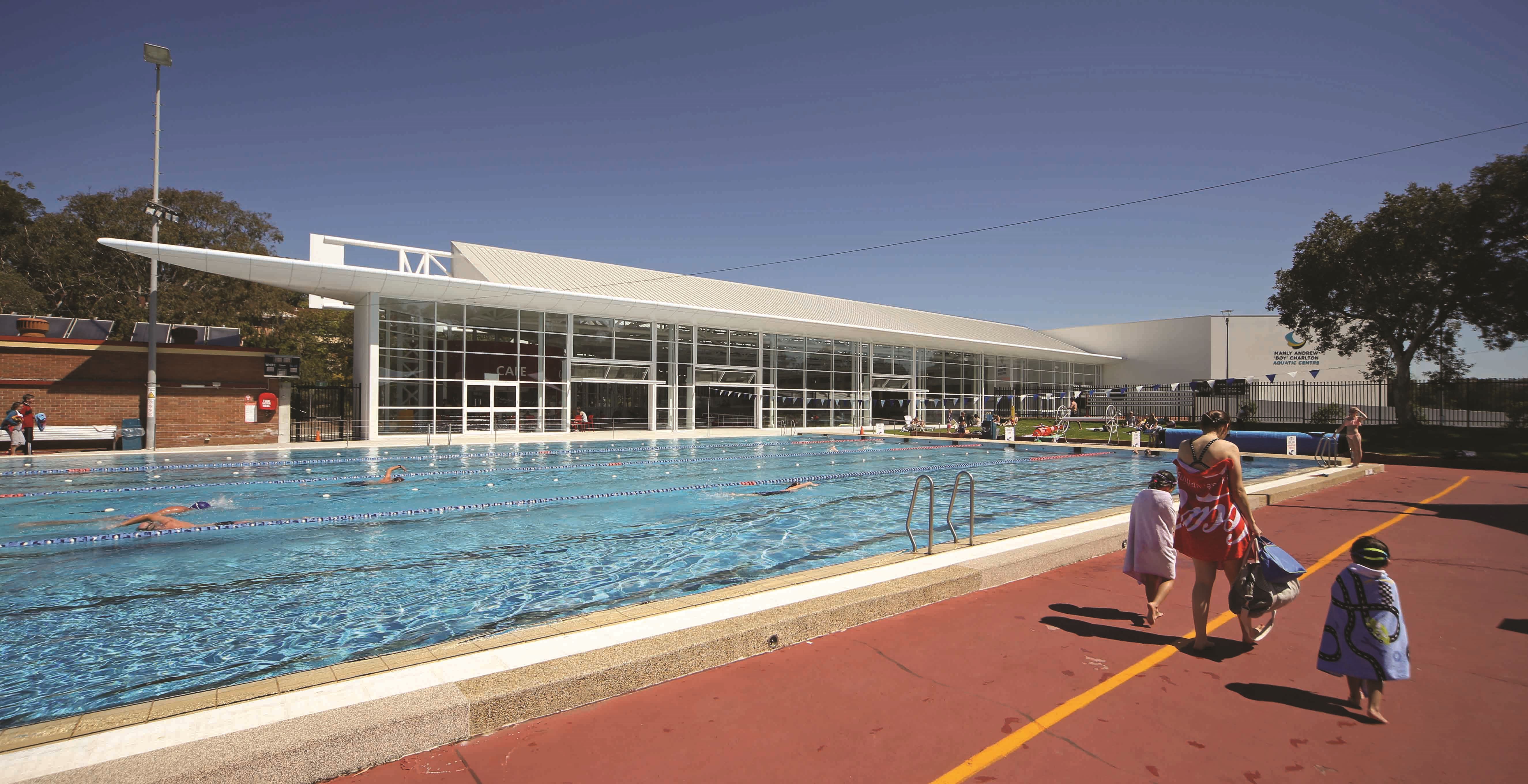 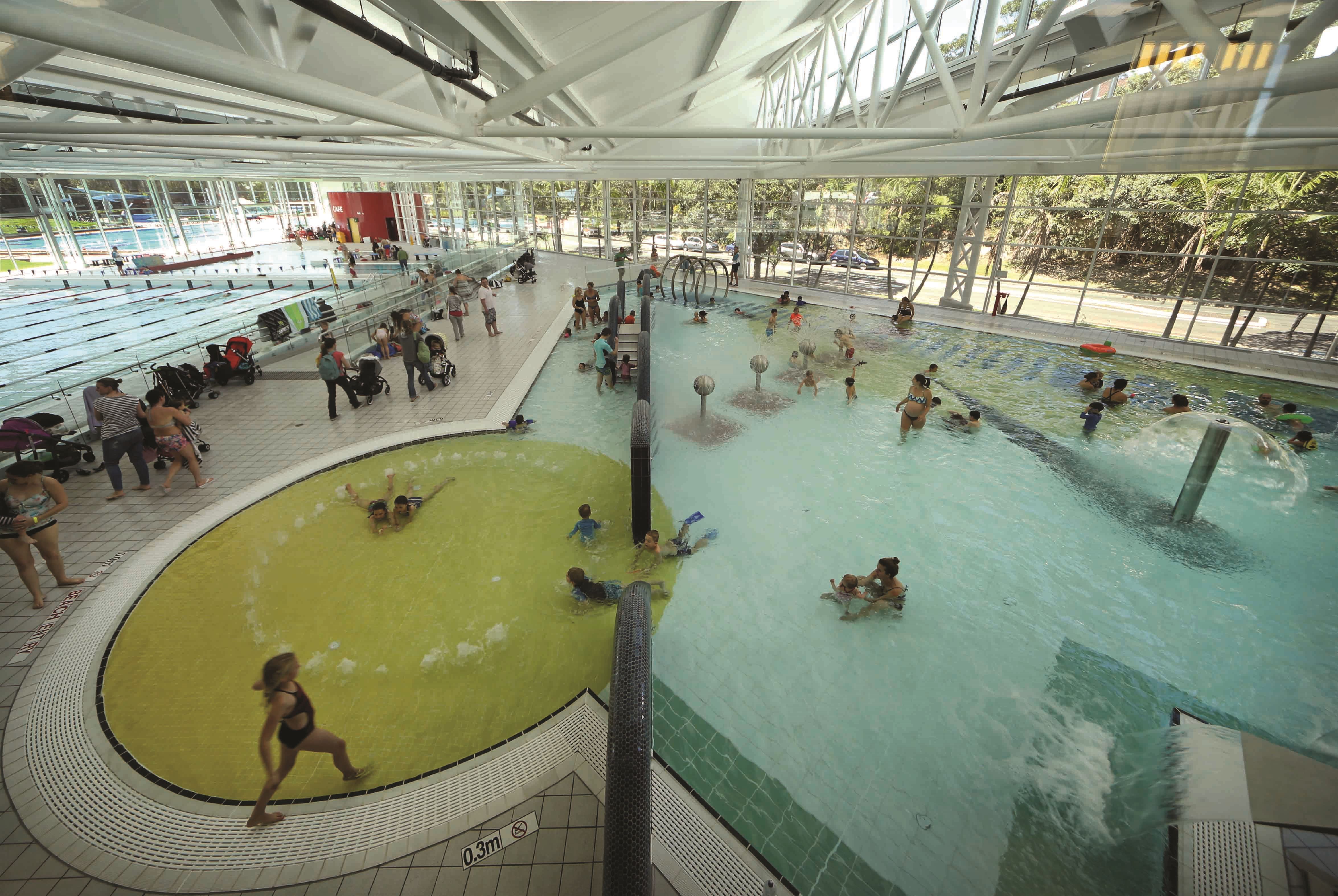 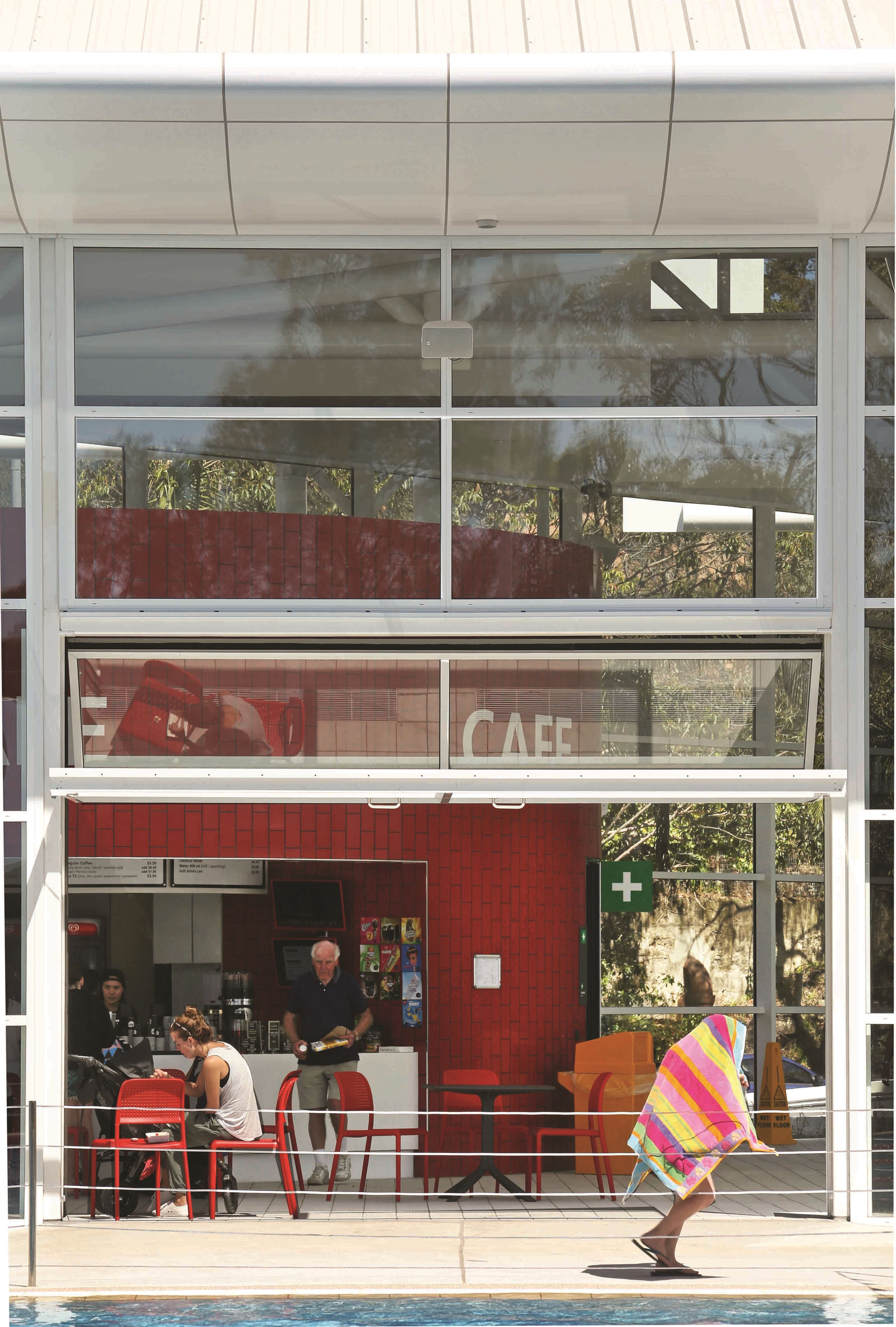 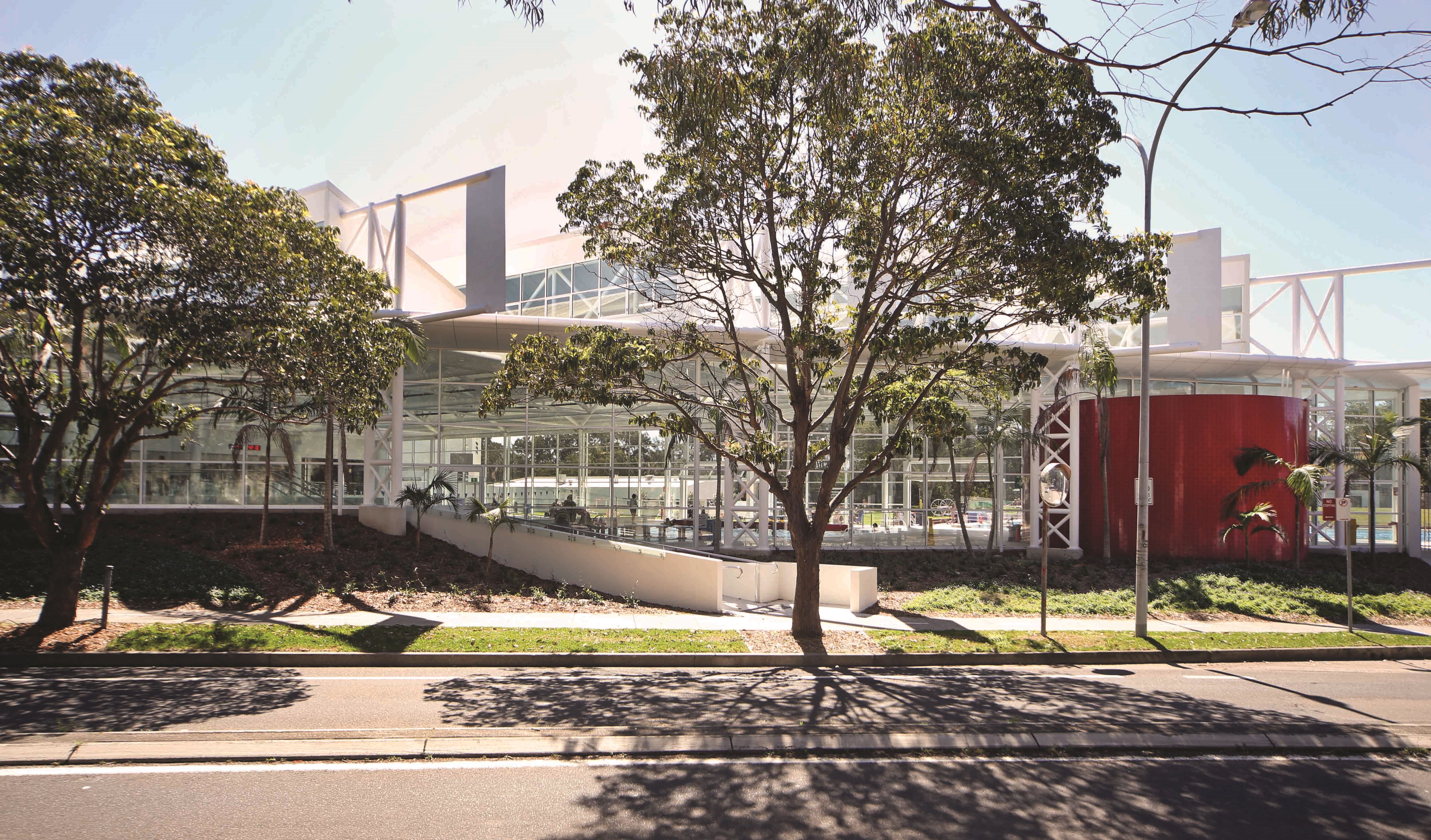 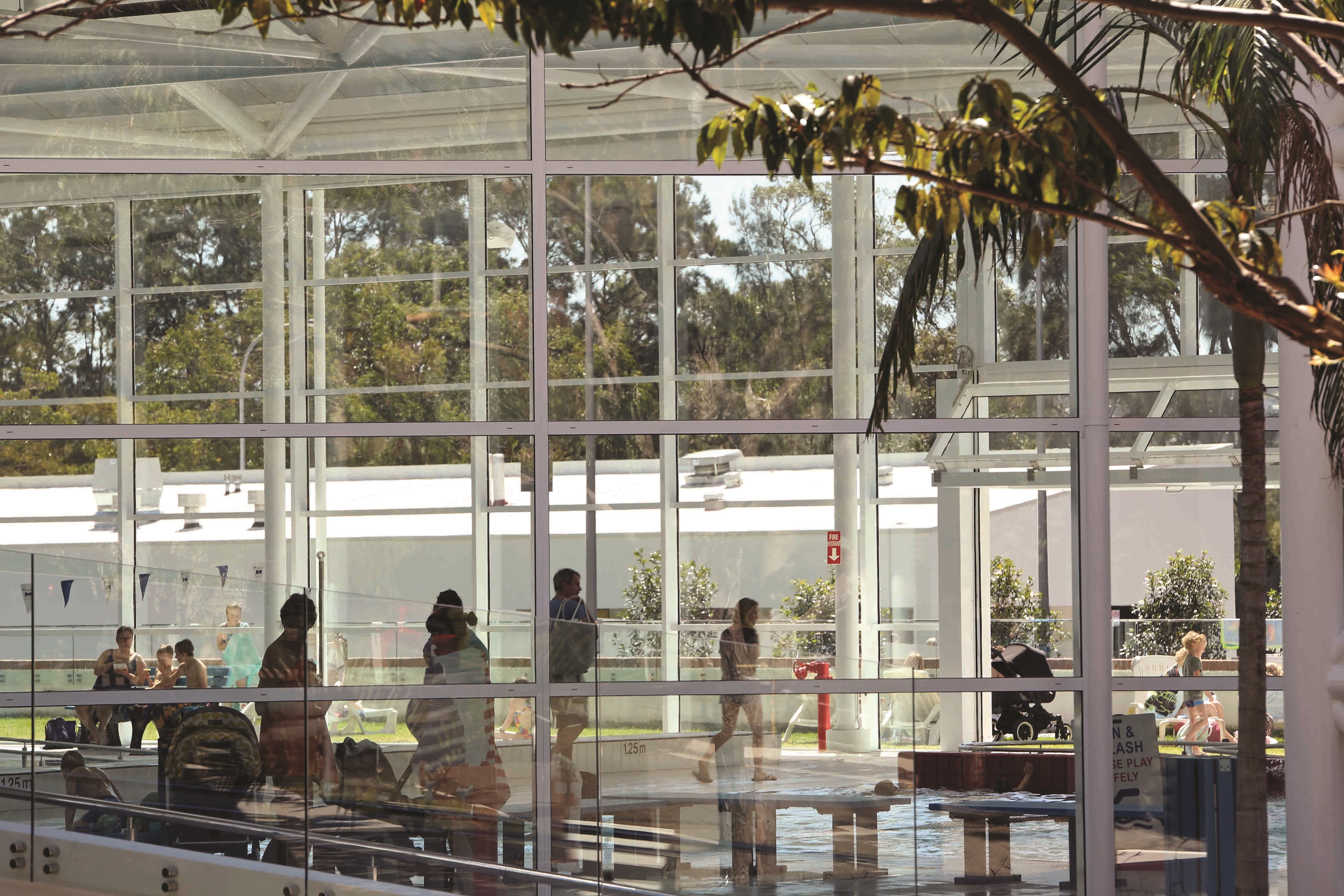 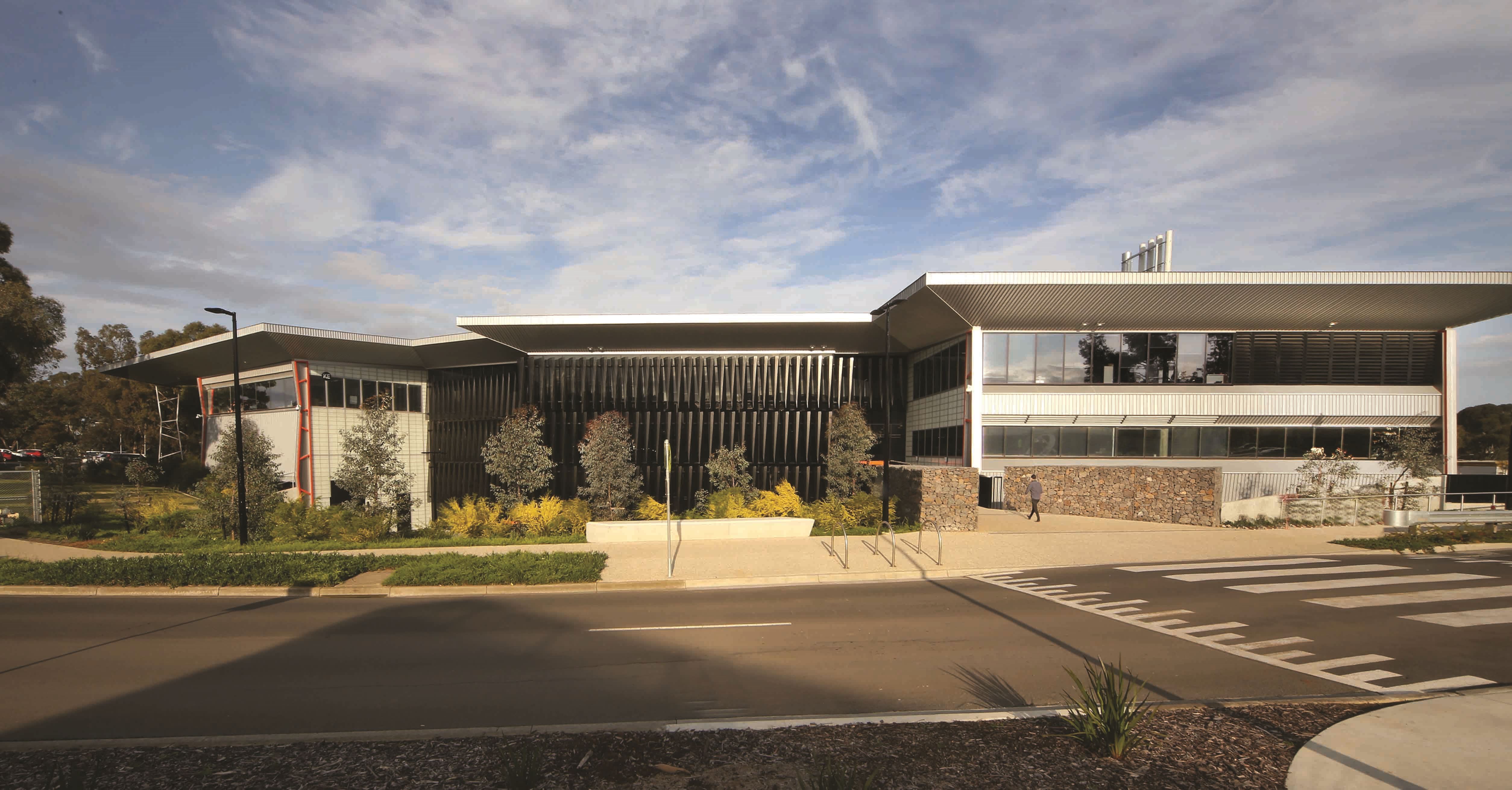 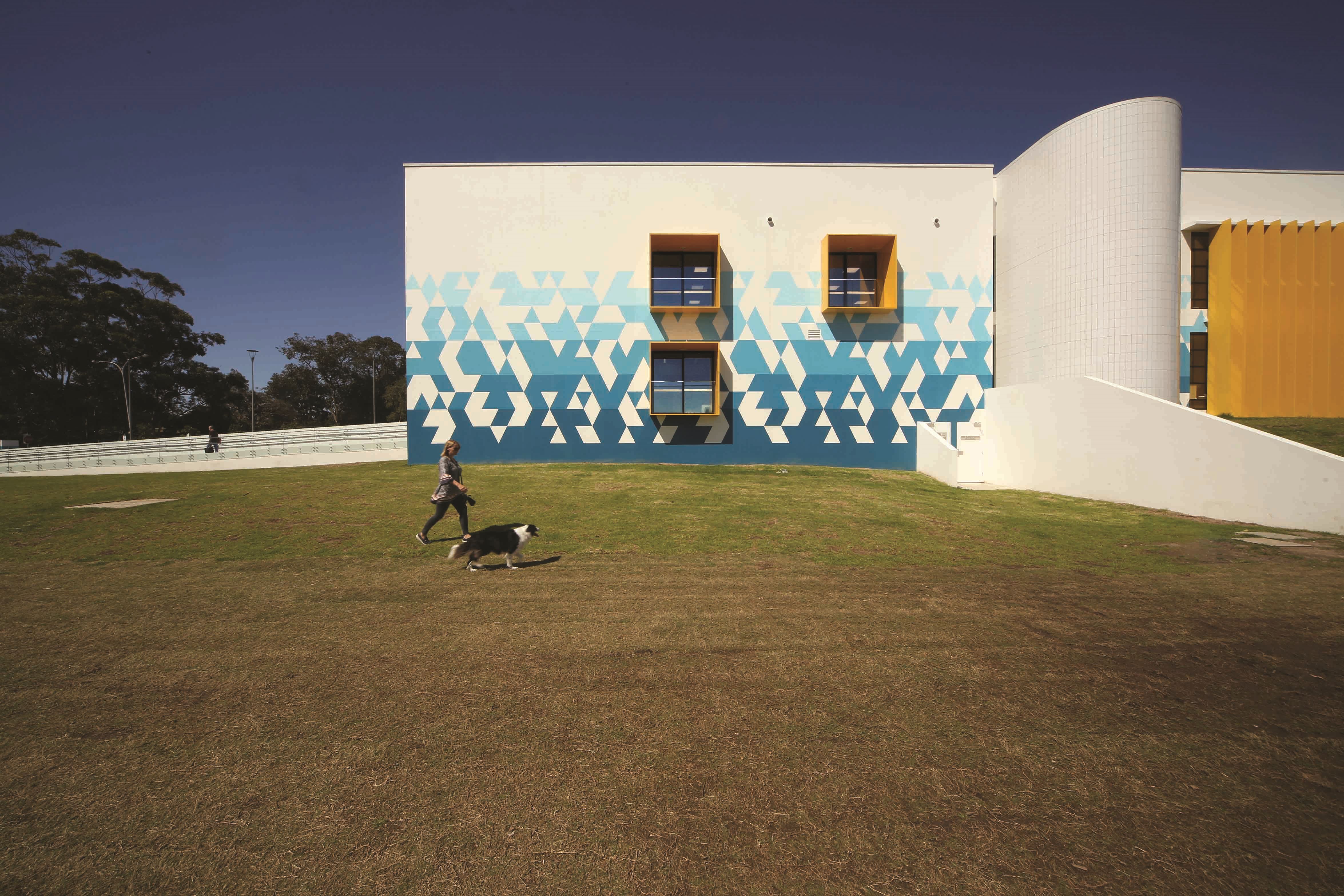 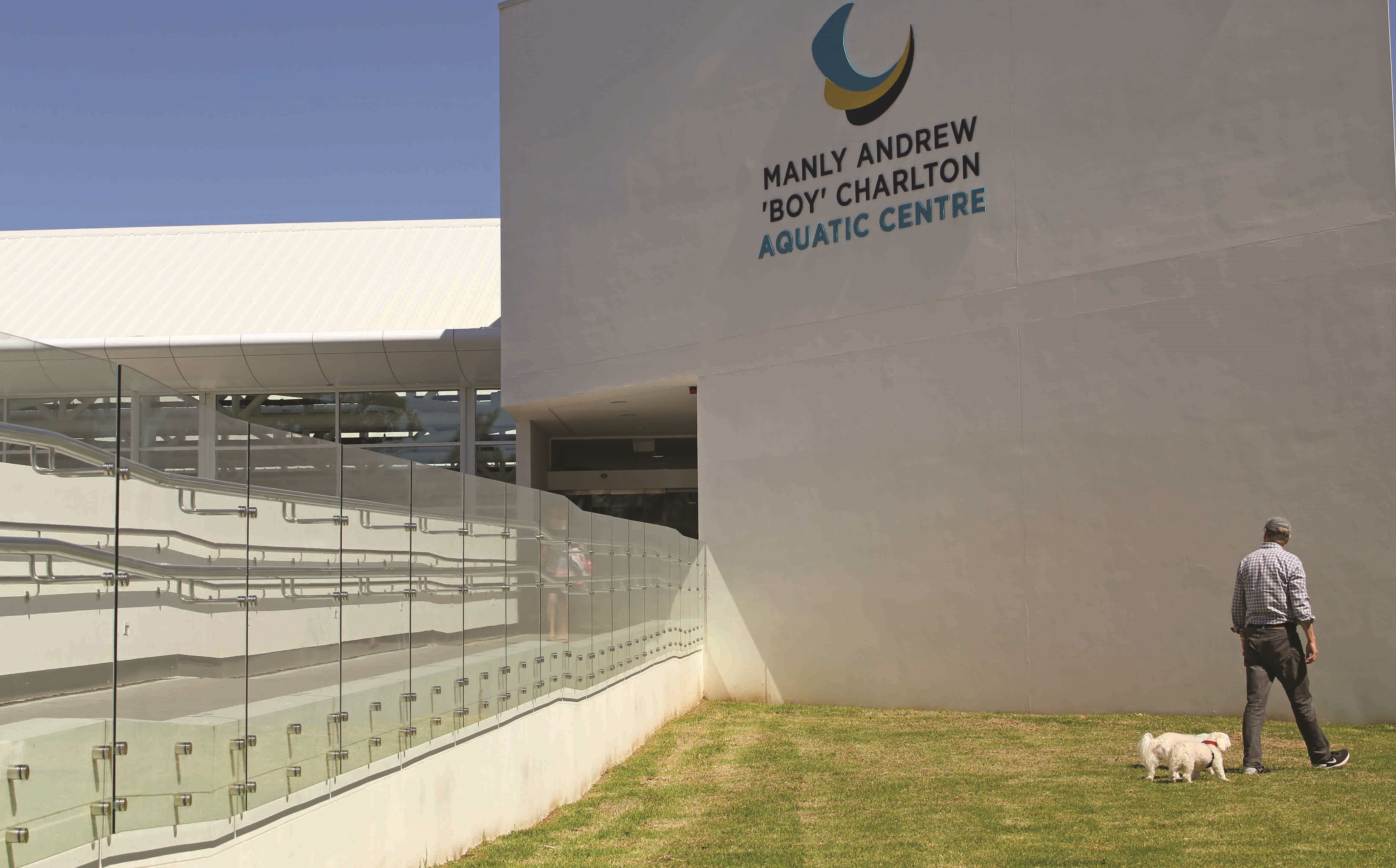 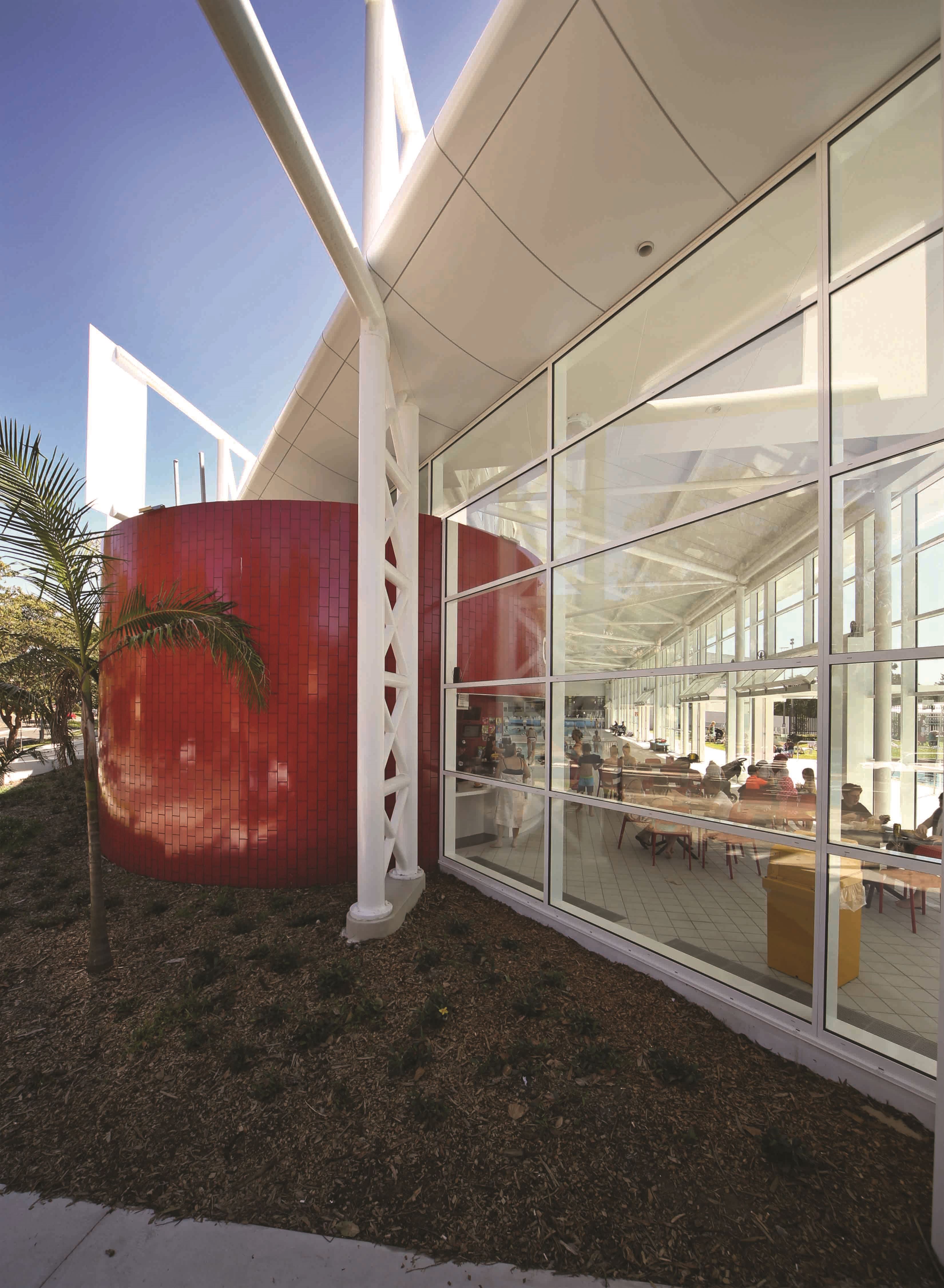 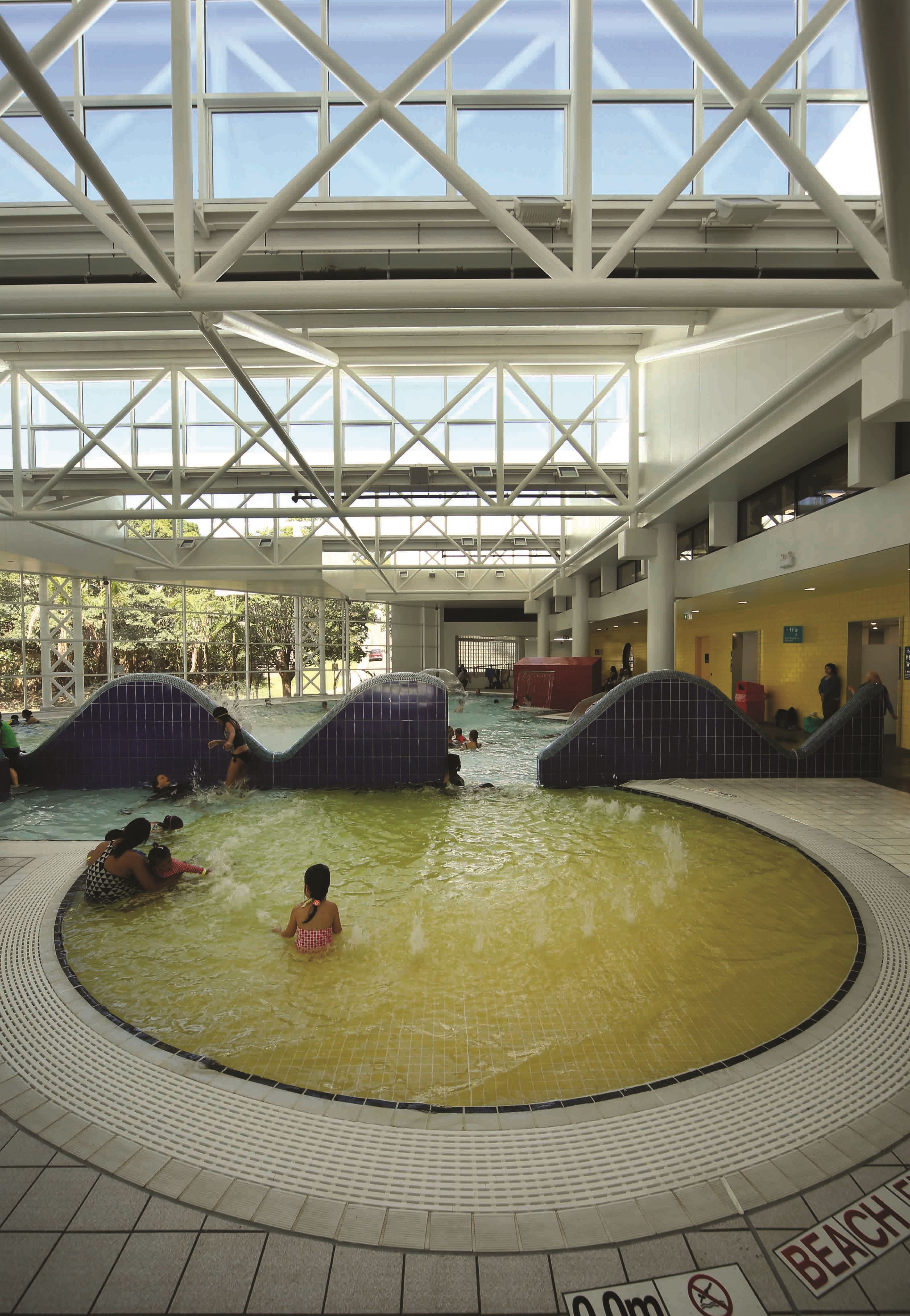 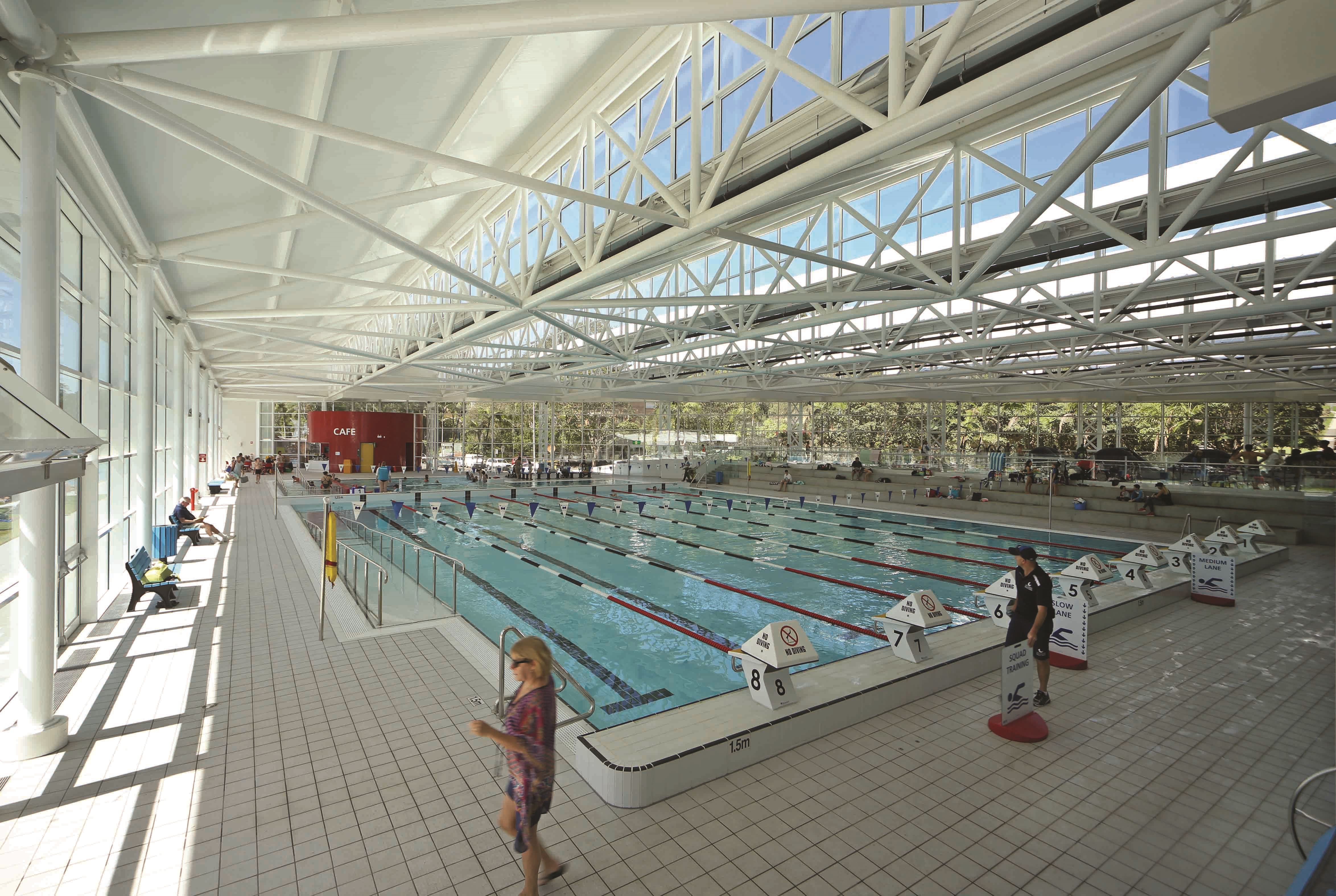 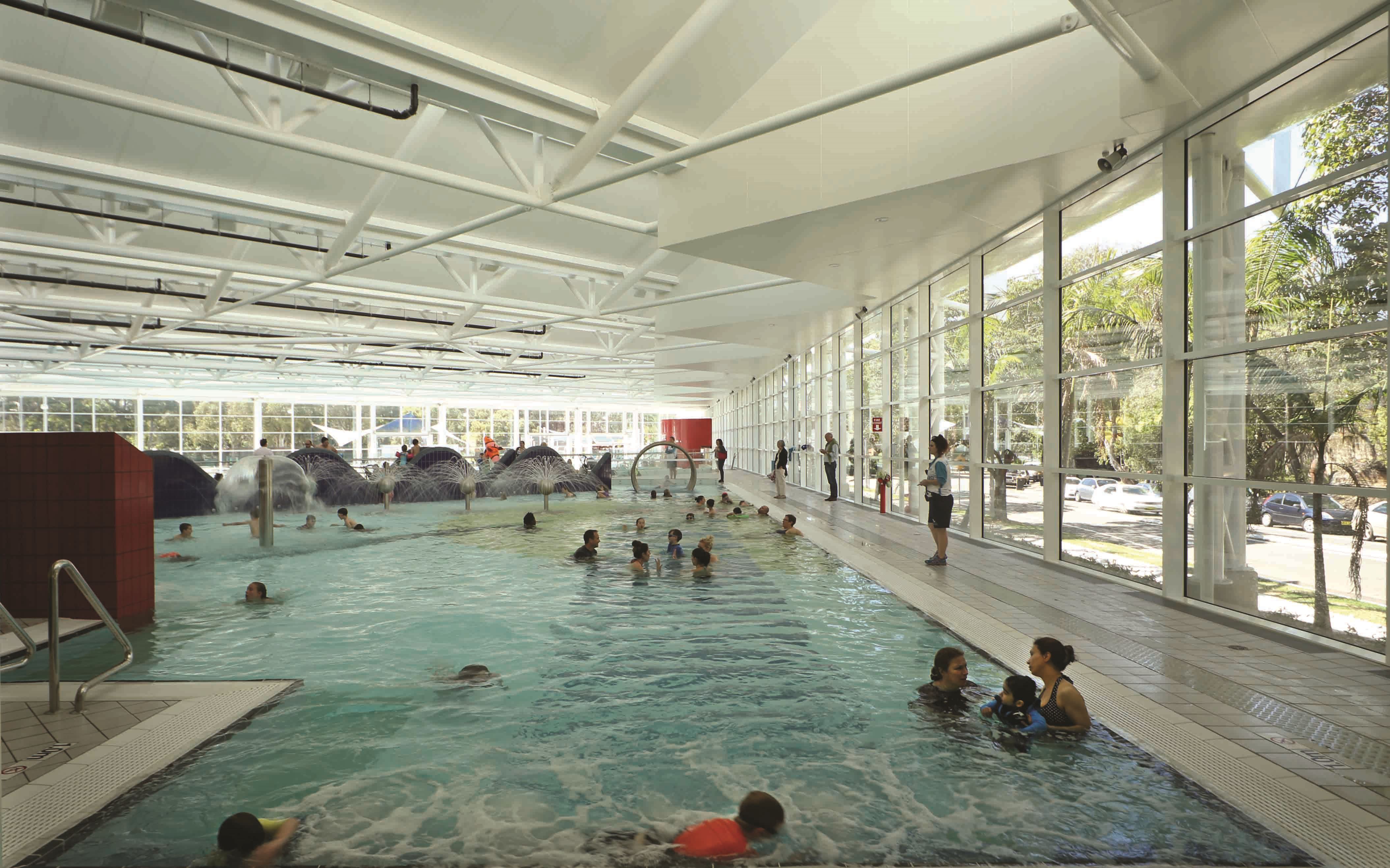 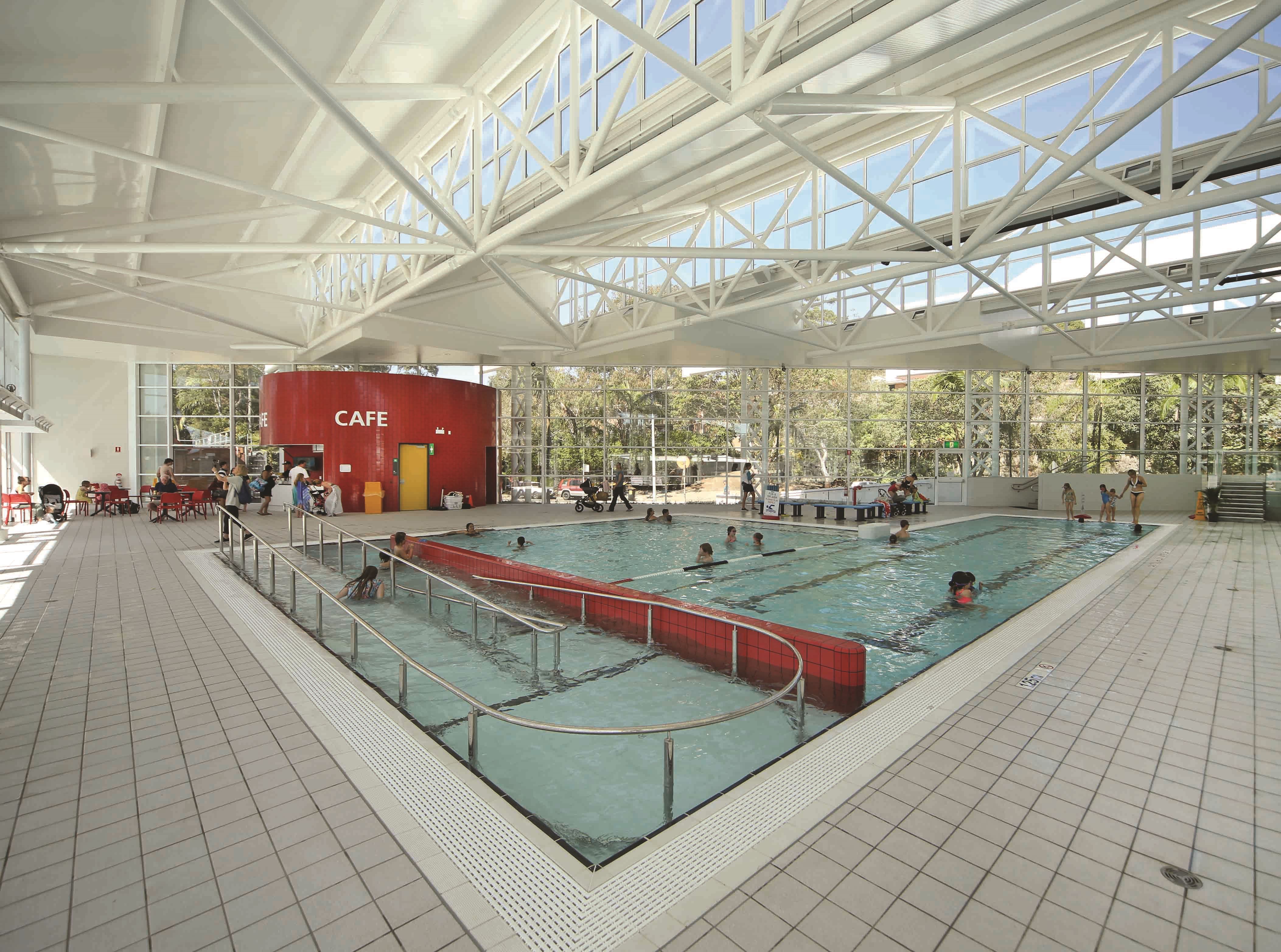